After being praised internationally for its successful handling of the coronavirus pandemic, South Korea began a transition from intensive social distancing to ‘distancing in daily life’ last week. 50 Best spoke to Keith Motsi, head bartender at Charles H in Seoul, to understand what this has meant to his bar and how Koreans have responded to the spike in cases in recent days since the restrictions were relaxed

The South Korean capital of Seoul has been held up as a global example for major cities to follow in their response to the coronavirus pandemic. The fourth-largest economy in Asia and officially ‘the most connected country in the world’, based on its citizens’ access to technology, took fast and significant measures to quell the outbreak among its people without the implementation of full lockdown.

After registering its first Covid-19 case on 20th January, the country undertook expansive measures focussed around widespread testing, significant contact tracing and mandatory tracking apps for Seoulites. The people responded well, adhering to these and putting the government in a position where it was able relax restrictions on Tuesday 4th May.

“The culture here means that people are more obedient than in other cities where I’ve worked,” says Zimbabwe-born, British-raised, Keith Motsi, head bartender of Charles H, which occupies a space in Seoul’s Four Seasons hotel and holds the No.14 spot on Asia’s 50 Best Bars 2019 list. “The people would finish work and go straight home. There was none of this ‘let’s go to the park’ that we’ve seen in other countries.” 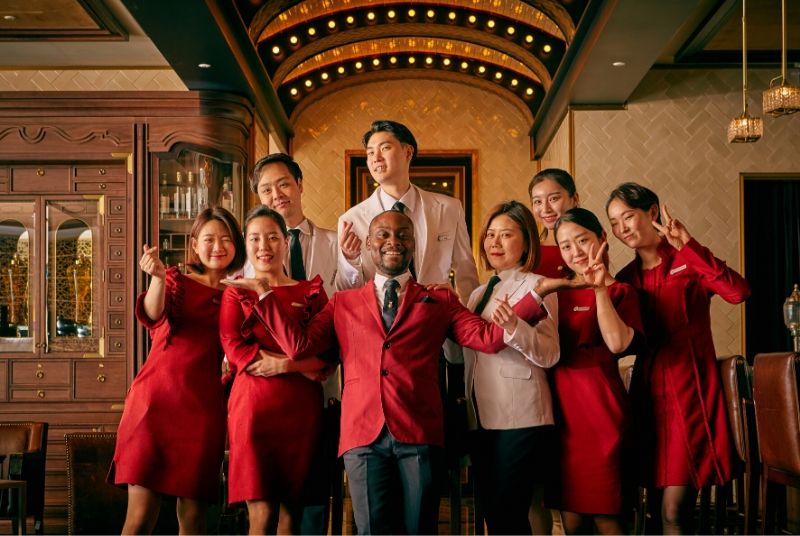 Set in the heart of Seoul’s CBD in the ancient quarter near the palace, Motsi’s bar has always experienced brisk trade from businessmen and women who will use it for meetings and after-work drinks. “It was awfully slow for a period, but what the government did extremely well was applying the tracker app. You would get an alert every morning to let you know if and where the cases were. It meant that if there was a case in the east, people would just head to the west of the city. There was no lockdown, just the information that we should avoid a certain area.”

The tracker app is the key method that international governments seem keen to replicate. Those who tested positive would be required to detail their movements, aided by GPS phone tracking, surveillance camera data and bank card transactions. This information was passed to the Korea Centres for Disease Control and Prevention who would issue alerts, in real time, about where infected people had been. All this data would arrive before a person’s own positive case was confirmed, so they could start isolating before they could pass the virus on.

Back in business?
After relaxing its restrictions, Seoul has seen a spike in cases in recent days, prompting President Moon Jae-in to release a televised statement on the third anniversary of his inauguration. “It’s not over until it’s over,” he said. “While keeping enhanced alertness until the end, we must never lower our guard regarding epidemic prevention. We are in a prolonged war. I ask everyone to comply with safety precautions and rules until the situation is over even after resuming daily lives.”

The rapid-response contact tracking traced the cases to one man who had visited a number of nightclubs last weekend, which extended to a network of 1,500 individuals who have now been asked to isolate. “The clubs have been handling it very well,” says Motsi. “All those going in are asked to give their contact details so they are easily contactable in situations like these, should they arise.”

He has seen a positive effect on his business at Charles H, reporting some excellent numbers in the bar immediately after the restrictions were relaxed. “We’ve been doing between 125 and 160 covers in the past few days and we have a seated, socially distanced, capacity of 85. We’ve been running a waiting time of around 30 minutes,” he explains. Many of the bars, particularly those operating in hotels such as Charles H, serve food and use a restaurant licence, meaning his bar is not affected by the immediate cessation ruling applied to clubs and party bars in the Korean capital over the weekend. 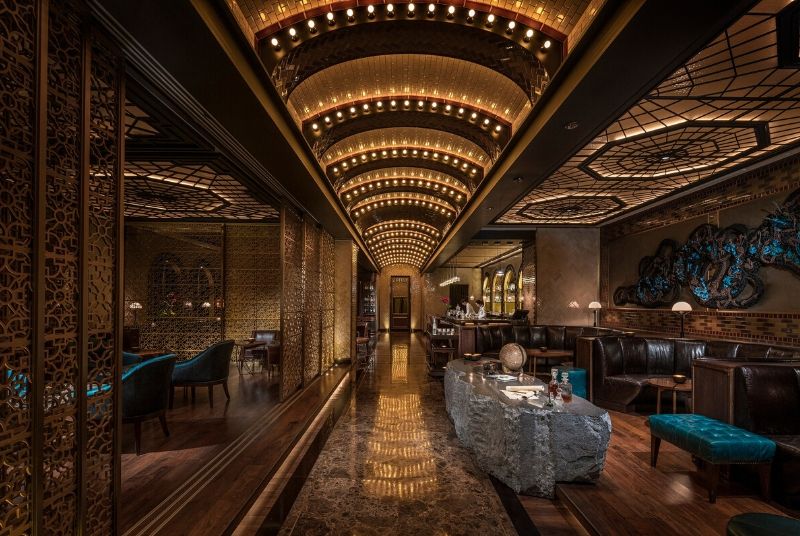 It will be a staggered return for regulars
In the period immediately proceeding the relaxation of restrictions, Motsi spotted an intriguing pattern in those who came in for a drink. “The situation as it stands now, we have a busy bar, taking into account the social distancing precautions we have in place. But the day after we opened properly, our younger guests weren’t present,” he says. “The first people to come back were the ‘old uncles and aunts’ as we call them. The kind of people who have been working in the CBD for years and have always stopped in for a drink on the way home. The younger guys came two or three days later and were clearly a little more worried. But after a day or so people became more relaxed and now, around a week on, we’re back to the same mix of guests we have always had.”

Everyone’s an expert now
If there’s one thing that lockdown has taught us and that our campaign #PassTheShaker has shown, it’s that people don’t like missing out on an evening tipple. Home mixologists are practising their skills all over the world with mixed success, and they’re ready to talk about it. “Pretty much everyone I’m serving has been making cocktails at home – every man and their dog is now an expert,” says Motsi. “It’s been very funny to discuss. I’ve had a lot of them saying that ‘this bartender I saw on Instagram made it this way’, or ‘you’re doing it wrong’. Bartenders have all of a sudden become more accessible and there’s definitely been more of an appreciation of our skills.

“A lot of guests are also saying that they’ve been trying to make drinks at home and no matter how hard they try, they’ve not been able to do it like we do. I’ve had a lot of ‘I don’t know how you make this delicious’, which has been great. All bartenders love talking about their drinks and this period of confinement has given people the confidence to engage.”

Give the people something new
Motsi and the team at Charles H took a gamble and launched a new menu while business was at its slowest. Called Miami City, it is inspired by the travels and writings of legendary bon vivant Charles H. Baker Jr, who gives the bar its name. The new menu features modern interpretations of cocktails recorded in Baker’s famous book The Gentleman’s Companion. “We weren’t sure whether we should go ahead with rolling out the new menu, but I’m glad we did,” says Motsi. “People had something new to try and look forward to experiencing. It wasn’t like they were coming back to the same old drinks, which certainly appealed to them. I would certainly advise other bartenders to give returning guests something different to try.” 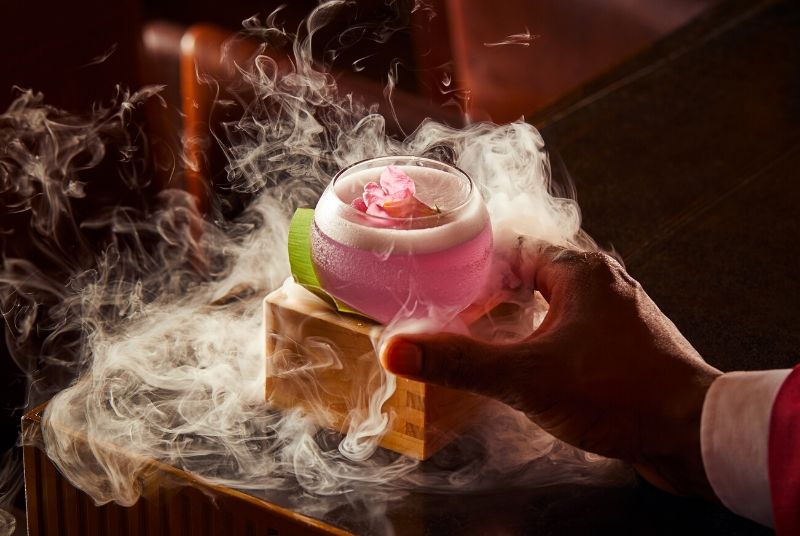 The Tahitian Unicorn cocktail from Charles H in Seoul

From this new menu, Motsi’s runaway best-seller has been Tropic Moments, which includes an exotic blend of champagne, pineapple rum, melon, clarified banana milk and coconut foam. A taste of escapism, indeed.

Hospitality matters
As elsewhere in the hospitality world, guest safety is at the top of the priority list. “Of course, we need to make guests feel secure. All of our team wear masks while serving guests and we have arranged the room so the correct distance can be maintained,” says Motsi. “It can be difficult as the guests are the first to reach for your hand or look to give you a hug, but it’s important we stick to protocol.”

In spite of the weekend’s developments, Motsi remains positive. “The main thing I’ve noticed is that there’s more appreciation for the hospitality we provide for guests than ever before,” he says. “Even the more challenging guests that you get all over the world are showing respect for what we do. There’s a real buzz about the place here and I have no doubt the rest of the world will be exactly the same as restrictions are eased and people are allowed out again.”

Be sure to tune into the 50 Best Bars YouTube channel to follow the virtual ceremony for Asia's 50 Best Bars on 14th May.