What to expect from Peter Gilmore's new Quay

Peter Gilmore’s iconic restaurant on Sydney Harbour, Quay, reopens today after three months of renovations with a new menu and redesigned dining room. Here's a taste of what's in store.

Since its opening in 2001, Quay has become an icon of Australian fine dining under chef Peter Gilmore, who leads the restaurant overlooking Sydney Opera House that was voted into nine editions of The World’s 50 Best Restaurants extended list and earned three titles of The Best Restaurant in Australasia between 2009 and 2013.

When, at the end of March 2018, Gilmore and restaurant owner Fink Group closed Quay for a makeover, expectations were high. Since then, the dining room, kitchen and menu have been under scrutiny, and the newly reopened Quay has plenty of surprises in store. "For me, the most exciting element is having a new kitchen and the time to develop a completely new menu emphasising diner interaction," says Gilmore. 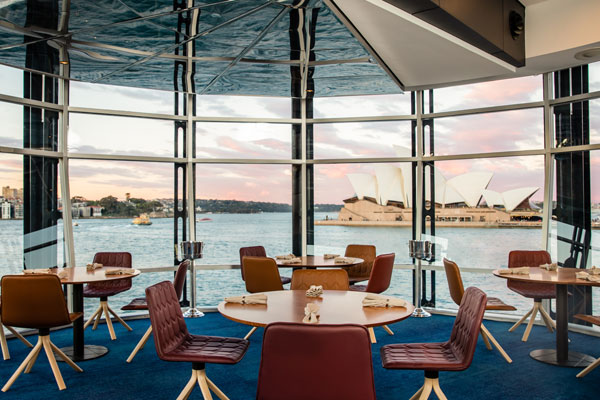 Among the design innovations, the restaurant’s 100-seat dining room has been divided into a number of more intimate spaces. “I have found in my travels that the best service has always come in smaller, more personal restaurants where you can engage with the staff,” says co-owner John Fink, as Quay’s new dining room was resized to seat 80 guests. A ten-seat dining room with floor-to-ceiling windows overlooking Sydney Opera House was also added.

The renewed focus on the guest experience also affects other aspects of the restaurant, with independently controlled lighting now installed on each table. “Lighting plays a big role in the dining experience,” says Group General Manager Jeremy Courmadias. “When you arrive, you want to be able to read the menu. As the meal progresses, so does the lighting, by the end of the night, it’s moody and relaxed.”

Gilmore’s nature-inspired cuisine also found an outlet in the dining room with the introduction of details such as stingray-patterned divides, volcanic lava stone detailing and a series of blue carpet pools evoking the colours of the ocean. For the first time in Quay’s 30-year history, the tables were stripped of white linen, replaced by modern-looking timber top tables. 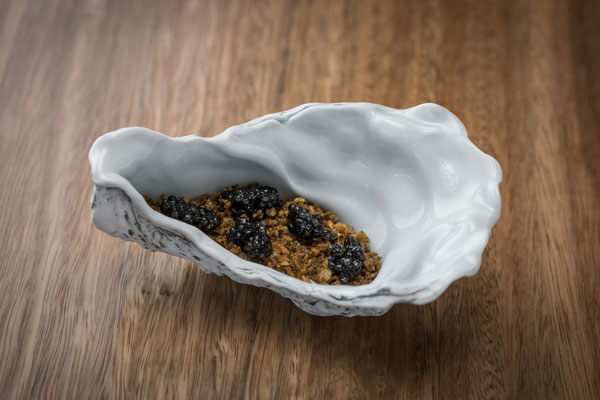 In line with Quay’s evolution, Gilmore spent three months devising a new menu for the guests. “Wiping the slate clean was a huge challenge, but ultimately very rewarding. It gave me the opportunity to revaluate everything from the smallest detail up,” says Gilmore, who even removed from the menu his iconic dessert, the Snow Egg.

Working with bespoke ceramics company Red Shed Studio Jam, Gilmore undertook new challenges in his cuisine, including what he defined ‘an oyster intervention’. Always inspired by and passionate about textures, Gilmore created his idea of the perfect oyster texture in the form of a silky oyster cream and a crackling made from the frill, topped with caviar and served in a handcrafted ceramic oyster shell.

With the help of his trusted farmers, fishermen and producers, Gilmore also introduced new ingredients to the 10-course menu, including specially grown produce such as red speckled peas, served in a dish with miso and anchovy, and Japanese Tennouji turnips, which feature with sand crab, kombu, squid and Wakefield cabbage. 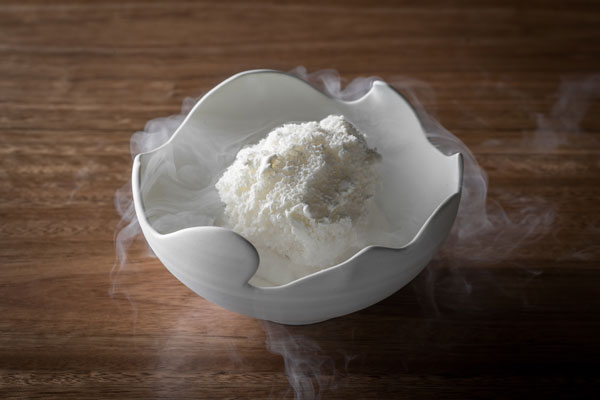 As for the issue of filling the Snow Egg’s shoes, Gilmore devised a new dessert, White Coral, featuring an aerated and frozen white chocolate ganache. “The effect is a light, porous structure that resembles a piece of white coral,” says Gilmore. “This is served on a feijoa ice cream with a coconut cream. The white coral is shattered with a spoon by the diner and the flavours of feijoa, coconut and white chocolate harmonise in a light, refreshing yet intense way,” says the chef.

Quay is now open Monday to Sunday for dinner and, from the 3rd of August 2018, it will also be open for lunch from Friday to Sunday. With a long waiting list expected for tables of two, the restaurant suggests grabbing a few friends and booking a table for four for better chances of getting a reservation.