Coffee in Australia, as you may have heard, is a thing. Just ask us. “The great new coffee bores of the world,” was how the late British restaurant critic AA Gill once characterised Australians. It’s fair to say, though, that wherever you find Australians, coffee can’t be far from hand.

There's no documentation of indigenous Australians consuming coffee before colonisation, and the British convicts who were first transported to the Australian colonies in 1788 had tea shipped along with them, not coffee. Espresso culture in Australia grew from cafés owned by Greek and Italian migrants, from small beginnings in the post-war immigration boom of the 1950s and 60s to the nationwide obsession that’s part of the cultural fabric of the country today.

In the last decade, says Fleur Studd, founder of Melbourne’s Market Lane, coffee has been lifted to another level entirely, thanks to access to higher-quality green coffee and a proliferation of micro roasters who have redefined what coffee is and can be. 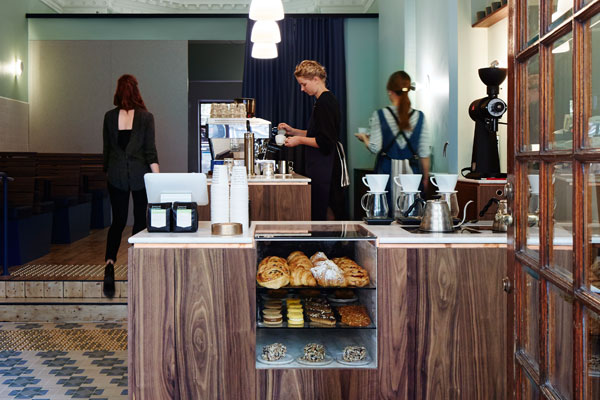 
Australians demand coffee that is distinctive and memorable, she says. “When you walk into many cafes now, the barista will be able to tell you where your coffee was grown, who produced it, and what variety it is. You will often be offered coffee brewed as filter as well as espresso. The menu will showcase coffees that are in season and specialty grade, and the labels on retail bags of beans will tell you when it was harvested and roasted.”

“For starters, they’re predominantly focused on espresso-based coffees (rather than the default filter coffee throughout much of the rest of the world) and tend towards a lighter roast style than in many parts of the USA or Europe. We’ve got a local vernacular for our coffee: the flat white, short black, magic and long macchiato. Most of these drinks are really just slight adjustments on the amount of espresso to milk to foam quantities, but even those small differences can determine whether your daily brew hits the spot.” 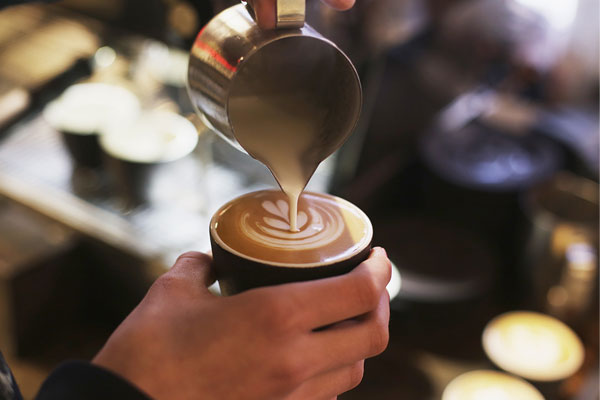 
Attention to design and detail are a common theme, adds Fleur Studd. “There will, of course, typically be a flat white on the menu, and maybe some smashed avocado on toast! As a nation, we do the breakfast/brunch-and-great-coffee combo really well, and it’s not unusual to spend an hour on the weekend lining up at your favourite café to get a seat. Historically, espresso-based beverages have dominated but, more recently, filter coffee has become a fixture on the menu (and a customer favourite) in most specialty coffee shops.”

And Australia, argues Dion Cohen, director of Sydney café and roaster Single O, is an innovator in the café world. “Especially in the espresso arena, where we’ve paved the way with sweet intense espresso paired with finely textured milk.” It’s a place, he says, where coffee is largely savoured without additives such as caramel and other flavourings, where a person can earn a living wage as a barista, and where the competition is fierce enough to keep being a driver of quality and a mother of invention. 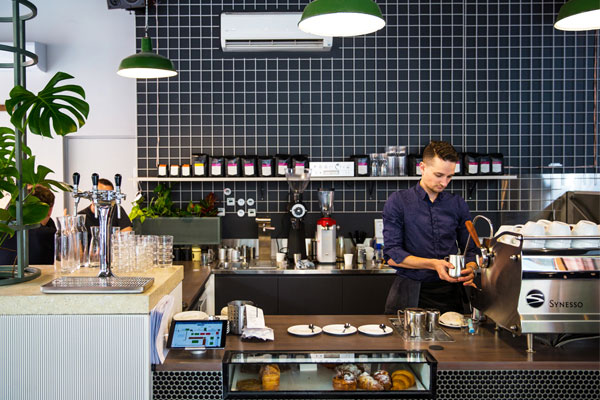 Where to drink it

Narrowing it down to 10 places in Sydney or Melbourne alone would be tough; 10 for the whole country is next to impossible. Start with this lot, and know that for every great venue we list here, there’s at least three others that are just as good. (With apologies to the fine people at Edition Sample, St Ali, Dukes, Mecca, The Cross, Brother Baba Budan, Abbots & Kinney, Strauss, Ona, Proud Mary, Artificer and the many other purveyors of good coffee also deserving of mention.)

More detail than you could possibly require about everything in the cup. Or just a great coffee. It’s up to you.

No food. No chairs. No worries.

The most Instagrammed breakfast spot in town, next-level avocado toast, and java you can set your watch by.

Some people think Australia’s capital is sleepy. With a menu that includes bone-marrow butter and fried eggs on toast and Don Bocarte anchovies sold by the tin, plus killer coffee, Barrio offers a sound rebuttal. 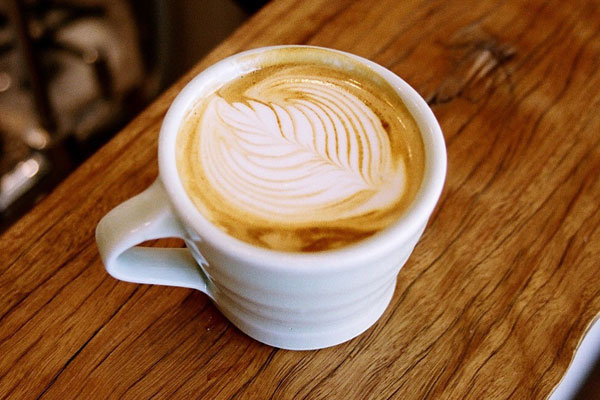 The Sydney coffee so good they even pour it in Melbourne.

Now also taking over Bondi Beach, the Sydney CBD and the city of Los Angeles. 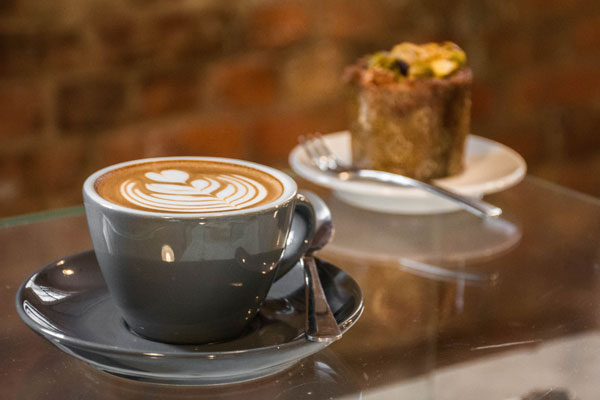 Flat white at John Mills Himself

The location is obscure. The name even more so. The quality of the coffee? Dangerously easy to comprehend.


In case you hadn't heard, The World's 50 Best Restaurants is going to Melbourne, Australia on Wednesday 5th April. Stay tuned for more news here, and follow us on Facebook, Instagram and Twitter for photos, videos and chef takeovers.