This week was a momentous one for The World’s 50 Best Restaurants, which celebrated its 15th Anniversary with some of the greatest chefs in the world at a special event in Barcelona, presented by Miele. From five inspirational speeches to an extraordinary party in the sun, here are 17 of the best moments in pictures. 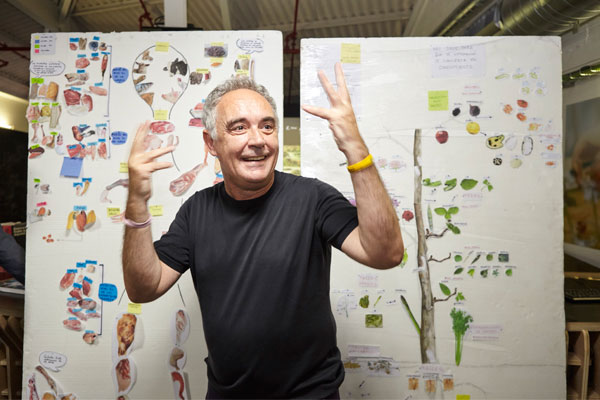 The day started with a tour of the El Bulli Foundation, where legendary chef Ferran Adrià talked a group of international media, chefs and gastronomes through the history of one of the greatest restaurants of all time: the five-time No.1 in The World’s 50 Best Restaurants, El Bulli. 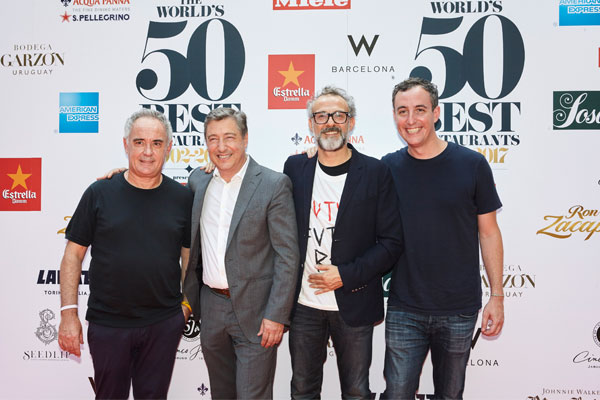 Chefs and owners from five of the present and former No.1 restaurants in The World’s 50 Best Restaurants list arrived at the Antigua Fábrica Estrella Damm in Barcelona for a special #50BestTalks event. Ferran Adrià, Joan Roca, Massimo Bottura and Will Guidara (all pictured) spoke alongside René Redzepi and Daniel Humm about their personal visions of the future of gastronomy. 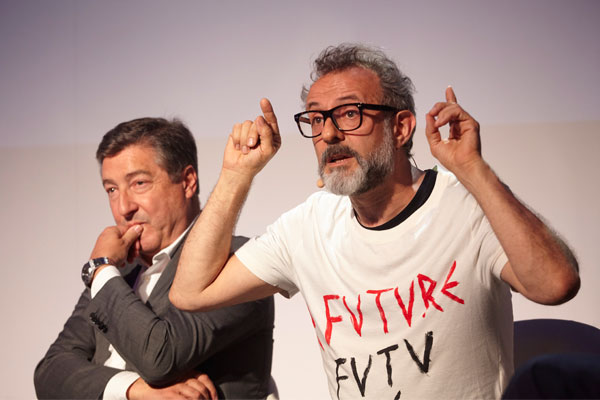 “In 2050, the prediction is that 400 million people will be undernourished. We are the revolution! We are part of the solution!” said Massimo Bottura, chef-owner of Osteria Francescana, during the #50BestTalks event, taking the moment to speak passionately about food waste. Watch the video at the end of this article for highlights of his speech. 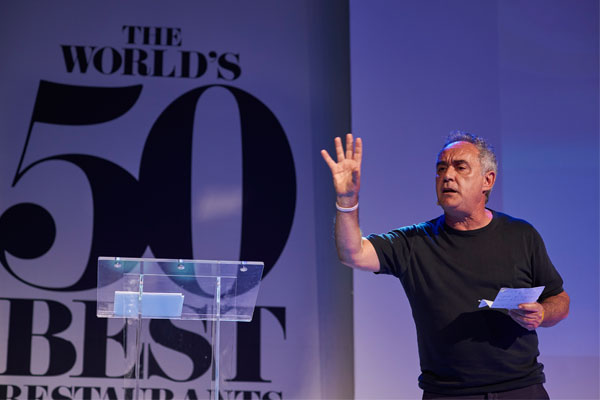 “El Bulli is a way of understanding life – those of you who have been there know that,” said Ferran Adrià, creator of the restaurant in Roses, Spain, which closed in 2011. “We created something that was very difficult to explain. We worked 16 hours a day; it was brutal. But we all – you all – thought we were changing the world and creating something that would be very important."


5. Daniel Humm and Will Guidara 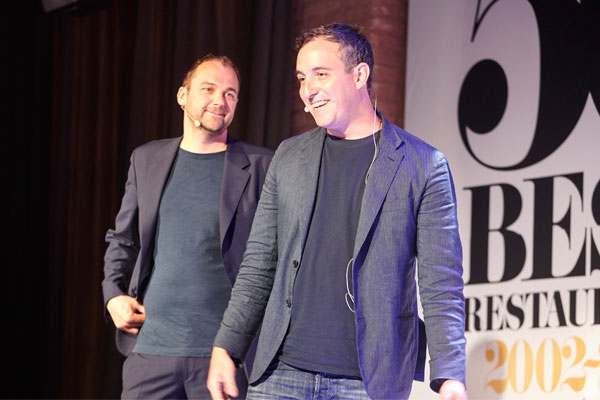 “Fine dining restaurants were created to be luxurious and magical escapes where people come to be cared for and to be served,” said Daniel Humm, pictured above left, with Will Guidara. “They may come to Eleven Madison Park to taste my food but the restaurant isn’t meant to be a temple. It’s meant to be their happy place; a place where genuine human connection can take place. Fine dining is meant to be a conversation.” Humm spoke with Guidara, the co-owner of Eleven Madison Park in New York, which was named No.1 in The World’s 50 Best Restaurants 2017. 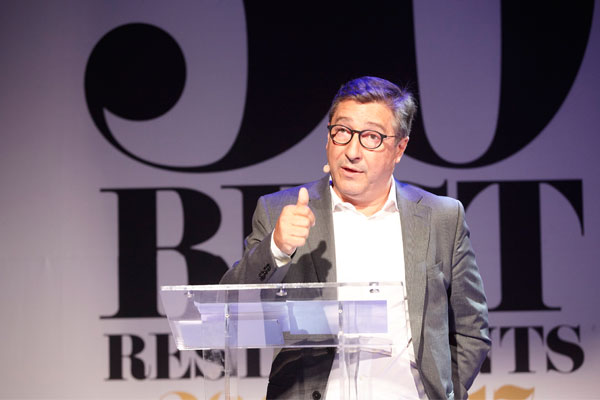 “The more sustainable we can be, the better; the healthier, the better; the more humane, the better… because to cook is to care.” Joan Roca, co-owner and head chef of El Celler de Can Roca, spoke about the philosophy of family and caring for staff at his restaurant, which he runs with his brothers Jordi and Josep. 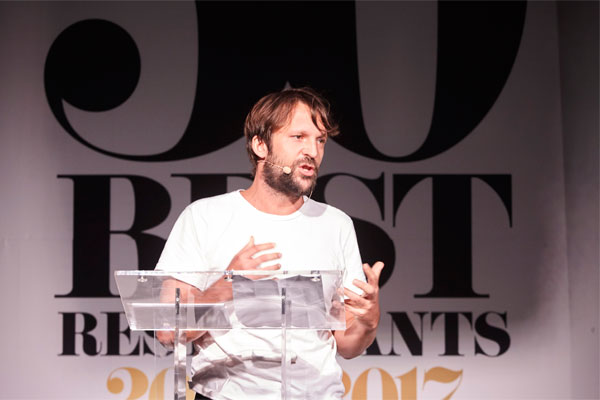 “We should teach every child to be a forager. Everyone should be a forager. Because knowing your ABCs in nature, the flora, the fauna, the patterns of the landscape and the rhythm of the seasons is as important as learning how to read and write.” René Redzepi took the opportunity at #50BestTalks to launch his new project, Vild Mad, an initiative to educate children and adults about the food that surrounds them. 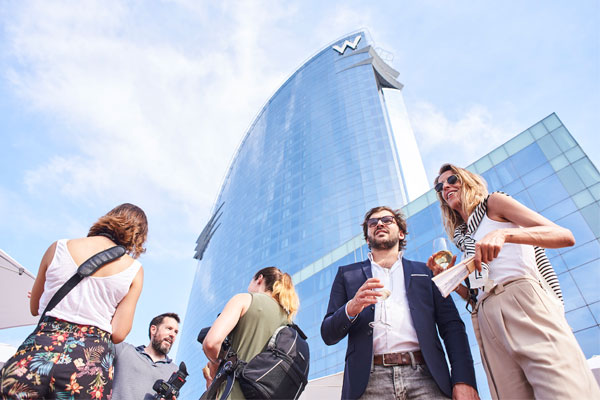 After the #50BestTalks event, guests headed to Bravo24 at the W Barcelona hotel, where Carlos Abellán and a host of other former El Bulli chefs cooked a special contemporary world tapas experience, curated by Ferran Adrià, to celebrate the 15th Anniversary of The World’s 50 Best Restaurants. 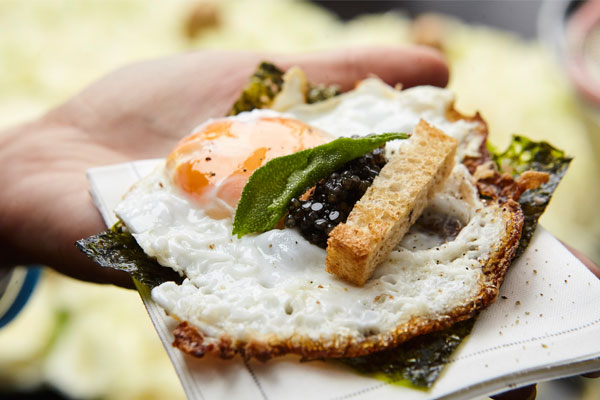 Dishes at the party included this fried egg with caviar and nori, created by Spanish chef José Andrés, who flew in from Washington DC to help cater the event. 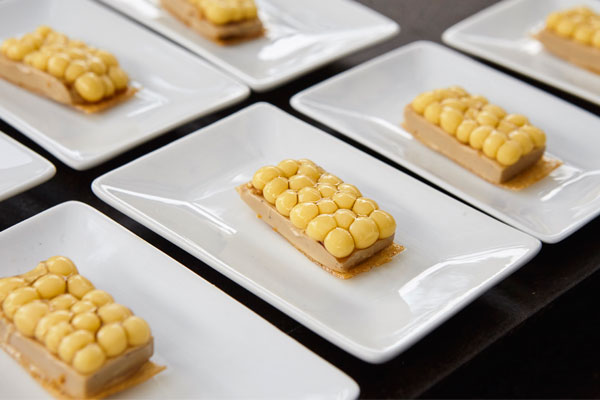 Eduard Xatruch, Oriol Castro and Mateu Casañas of Disfrutar, which was named the Miele One To Watch at The World’s 50 Best Restaurants 2017, served their iconic multispherical sweetcorn and foie gras tatin dish as part of the celebration. 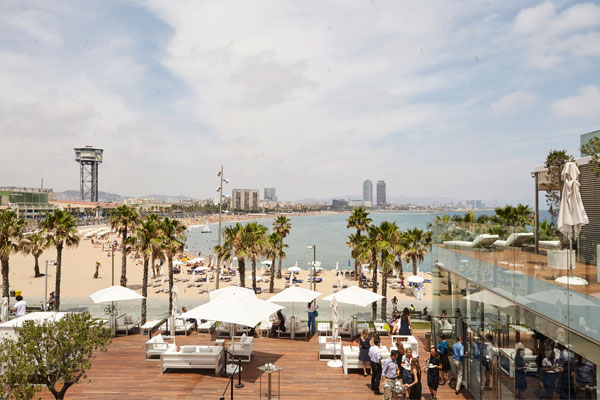 Guests enjoyed the contemporary world tapas experience under the Spanish sun, with spectacular beach views from the W Barcelona terrace. 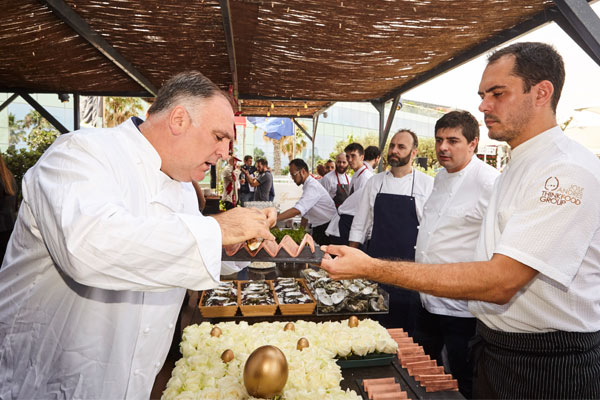 Chef José Andrés, left, serves his creations from behind the canopy on the Bravo24 terrace, with a team of Barcelona chefs standing by to help. 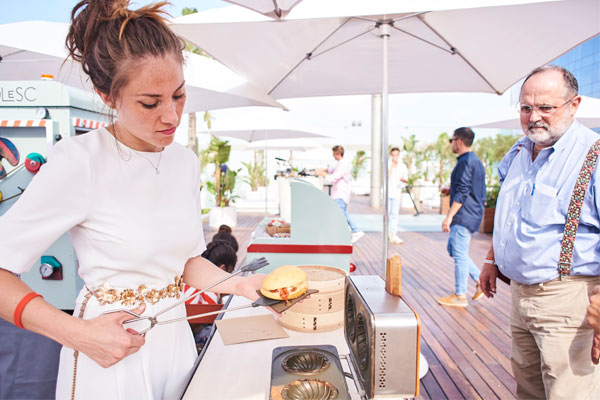 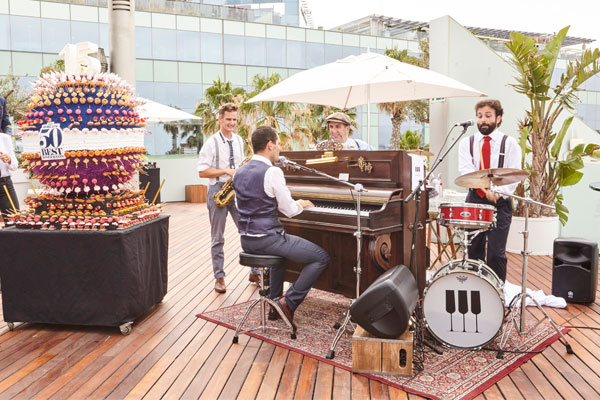 Next up, guests were surprised with a two-metre-tall cake full of sweet treats by Spanish cakemaker Christian Escribà, accompanied by a high-energy musical performance. 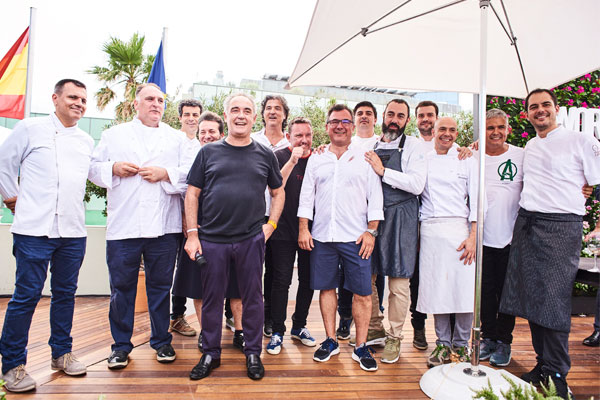 Ferran Adrià, centre, gathered the group of Barcelona chefs who cooked for the 15th Anniversary event, presented by Miele. 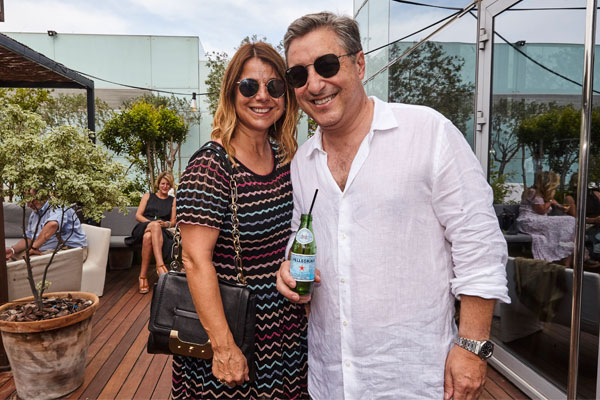 Joan Roca and his wife Anna were among the VIP guests. 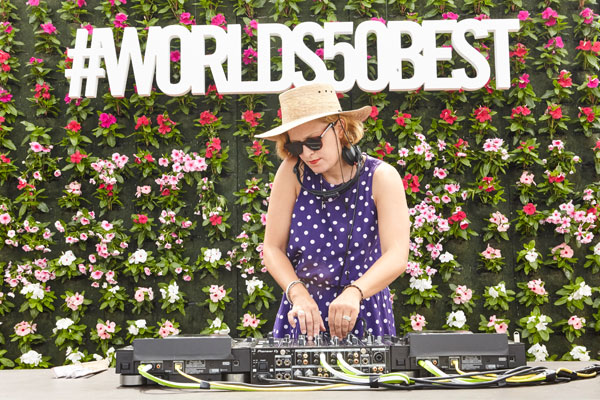 Now watch the highlights video from our 15th Anniversary celebrations: