Making its debut onto The World’s 50 Best Restaurants at No.31, Alléno Paris au Pavillon Ledoyen won this year’s Highest New Entry Award, sponsored by Aspire Lifestyles. Chef Yannick Alléno, who took over the restaurant in 2014, explains how he brought a new lease of life to one of France’s oldest and most prestigious dining institutions.

Just five months into the year, 2017 is already a memorable one for Yannick Alléno. Awarded three Michelin stars in February for his restaurant Alléno Courchevel au Cheval Blanc and retaining three stars for Pavillon Ledoyen, he now sees the latter enter The World’s 50 Best Restaurants list in the highest spot of all this edition’s six new entries. For the chef, the achievements are reward for the work to which he has been devoted since 2013: reinventing the basis of true French cuisine.

“It’s a magical moment, full of joy and energy,” says Alléno, adding that the accolade makes him grateful for the daily efforts of his staff. “We strive to please our guests, to give them unforgettable moments.”

French, sauce-based, modern – these are the words Alléno uses to describe his food. Rather than a signature cuisine, his is the cooking of a hard-worker in search of a new definition of French food. Conscious that little had changed since the era of legendary chef Auguste Escoffier, Alléno decided it was time to define a modern cuisine with 18 pillars to reinvent it at its roots. Over the last two years, he has explored sauces, fermentation and the concept of the main course. 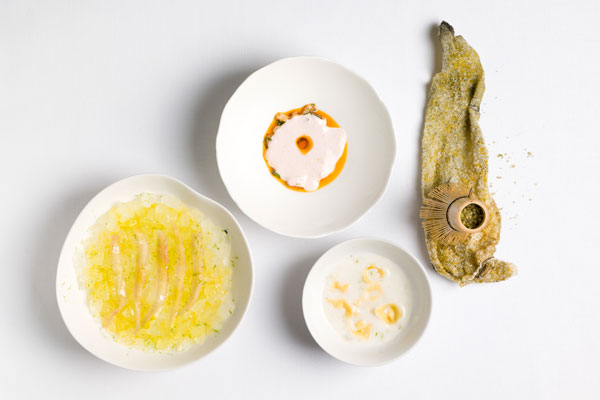 “Sauce is like the verb to describe French cuisine,” he says. “The first chapter of Le Guide Culinaire d’Escoffier is about sauce. When you look closer, everything in France is sauce – ganache, French custard, ice cream. When we stop making sauces, we lose all the meaning and structure of French cooking. It was time to explore a new way of cooking sauces to create coherence and harmony on the plate.”

He developed an extraction process using vacuum and cryo-extraction instead of heat and has since used it in dishes such as sea urchin and red mullet stew. He has spoken about the sauce revolution in cities around the world and in 2014 he published a book with anecdotes from the history of sauce-making in France, Sauces: Reflections of a Chef.

Choosing such an historic and traditional place as Pavillon Ledoyen on the Champs Elysées to revolutionise the most ancient of French know-how could be seen as a risky move. But, as Alléno explains, it was far from accidental.

“You can’t make a good wine from a bad terroir,” he says. “Ledoyen has been a real institution since 1792 but creativity is in its DNA. The menu was invented there. It’s the most logical place to reinvent French cuisine – back to its roots, but in a new way.”

The risk was rewarded: Pavillon Ledoyen won three Michelin stars in 2015, just seven months after reopening as Alléno Paris au Pavillon Ledoyen with the chef at its helm. From 2003 to 2013, Alléno headed the kitchen at Le Meurice, which peaked at No.24 in The World’s 50 Best Restaurants in 2005. 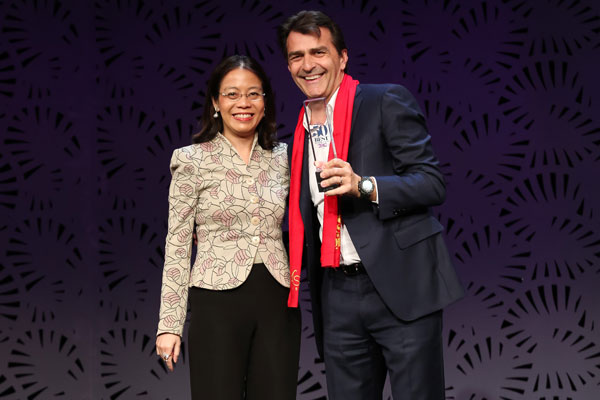 
Alléno has closely lived the evolution of The World’s 50 Best Restaurants, with Le Meurice on the list in 2004, 2005, 2008 and now Pavillon Ledoyen in 2017, so he is more than qualified to comment on the change he feels is afoot in France.

As for his next steps? Alléno is focused on fulfilling his manifesto – highlighting the aperitif as a key part of a meal, serving bread as a centrepiece and being creative with cheese to find a link between sweet and salty. Certainly, there are plenty of challenges, but judging by his track record, his ability to overcome them is not in question.