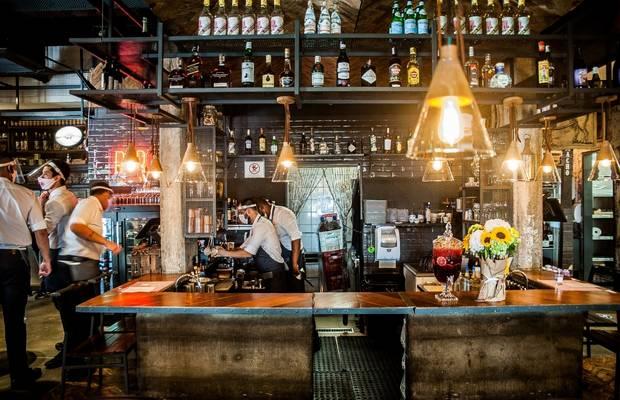 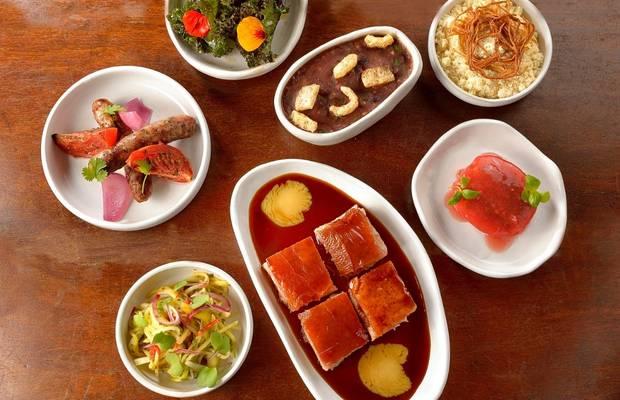 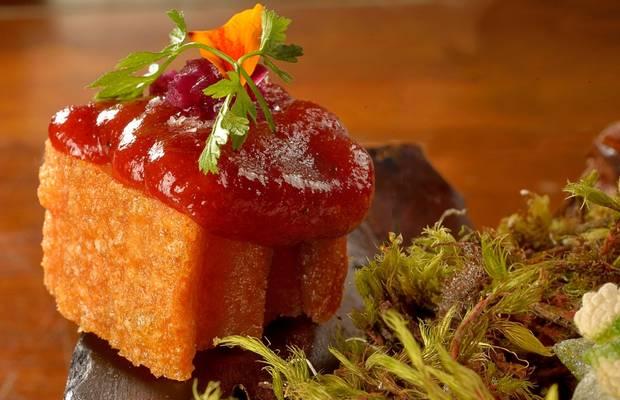 A field-to-table funhouse from a powerhouse Brazilian couple 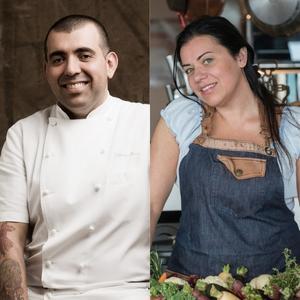 Homage to the hog: Meaning ‘House of the Pig’ in Portuguese, A Casa do Porco is named for its focus on pork in all its forms, with a tasting menu and à la carte using every part of the pig. In recent years, it has adapted to changing dietary requirements, introducing a vegetarian menu that tastes as good as the original, and with à la carte options like mushroom sushi and cheese ‘crackling’. The quirkily decorated restaurant is run by husband-and-wife team Jefferson and Janaina Rueda in the heart of downtown São Paulo.

From farm to city: The Ruedas’ signature tasting menu ‘Da Roça para o Centro’ features pork and vegetables from Sítio Rueda, the farm they bought in Jefferson’s countryside hometown of São José do Rio Pardo in 2020. In a series of bite-sized courses, it runs through A Casa do Porco classics like pork jowl sushi and pancetta crackling to newer creations like organic beetroot with pork sausage. The Porco San Zé main course is a spread of six-to-eight-hour spit-roasted pork with vegetables. True pork-o-philes can also order a pig’s head by request.

A democratic approach: With a tasting menu priced at around $40 and a hatch serving toasted sandwiches for as little as $3, A Casa do Porco is committed to offering something for everyone, with a democratic and inclusive approach sparked by the Ruedas’ own humble upbringings. The pair also run hotdog and ice cream kiosks and are champions of their community, with Janaina also a key player in bringing free meals to schoolchildren.

Country-inspired cocktails: As well-thought-out as the food, the drinks programme led by Janaina includes alcoholic or non-alcoholic cocktail pairings for just $18. Based on the idea of reconnecting with the land, the drinks incorporate honey and fruit from the Ruedas’ farm instead of sugar, with the menu listing provenance and inspiration. Try sake with riesling and passionfruit, or coconut water with beetroot and spices.

The takeaway: The Ruedas now also have their own Porco Real brand of burgers and sausages made on the farm.