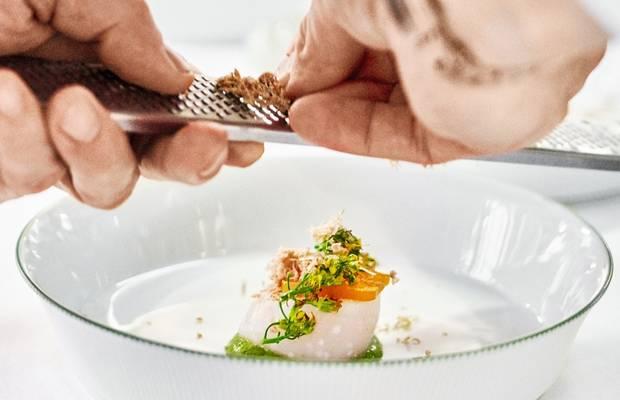 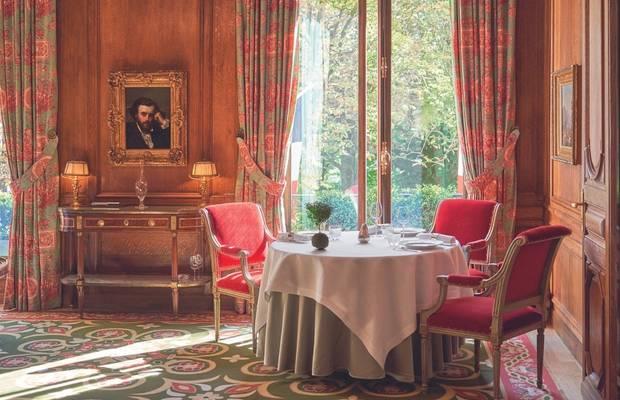 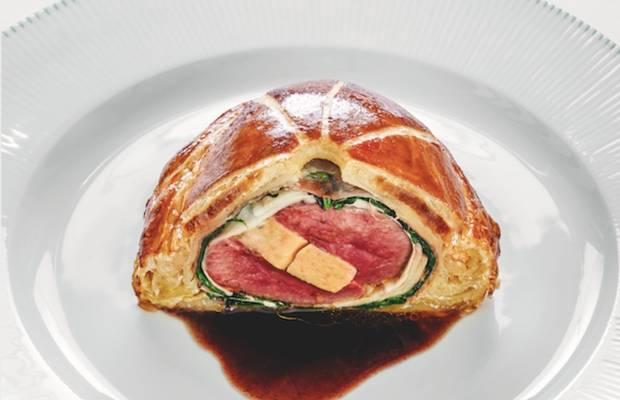 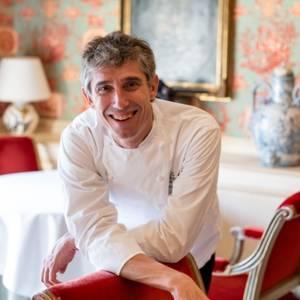 Meet the chef: With an impressive CV that includes hours clocked at some of Paris’ most acclaimed fine dining haunts – including Pierre Gagnaire and Ledoyen – chef Christophe Pelé took the helm of Le Clarence when the restaurant debuted in 2015. Since then he’s made a name for himself and his restaurant for the cavalcade of elegant French plates that make their way from the kitchen. His food celebrates tradition, while weaving in modern thought and flavours from around the world.

The selection process: Le Clarence offers a series of tasting menus. Lunch options range from three to six courses (90€ to 190€) while dinner spans from three to seven courses (130€ to 320€). Expect dishes from veal sweetbread and morel gyoza with caviar and squid ink, to fried mochi topped with sea bream, sitting in a shallow pool of Korean-spiked kimchi juice.

The space: Le Clarence is housed within a jewel box of a breath-taking 18th-century Parisian townhouse just off the Champs Elysées. Dining here is a transportive experience to the Age of Enlightenment marked by tapestries, period paintings, warm wood panelling and glittering chandeliers.

Fun fact: For those who partake in the wine pairing, don’t be surprised to try an expression from one of France’s most iconic Bordeaux maisons, Château Haut-Brion – Le Clarence is owned by the Prince of Luxembourg, who is also the proprietor of the iconic wine house. Thus, the restaurant pours La Mission Haut-Brion, Haut-Brion’s second label, throughout the course of the meal.