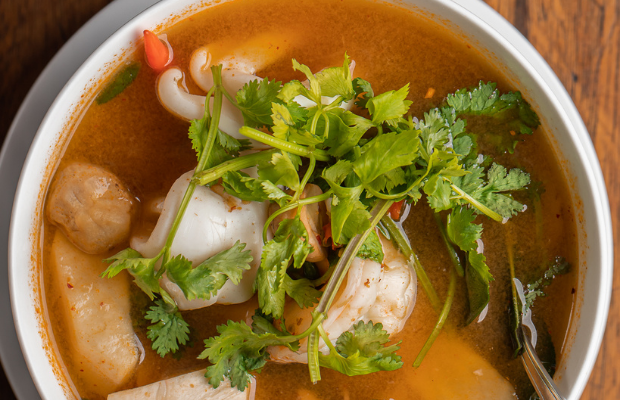 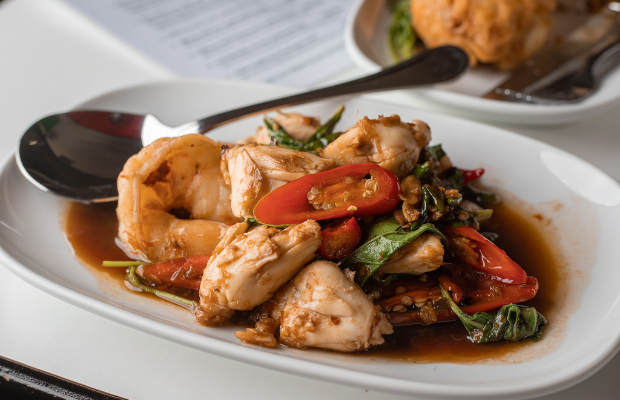 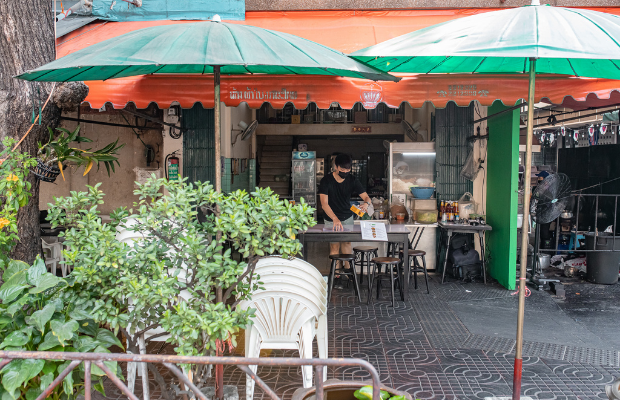 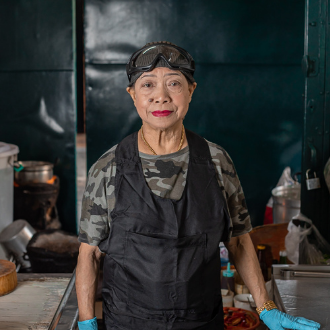 Street food with a twist: Located on Maha Chai Road, Raan Jay Fai has become a culinary institution in Bangkok. The seven-table restaurant may have had humble beginnings as a hawker stall (and to this day keeps its hyper-casual format), but it has also become a Michelin-starred, unmissable destination for food lovers. Over the years, one constant has been the chef: legendary Supinya ‘Jay Fai’ Junsuta, who can still be found in the kitchen wearing her trademark goggles.

What should I order? On the menu you’ll find Thai street food like you’ve never seen before. Don’t miss the pad kee mao talay – seafood with drunken noodles which are dry-fried and extra crispy – or the khai jiao poo, Jay Fai’s famous interpretation of a crab omelette. While the price might be higher than its hawker contemporaries, Raan Jay Fai’s luxury ingredients promise an unforgettable culinary experience on the streets of Bangkok.

A family affair: Septuagenarian and chef-proprietor Junsuta has lived by her circadian rhythms for the past 40 years. Having opened the restaurant in the early 1980s, she has worked six days a week at the same wok, and now stands side-by-side with her daughter, Yuwandee.

Icon for the ages: Junsuta has become an unlikely celebrity in the world of gastronomy. Hailed for her backbreaking techniques, use of top-quality produce and commitment to Thai culinary excellence, she was recognised with the Icon Award at Asia’s 50 Best Restaurants 2021.