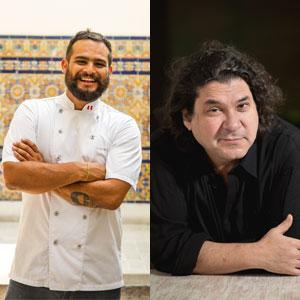 The chef and pastry chef combination of Gastón Acurio and Astrid Gutsche are Peru’s original restaurant power couple. On opening in 1994, Astrid y Gastón coined a new canon in Peruvian gastronomy, popularising, modernising and internationalising the country’s food in a manner that has since been appreciated by a global audience.

Dishes such as the seminal Peking-style guinea pig bao, the grilled octopus with a pseudo-cereal salad and the lucuma gnocchi have helped define the restaurant’s identity, while his ongoing work saw Acurio win the 2018 Lifetime Achievement Award at The World’s 50 Best Restaurants. Astrid y Gastón ranked No.1 in the inaugural Latin America’s 50 Best Restaurants list in 2013 and won the Art of Hospitality Award in 2017, while the Latin America’s Best Pastry Chef Award went to Gutsche in 2015.