Although Moustafa Elrefaey’s career initially led him far from his home, the chef always knew that his heart was in his native Egypt. Applying the learnings from his international experiences to create the country’s first ‘fine street food’ concept, he has enhanced the reputation of Egyptian gastronomy around the planet, while also doubling down on his dedication to slow food and to training the next generation of hospitality leaders.

Born in Tanta, a city to the north of Cairo, Elrefaey was passionate about food from an early age and was encouraged by his grandmother to study culinary arts in the US. After cutting his teeth in Michigan, he moved back to Egypt, where he rose through the ranks to become executive chef at Tempo in Sheikh Zayed City, then joined the exclusive Fairmont Heliopolis Tower hotel in Cairo.

Elrefaey co-founded Zooba in 2012 – a year after the Egyptian revolution – with a mission to challenge global perceptions around the country’s street food and to approach classic dishes creatively, while maintaining a strong commitment to quality. With its bold, bright colours reminiscent of Egypt’s markets and a flagship restaurant in the neighbourhood of Zamalek in Cairo, the brand was an overnight success, subsequently expanding to Riyadh, New York and beyond, and reaching a total of 10 outlets in 2023.

A member of Egypt’s Slow Food organisation, Elrefaey is passionate about discovering and preserving local food cultures and traditions from across the country, as well as working closely with farmers to source the finest regional and local organic produce. Training the next generation of culinary leaders is just as important, and he finds the time to work as a teacher and develop young chefs through the Egyptian Chef Association, local NGOs and schools.

Elrefaey is a key part of the movement that is seeing Egyptian street food gain better recognition around the world, from taameya – a local falafel variation made with fava beans with which he won first prize at the London Falafel Festival in 2016 – to koshari, Egypt’s national dish made with chickpeas, pasta, fried onions and a zesty tomato sauce. As the Egyptian Ambassador for the World Chef Association, he represents his country at culinary events all over the world, spreading the gospel around street food and authentic flavours.

A well-loved and industrious figure whom many chefs in Egypt and beyond look up to, Elrefaey is a worthy winner of the peer-voted Estrella Damm N.A. Chefs’ Choice Award 2023.

The Chefs’ Choice Award is the only peer-voted accolade in the MENA’s 50 Best Restaurants programme. It honours a chef who has made a positive contribution to the region’s culinary scene over the last year, as chosen by the teams behind the restaurants in this year’s list. 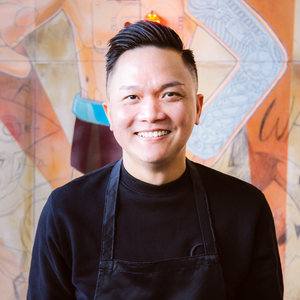