Singaporean cook Reif Othman has taken Dubai’s dining scene by storm over the last decade, first at the helm of Zuma, then with his self-funded eatery Reif Kushiyaki, ranked No.16 in the new Middle East & North Africa’s 50 Best Restaurants 2022, sponsored by S.Pellegrino & Acqua Panna.

Voted as the winner of the Chefs’ Choice Award, Othman has made a name for himself with eye-catching Japanese-inspired creations. But how did he reach such a pinnacle? Meet the sneaker-designing chef as he talks us through key moments in his career

Dynamic, stylish and tireless – Reif Othman, one of the UAE’s few entirely self-funded chef-restaurateurs, is a master of many of trades. A chef-owner and entrepreneur with several restaurants to his name, he also owns a sneaker shop that sells his own designs. Exuding energy at every turn, the Singaporean’s speech is peppered by a ‘shebang!’ whenever he gets excited about something.

When Othman walked into the Middle East & North Africa’s 50 Best Restaurants awards ceremony in Abu Dhabi, he couldn’t have known that he’d soon been standing on stage holding the coveted Chefs’ Choice trophy. “I was speechless,” he says. “I’m still speechless. Getting this award is something special. I would like to thank 50 Best for coming to MENA, because this gives the region a boost to step up our game, be consistent and do what we do best. 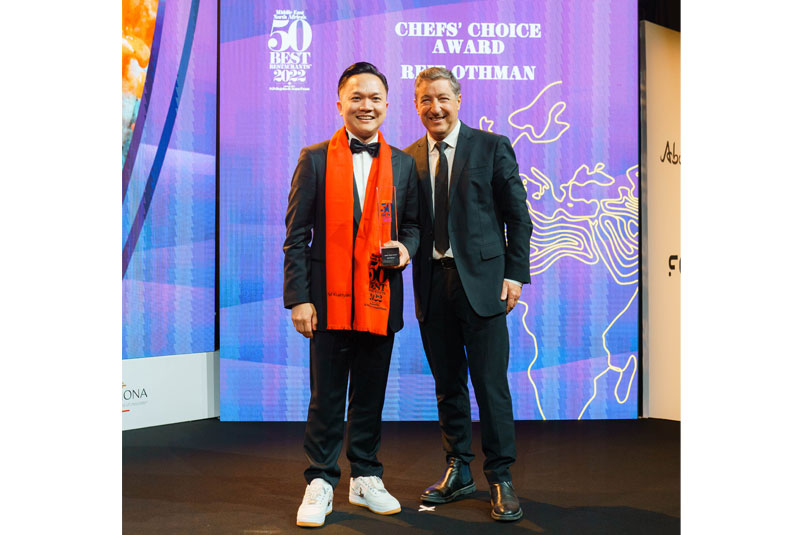 “And to all the 50 restaurants that were nominated, chapeau! Everybody is a winner. To the judges who took the time to vote, thank you, because choosing the right restaurants is not easy. And to my team, the biggest thank you. They’re the pillars of my company and without them I wouldn’t be where I am today.”

Cooking runs in the Othman family’s blood: as a child in Singapore, young Reif would go with his mother to the market every weekend, as she owned a cafeteria specialising in Malay cuisine. “I don’t know why my mum took me with her instead of my sisters,” he laughs. “I was a curious child. She even used to be a little bit worried – she would ask: ‘Why is my son playing with pots and pans instead of playing football?’

“Then, when I was in my teens, I started to understand a bit more about food. I would wonder: how can a simple potato turn into thousands of recipes? How can a raw fish be transformed into a beautiful dish? That curiosity developed over time.” 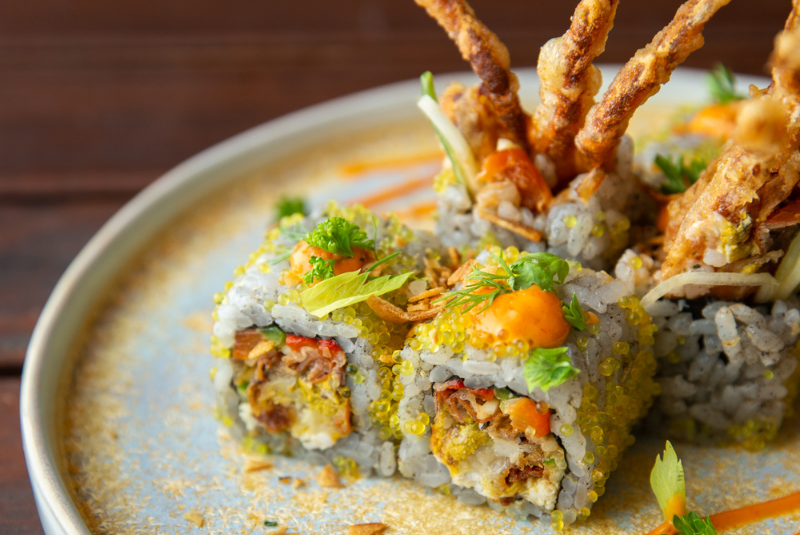 After serving the compulsory period in Singapore’s national service, Othman started working as a finance broker – but the kitchen was calling. “The turning point came when I realised that I loved cooking more than anything else. My gut said: ‘Don’t think, just go for it’, because it felt right.” Although his father was a bit reluctant in the face of this career change, that only motivated Othman to prove he could succeed. “It’s not about the money, it’s about being happy. That happiness will take your further,” he says.

The importance of mentorship

In Singapore, Othman trained alongside iconic chef Violet Oon, one of the foremost proponents of Peranakan cuisine, combining Malay, Chinese, Javanese and South Indian influences. The experience helped him build on his culinary school training and understand the techniques intrinsic to one of the most authentic expressions of Singaporean food.

In 2007, he joined Raffles Grill restaurant, where he worked alongside chef David Mollicone. “With David, I delved even deeper into products,” says Othman. “It wasn’t just ‘peel this fish and cook these vegetables’, he was very detailed in terms of respect for the ingredient, handling and cooking it gently. He used to say that just because a vegetable has been harvested and has left the field, it doesn’t mean it’s dead – it’s still alive and you have to let it breathe, even in the fridge. There were so many elements I had never seen before.” These formative experiences left a mark on the young chef still visible in his work today. 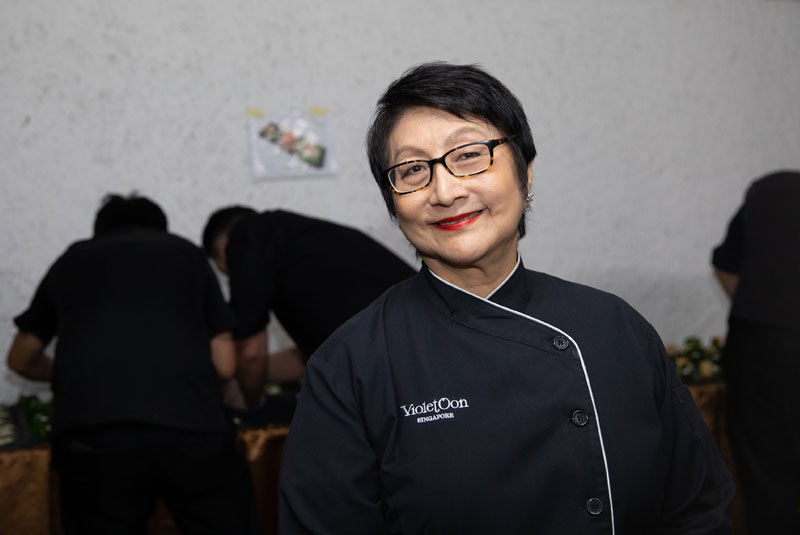 Othman’s culinary philosophy continued to develop as the budding cook left Singapore and started to travel the world. He credits a specific dish he tasted in San Sebastian, in the Basque Country of Spain, for planting the seed of an essential aspect of his current culinary philosophy.

“I was walking down the streets of San Sebastian, eating tapas at all the bars, and this bite of sweetcorn blew my mind,” he says. “It was crunchy, sweet, umami, salty, sour – it had such complex flavour for a simple sweetcorn. That was the moment I found out that you don’t have to go crazy to create a dish. Just respect the product and believe in it, rather than trying to turn it into something else. To this day, I still like to take a good product, cook it in a simple way and let it speak.” 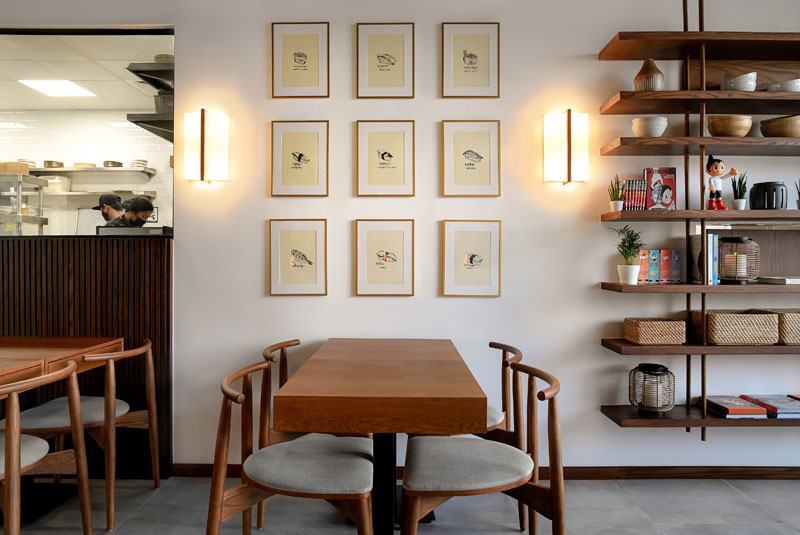 Othman first moved to Dubai in 2005, when he landed a one-year contract to work at Burj Al Arab’s Al Mahara restaurant. At the time, he thought Dubai wasn’t for him: getting good ingredients wasn’t easy and the city’s extreme temperatures put him off staying.

But when the hyper-popular Dubai outpost of Zuma called him in 2009 to offer him the executive chef position, Othman’s priorities had changed. Now married and with two young kids, he saw an opportunity. “Zuma is a very prestigious company, stable and understanding. I saw myself having a future with them. I said: ‘Why not, let’s go back. Dubai is pretty safe, so this will also be good for the kids’.” 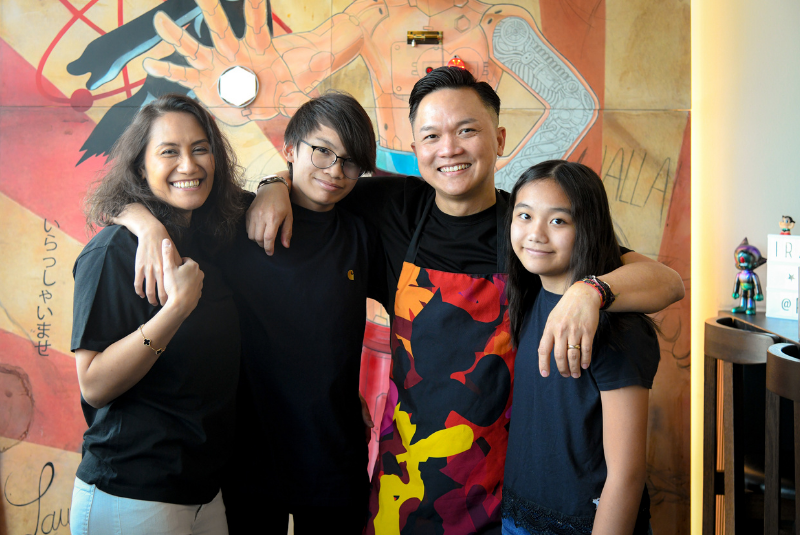 Othman poses with his family inside Reif Kushiyaki

With Othman at the helm of the kitchen, Zuma Dubai was voted onto the extended 51-100 list of The World’s 50 Best Restaurants several times between 2012 and 2015. Now settled in the city and committed to the local restaurant scene, the Singaporean realised he was ready for a new challenge.

A dish of one’s own

After leaving Zuma in 2015, Othman helped open Play Restaurant & Lounge and then The Experience by Reif Othman (TERO), both inside the H Hotel in Dubai, to great acclaim. But all along, he dreamed of opening his own restaurant.

Around 2018, the chef started realising that there was a gap in Dubai’s restaurant scene. “You have the high-end range of restaurants, the Zumas and Nobus, and then the low-key range, the Yo Sushis and all these homegrown, very laid-back places. What was missing was the mid-tier of unlicensed restaurants. I wanted to bring the quality-driven concept to a reasonable price point and create a restaurant catering to those people – like me – who might go out for dinner three or four times a week,” he says.

In 2019, he invested his life savings and opened Reif Kushiyaki inside Jumeirah’s Dar Wasl mall. But it was while still working at TERO that Othman started developing one of the signature dishes at Reif Kushiyaki: the wagyu katsu sando.

A street food snack traditionally sold in train stations in Japan, the wagyu katsu sando became the turning-point dish for Othman, who kept it a secret until he was ready to open Reif Kushiyaki and put it on the menu. 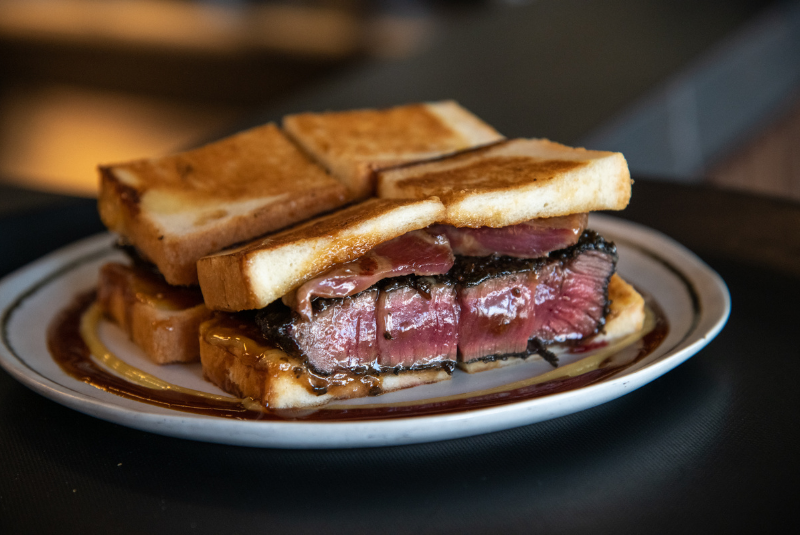 “To prepare the sando, we make our own milk bread with flour from Hokkaido in Japan,” he explains. “The meat is a grade-seven wagyu fillet from Australia. From the leftover bread crusts, we make panko breadcrumbs, which are then tossed with charcoal powder, creating a black panko.” The wagyu fillet is coated in the breadcrumbs before being deep-fried – but there’s more.

“I put another layer of wagyu sirloin on top of the deep-fried fillet, for that extra texture. And of course, we have own version of tonkatsu sauce, with a little bit of umami, salt, sugar and sourness – and our secret ingredient.” Othman pauses dramatically and winks before continuing. “Finally, there’s a bit of Dijon mustard. That’s it – it’s simple, but it has all the good stuff in it, with the extra layers giving it a bit of differential factor and extra texture.”

In the two years since Reif Kushiyaki opened, its success has been meteoric. Thanks to popular demand, it has already expanded into its adjacent unit in Dar Wasl mall, opened a licensed branch at Time Out Market Dubai in April 2021, and it’s now expanding abroad: a franchise opened in Cairo, Egypt, last December, soon to be followed by Riyadh, Saudi Arabia.

The menu – divided into sections such as ‘Tiny’, ‘Star Dishes’ (which features the wagyu katsu sando), ‘Kushi’ (Japanese-style skewers) and ‘Hearty’ – showcases the unconventional style of Japanese cuisine that Othman has mastered, with elements of French and Italian technique. Chilled angel hair pasta is served with mushroom duxelles and pickled kombu, while the udon noodles are complemented by truffle cream, chives and Italian hard cheese.

By the kitchen service bar, a handful of stools are reserved for the omakase – chef’s choice – menu, named The Experience, devised and developed by Othman every week. With an eight-course and a 12-course option, it’s a showcase of the cook’s more esoteric creations, such as a marbled bun filled with rolled wagyu and otoro squid ink. 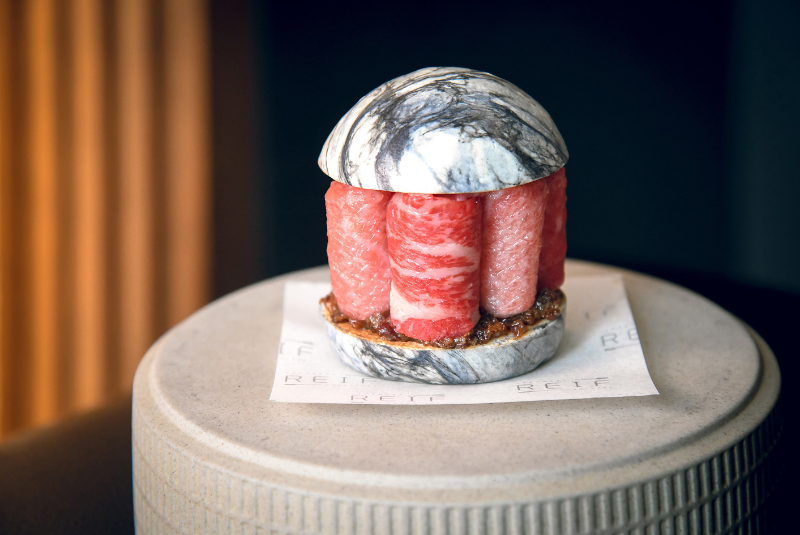 But success hasn’t gone to Othman’s head – he has clear targets for his future. “In the next five to 10 years, I want to go all out and achieve as much as I can as a chef and restaurateur,” he says. “But I don’t want to work for the rest of my life – I want to make sure I have something good on my hands. For the last 40 years, I’ve been working my ass off and I haven’t spent enough time with my wife and kids.

“Us chefs, we miss all that because we’re so ego-driven. We always think about ourselves and our achievements and we forget who has been behind us, supporting us. With the next restaurants I’m opening under my company, I’m going to give a percentage to my head chef. A lot of restaurateurs forget to acknowledge and take care of their key people. And I want to maintain my position in 50 Best for as long as I can. I’m looking to the global ranking for the next step. I dream big – but you never know.”

Based on everything he has already achieved, Othman’s dream may be closer than he thinks.