Soon after taking in the breathtaking scenery of Niagara Falls and hiking in 30-degree weather on the picturesque trails of Niagara Parks, chef Junghyun Park puts on a warm winter coat. The Korean chef and co-owner of restaurants Atomix and Atoboy in New York isn’t suffering from heat stroke – he is preparing to sample one of Ontario’s many well-kept secrets.

A country often associated with maple syrup, ice hockey and snowy peaks, Canada is also home to a rapidly evolving wine industry that comprises over 500 wineries and 29,500 acres of vineyards. Wine Country Ontario is arguably the most established of the country’s wine-producing regions, and Peller Estates, in the Niagara Peninsula near Lake Ontario, is one of its flagship wineries.

It is at Peller Estates that Park dons a big coat to enter the winery’s igloo-like lounge, where he tastes precious drops of the area’s world-famous ice wine. Discovering this first well-kept secret of Ontario, the chef is surprised. “Ice wine is usually too sweet for me but this was very balanced, and it would be great to accompany food,” he says.

One of Ontario’s most in-demand exports, ice wine is obtained from grapes that freeze naturally while still on the vine – a rare occurrence that can mean that the grapes hang on the vine for several months until the first frost of the season, when they are picked at temperatures below -10 degrees. The frozen grapes’ must is then pressed, creating a highly concentrated sweet wine. 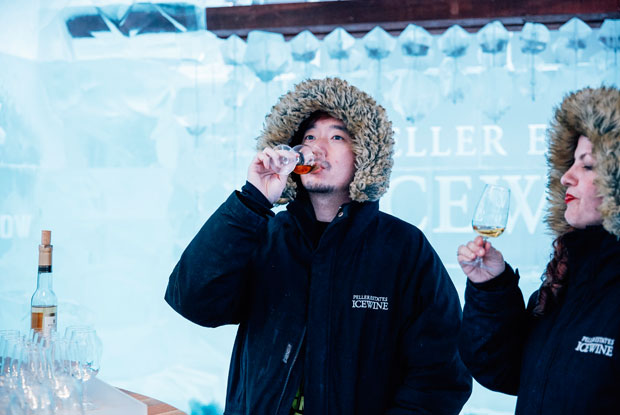 Despite its cold winters, Wine Country Ontario enjoys mild temperatures for the rest of the year that are ideal for the vines, allowing a much more varied production than most of the world thinks. “Riesling, Gewurtztraminer, Pinot Gris, Pinot Noir, Gamay Noir, Merlot, Syrah, Cab Sauv… we just make a little bit of everything,” says Emily Aubie, a wine maker at Peller Estates. “Ice wine is really the face we show the world. It’s what we make a huge volume of, but we do so many other wine styles.”

One of the unique qualities of Wine Country Ontario is its proximity to large cities, such as the region’s capital and the most populous city in Canada, Toronto. In less than two hours, you can leave urban life behind and immerse yourself into rural scenery and lush hills. Moreover, wine production is still expanding, with many vineyards experimenting with new concepts.

“Before I went to Ontario, I visited several wineries around San Francisco and Sonoma,” says Park. “In Sonoma, the wineries make two or three types of grapes, while in Ontario they grow many different types of grapes that are often blended together, which is very interesting.”

While visiting Westcott Vineyards, a small-batch producer that focuses on Pinot Noir and Chardonnay, Park gains further insight into why wine production has enjoyed such a big growth in Ontario in recent years. “Our terroir has been in the making for hundreds of thousands of years – from the creation of the ancient sea beds of today’s Great Lakes, to the rising of the Niagara Escarpment as the glaciers receded, the migration of species along the Carolinian Trail and the microbes in the soil,” explains Carolyn Hurst, the vineyard’s president. “Although our vines have DNA from Burgundy, they are grafted onto native Canadian vines and have become, over time, plant material made up of our terroir. They are unique to this place.” 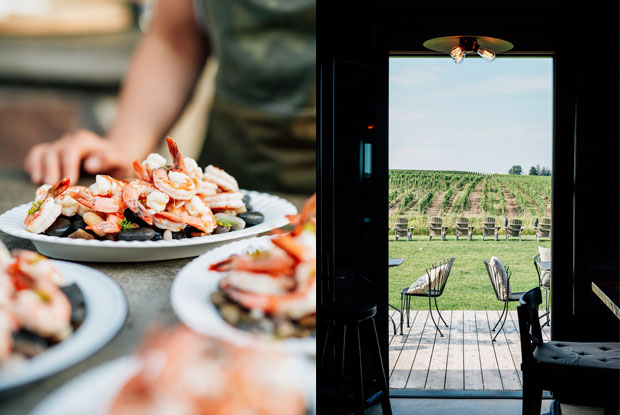 The companies at the forefront of the scene, such as Peller Estates and Westcott Vineyards, are learning that marrying their wines to a gastronomic experience is one of the ways to help drive wine tourism in the region. Westcott has a seasonal patio offering playful takes on famous dishes, cooked by chef duo Ricky Casipe and Olivia Simpson, while Peller Estates offers three different dining experiences, led by chef Jason Parsons.

It is during these culinary discoveries that Park first comes across the Ontario shrimp. “They are breeding shrimp in the middle of Ontario, taking the natural water, adding salt and creating a habitat where shrimp can grow,” he says. “Taste-wise, it’s amazing!” Ontario shrimp is known for its meaty texture and unique snap, which local chefs compare to that of lobster tail. Breeding shrimp locally allows the region’s restaurants to use fresh products, rather than importing them from Texas or Florida.

Step by step, these wineries are setting a new standard for wines in Canada. “Ontario is a very young wine industry by any comparative measure. Our history is being made today and tomorrow by each new wave of people committed to making great wines. From investors to winemakers and grape growers, we are evolving,” reflects Hurst.

“John Peller jokes that when his grandad announced [in 1961] at 58 years old that he wanted to get into the Canadian wine business, the most troubling thing to the family was that there really was no Canadian wine business,” says Chantal Suthons, Peller Estates’ marketing manager. “Andrew Peller was making a bet that as Canada matured culturally, wine would become a larger part of day-to-day life for Canadians. Today, it is obvious that he got it right.” 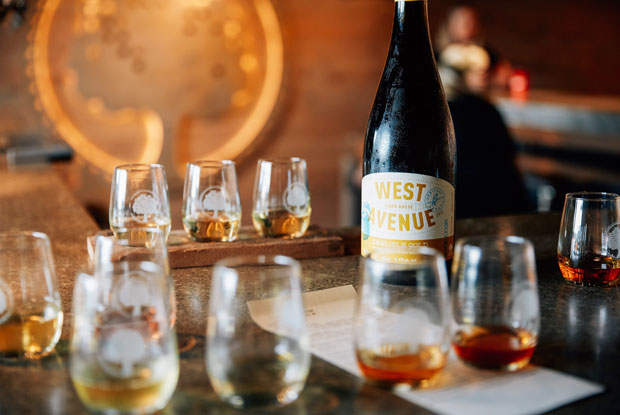 But Ontario’s liquid secrets are not confined to wine alone. Another product that is experiencing a revival is cider. “The first time I tasted cider was when I moved to New York, because cider culture in Korea is basically non-existent. It’s something that’s completely new to me and I’m excited to discover more about it,” says Park. West Avenue Cider House, a small-batch hard cider producer, is trying to push the growth of the cider scene in Ontario.

Using only Ontario heritage apples, West Avenue makes barrel-aged and cask-conditioned ciders, focusing on using produce of the highest quality and a slow fermentation process that allows the terroir to shine through in the flavour. “We have 80 different kinds of apples, 10 different kinds of pears, and 22 acres of orchards,” says Frank Ditchburn of West Avenue.

"The food scene in Canada is booming,” says Park, reflecting on his experience exploring rural Ontario. “It’s already a well-developed country, but it’s still kind of under the radar [gastronomically]. The new generation is trying to change a lot of things, not just with the food but also with the wine, the cocktails, the production. It has a lot of potential, and more people should come to visit.”

Watch as Park explores Wine Country Ontario in the video: