Rooting for Ontario: Join the heritage trail in Kawarthas Northumberland

As part of 50 Best Explores: Ontario, 50 Best chefs travelled to the southwestern region to witness the farming methods behind the province’s finest produce. The team discovers an area that’s looking at its past to define its future with heritage ingredients at its core

For Canadians, an intrinsic connection with nature begins at birth. Even in Toronto – North America’s fourth-largest city – access to countryside, open spaces and the abundant produce it brings comes as standard. In the province capital of Ontario, the local chefs and restaurants have a gateway to one of the best-stocked natural larders in the world.

In the fourth instalment of 50 Best Explores, the team gets under the gastronomic skin of Ontario. Episode One sees Ignacio Mattos and Sam Lawrence of Estela – No.80 in The World’s 50 Best Restaurants 2019 – venture into the heartlands of Kawarthas-Northumberland, tasting, learning and gathering information to take back to their celebrated New York restaurant.

Heritage values
Championed by the likes of Blue Hill at Stone Barns’ Dan Barber, the restaurant world is quickly reacquainting itself with age-old ingredients and heritage crops. Barber, his acolytes and contemporaries espouse the benefits of looking at techniques of the past to move forward in a sustainable, future-proof fashion. This verdant area of Ontario is on the same page.

Heritage crops are defined as those which have a historic association with a particular area, or have been used centuries before and fallen out of use. With the advent of large-scale agriculture, a desire for higher yields and a greater resilience to disease saw farmers breed genus of seeds that moved away from those grown generations before. In Ontario, these heritage seeds are finding their way out of the history books and back into the soil. 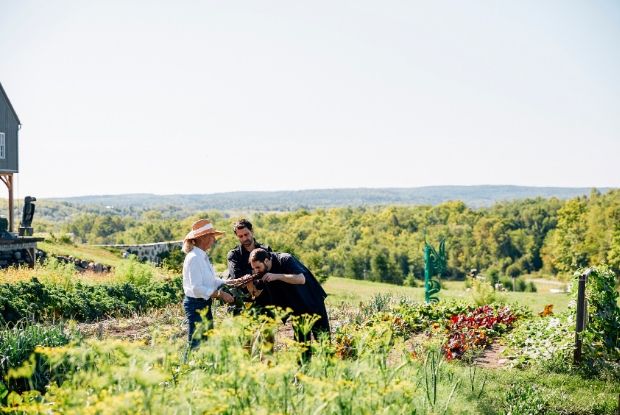 Tamarack Farms, an organic smallholding tucked among the rolling hills of Roseneath, revealed its hand. “We focus primarily on heritage foods,” says Nancy Self, who runs the farm with her husband, Richard. “We look to the slow ark of taste as a starting point for specific varieties of vegetables that are appropriate to our growing conditions, and are primarily known for their flavour.”

In simple terms, seeds that have always found a home in a particular terroir are generally better for the local ecosystem. Their blossom tends to be well-suited to local surrounding plant life and their by-products better for nutrients in the soil. The team from Tamarack understand this well. “Among the heirloom vegetables there are rose de Roscoff onions, heirloom beets, crosnes [a varietal of tuber] and heritage breeds of pigs and sheep, such as Cotswold, Berkshire and Mangalista,” says Self. “Our quest to grow these unique and delicious varieties of vegetables is made a little more complicated by the fact that we do not use any sprays or chemicals on our farm. So we also use edible flowers, also often heirlooms, as companion plants to attract beneficial insects.”

However, for the restaurants it supplies, taste has to be to the fore. “For the innovative chefs we work with, using these products can be a margin enhancer, but it also educates the consumer on the tastiness of many of the less common varieties,” explains Self.

The thinking behind this kind of heritage ecosystem chimes with Mattos’s own philosophy. “It’s important for customers to know more about heritage ingredients,” he says. “We’re in a business where we take care of people. We use a lot of ancient grains at Estela - very rare and unique. It’s important to use these ingredients because diversity is crucial; without diversity everything just collapses, from the human race to nature.”

Potted history
The beauty of heritage foods is not just their flavour, but also their story. At Elmhirst’s Resort, a family-owned retreat on Rice Lake focusing on regional cuisine, the region’s most highly prized heritage crop comes into play. “Red fife wheat originated in the immediate area,” explains Jay Nutt, head of food and beverage. “It's a crop that is used both by local bakers and a local distillery in Peterborough that makes small-batch gin, vodka and rye.”

The arrival of red fife to the American continent is the stuff of legend. The story goes that it arrived via a shipment of wheat from Ukraine, which a friend of a local farmer named Fife encountered while it was in a Glasgow harbour. After dropping his hat into the red wheat, a few seeds collected in the hatband and were then brought to Fife’s farm. The wheat grew and was eaten by the family cow, which managed to eat all the wheat heads except for one, which Mrs Fife saved. And so red fife wheat found its place at the Canadian table.

This historic, farm-to-fork experience resonates with Mattos. “It would be amazing to have a farm and raise our own products,” he says. “I grew up on a farm myself. After exploring the farm, I’ve fallen in love with it again. It’s made me realise that it would be interesting to have access to this and be able to do this ourselves.” 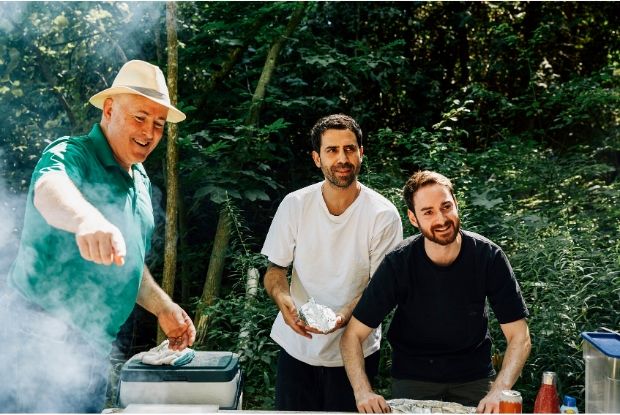 A kernel of truth
South Pond Farms, a working ranch comprising a restored barn, silo and excellent restaurant, focuses on connecting guests with local history through the crops it grows and the food it serves. Surrounded by fields and kissed by the setting sun, Mattos and Lawrence discovered Einkorn, a heritage grain with a 10,000-year history. “We're using some of the grains that my Mom told me about as a child,” says Danielle French, founder of South Pond Farm. “She said that Einkorn is one of the oldest grains, if not the oldest."

Einkorn has a higher percentage of protein than modern red wheats and is considered more nutritious thanks to its greater levels of fat, phosphorus, potassium, pyridoxine, and beta-carotene. It fell out of favour due to lower yields and poor resistance to disease, although when kneaded into a simple four-ingredient bread and served with smoked trout from a nearby stream, it makes for an authentic taste of Canadian history. 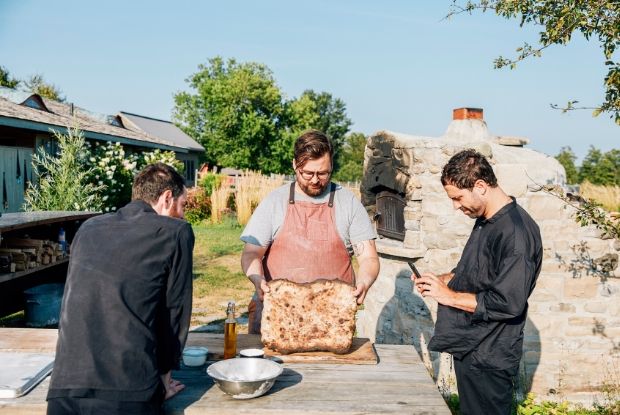 "It's rare that you get to see a farm like this,” says Lawrence of Estela. “The animals live very harmoniously together, they fertilise the vegetables in the gardens and roll with the seasons. It’s inspiring to witness."

Returning to New York, Mattos found time to reflect on his time in Ontario. “The countryside and learning about a traditional way of farming and ingredients was the highlight, in particular coming from a big city,” he says. “It was great to see how proud and aware Canadians are as a society, how multicultural -  and how well connected they are to the countryside. Even when you’re in an urban area, it still feels very connected to the area that surrounds it.” And when city interacts with country, it’s often when the best restaurants are spawned.

Now watch Episode One of 50 Best Explores Ontario and the journey through Kawarthas Northumberland: