Innovator, genial host and now bona fide icon – Agung Prabowo is one of Asia’s most loved and respected bartenders. With his business partners, he created The Old Man in Hong Kong, recently named The Best Bar in China sponsored by Matusalem, as well as its equally successful Singapore sibling of the same name. At the 2020 edition of Asia’s 50 Best Bars, the Indonesian-born mixologist was honoured with the inaugural Industry Icon Award, cementing his eminent status. Here Prabowo chats with 50 Best about turning dreams into reality, post-lockdown vibes and what’s next for The Old Man family

How would you describe the situation in Hong Kong right now?
It’s been almost six weeks since we were able to reopen after the lockdown. The first day we reopened on 8th May there were queues down the street – so many people wanted to get out again. We can only have around half the number of people in at any one time than we could pre-pandemic, but otherwise it’s almost back to normal and the vibe is very positive. We have the sensible things in place – temperature checks, hand sanitizer, masks, distancing – which took some getting used to at first but now it feels almost normal. Of course, there are no tourists, but our revenue is pretty strong and we are very happy to be open and busy.

Is the bar scene coming back strong in Asia?
I was in Hong Kong when SARS hit in 2003 and that took about six months before business recovered. This is much worse – and global, of course. But the signs are good here. I’m sure people will think before they travel more than in the past, and we have to see how long the protests go on in Hong Kong too, but I’m confident bars will bounce back by the end of the year.

What are the secrets behind The Old Man’s success?
Shortly before opening [in 2017], we made the leap to do it our own way: we forced ourselves to be brave with no separation [between the bartenders and customers], no display [on the back bar] and communal tables. People found it weird and different at first, but once the message spread people came to check it out and embraced it. It allows for greater and more natural interaction.

On top of that, we have always aimed to serve different drinks. But we never really thought about awards, so it’s been a great surprise and a dream for us. The support and love we’ve had for our little place make us feel very blessed. 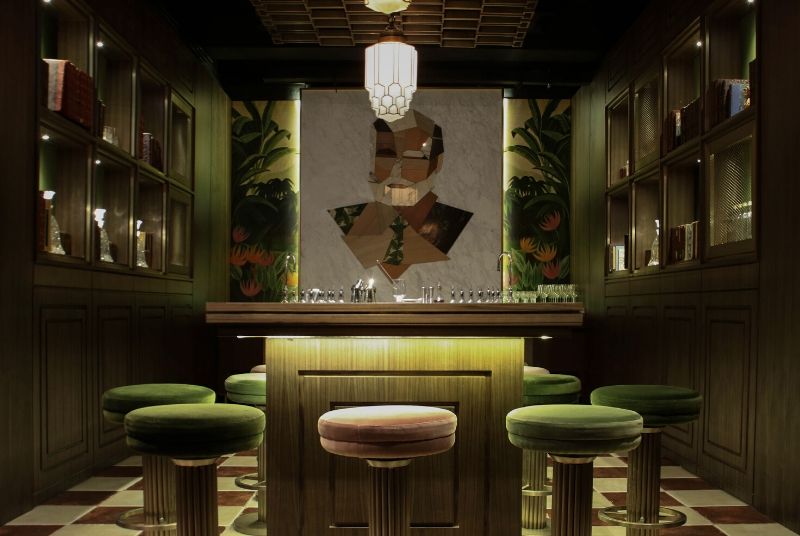 Tell us about the genesis of the concept
I think I was still at Lobster Bar and I went out for drinks with my now partners Roman [Ghale] and James [Tamang]. Naturally we got drunk and when bartenders have a few drinks we inevitably start talking sh*t about opening a new place. But this time we followed through: we made the alcohol-fuelled talk become a reality!

When you build a new bar, you just want to be happy and to ensure you get a return on your investment – it’s a passion project. We wanted to create something genuinely new and fresh in the market, but we certainly never expected to achieve as much as we have. To be ranked No.1 in Asia’s 50 Best Bars last year ahead of the big boys like Manhattan and Atlas was unbelievable. This year we are No.2 but still extremely happy also to be named The Best Bar in China, sponsored by Matusalem. The Old Man Singapore being No.22 and winning the London Essence Best New Opening was equally fantastic news. And we all needed that positivity during the tough situation of recent months.

And let’s not forget you personally won the Industry Icon Award at Asia’s 50 Best Bars just last month, too…
There are so many great talents across Asia that I never thought this could be me. I’m truly honoured, grateful and humbled. My philosophy has always been very much about enjoying my job and creating an atmosphere where everyone enjoys working. In a bar, that is reflected in the staff’s attitude and it leads to the guests enjoying themselves too. If they see your pleasure in making drinks, that pleasure is transferred. There is no formula to success; genuine hospitality must come from the heart.

When did you first realise you wanted to pursue this as a profession?
I was 18 and studying in Jakarta, working part-time as a busboy in a café-bar. There was one bartender I saw at work – doing everything: making the drinks, doing the billing, cleaning up, but also entertaining the customers. And he had the attention of all the girls!

I watched him and decided that’s what I wanted to do, so I asked my manager to move behind the bar. Luckily, he had faith in me – but I had to wash glasses and clean up for a long time before I was allowed to make any drinks or serve customers. Even back then, I knew I wanted to be a bartender – and all bartenders dream of opening their own place one day.

What’s next for The Old Man’s growing family?
For now, we will concentrate on the two bars we have. The Sea by The Old Man [in Hong Kong] sadly closed earlier this year – it was in the wrong location to survive various recent challenges – and we have enough to keep us very busy. We will shortly launch a new menu at The Old Man in HK; our version three. That means that the version two menu will transfer to Singapore and be served there for the first time.

The new menu is a team effort: previous menus have been mostly created by me, whereas at least 50% of the drinks on this one come from the team, which I’m very happy about. Expect it in early July. We have to keep a couple of the favourites though – The Sun Also Rises, which is from the very first menu, and A Moveable Feast, which is incredibly popular. 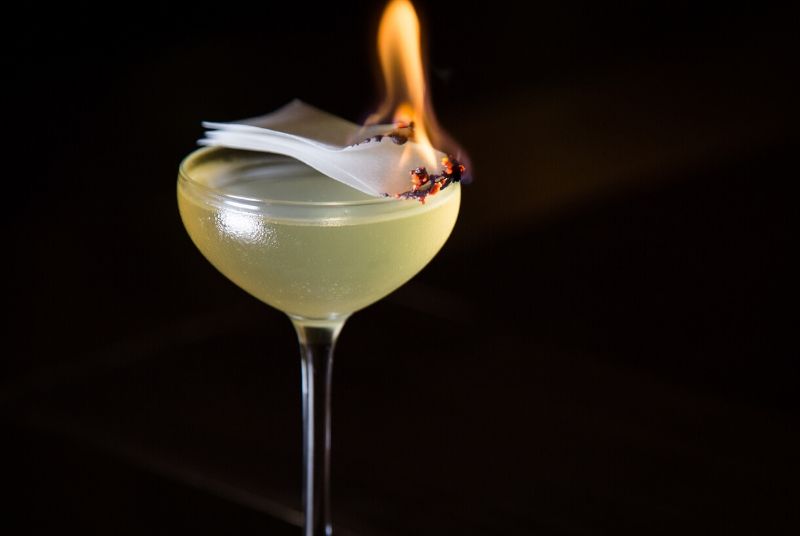 Garden of Eden, one of The Old Man's signature serves

And what about your personal ambitions?
I’m actually making and serving drinks more frequently now at The Old Man HK as we have a smaller team due to the situation. I’m always happy meeting guests and talking; I don’t change so much. One day we might look at opening in Europe or even the US, and eventually I’d like to return to Jakarta.

You are celebrating 20 years of working in bars – what’s the biggest change you’ve witnessed over that period?
The style of working has changed completely in the last decade. It used to be mainly about selling as many drinks as you could and making money. Now there is a focus on craft cocktails, on fresh ingredients, on professional mixology, on individuality. And people gladly share information across the world – it’s very refreshing to be part of.

Bartending is seen as a career now…
Where I was from it was taboo to work in a bar. Now people realise it’s not only a career, but an art – it’s certainly not just about getting drunk! I’ve proved many people wrong, and I mean that in a positive way. I can combine my career with my passion.