“Before we entered the 50 Best list, we were about to close” – Álvaro Clavijo, El Chato

As El Chato wins the Highest New Entry Award, debuting on the Latin America’s 50 Best Restaurants list 2018 at No.21, chef-owner Álvaro Clavijo reflects on the difficulties of doing ‘different’ in Colombia’s dining scene.

It’s the day after the Latin America’s 50 Best Restaurants awards ceremony in Bogotá and Álvaro Clavijo is trying out a new dish on a table of international guests. The dessert, an avocado soufflé, is a balance of creamy, light avocado with a hidden layer of silky, coffee mousse, cooked to perfection. It’s the sort of dish that would go down well with the Instagram crowd in New York or London, but it’s unlikely to make the menu at El Chato because, for Colombian customers, it’s simply “too weird”.

“People are still a little bit afraid of what we’re doing here,” says Clavijo. “If I serve that avocado soufflé on the menu, people would remember the restaurant as super weird, because in their minds we’re mixing ingredients. But that’s my work, that’s what I enjoy and that’s what I want to come to work and do every day.”

Clavijo impressed the voters on the Latin America’s 50 Best Restaurants list, a group of 252 chefs, journalists, restaurateurs and foodies from all over the region whose votes this year helped secure the restaurant’s debut at No.21. But, he says, before receiving the notification that El Chato had made it onto the list, he and his four business partners – who together own four establishments – were considering closing the restaurant. 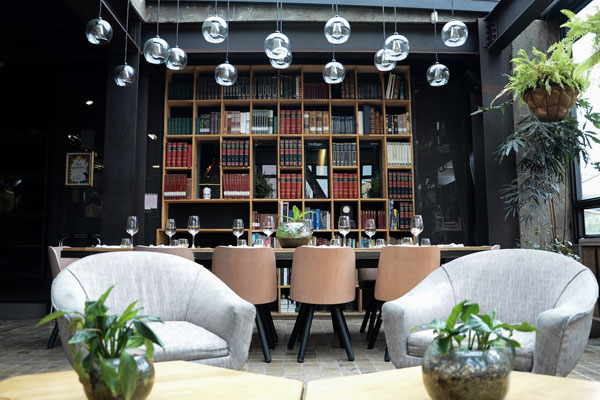 The chef's table at El Chato

El Chato is not a particularly Colombian restaurant – many of the techniques and ideas come from Clavijo’s time working at high-end restaurants in Paris, New York and Copenhagen including Le Bristol, L’Atelier de Joël Robuchon, Per Se, Atera and Noma. But the ingredients are Colombian, and the name ‘El Chato’ is a term of endearment used by Bogotá locals, adapted to reflect the chef’s affection for local produce.

Aside from serving creative dishes such as his signature squid-ink-stained rice crisps with crab and a dessert of tangy guanábana fruit with miniature meringues and lulo fruit granita, Clavijo keeps a hearty dish of chicken and rice with vegetables on the menu because, he says, “if you take rice and potatoes off the menu in Colombia, you’re done.”

Clavijo is one of a small group of young Colombian chefs who are returning to their country after years spent training overseas, pushing the boundaries of local cuisine with their learnings. The 33-year-old chef returned to Colombia in 2013 after time in Europe and the US, opening El Chato in its first location in Quinta Camacho in 2015 before moving it to its current location in the Chapinero Alto neighbourhood in 2017. 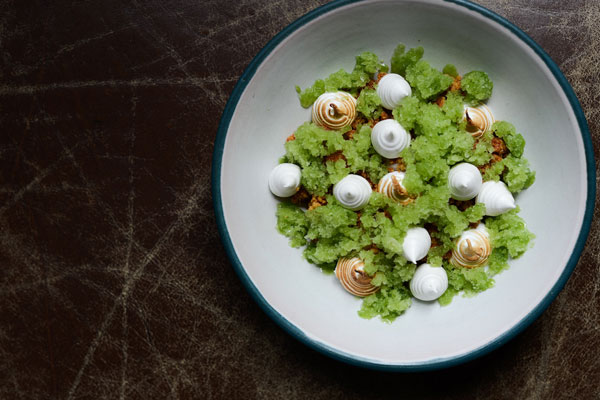 Things have changed since Clavijo first moved abroad. He grew up during the armed conflict in Colombia, which ended when the government signed an accord with the Revolutionary Armed Forces of Colombia (FARC) two years ago. Since then, chefs have had greater access to ingredients that were previously unreachable due to FARC’s presence across vast parts of the land. Things are improving now, but Clavijo says Colombians need time and an open mind before the country’s gastronomy will achieve anything close to the success of neighbouring Peru, for example.

“It’s not part of our culture to go out to restaurants – for Colombians, that’s only for special occasions,” he says. “So when you go out for something special, restaurants here will give you a burger or French or Italian cuisine. For restaurants that specialise like ours, it’s going to take a lot of time. But we have a lot of things to discover, we have a super special country with a lot of ingredients, and at some point we’re going to get there.”

Clavijo is able to sustain El Chato because his other restaurants fare better economically, though he admits he could make much more money by opening a French restaurant. He says winning the Highest New Entry Award was an achievement not just for El Chato but for all the restaurants in Bogotá that are doing things differently. He cites Mario Rosero at Prudencia as another young Colombian who is breaking boundaries with local cuisine – but there are others who are still abroad, and he looks forward to the day they come back to work in Bogotá.

“A lot of people came up to me at the awards and said it was exciting because ‘this is not for you, it’s for all of us’,” he says. “I really hope that chefs start to think that this is something that can happen, that we can do something different. I’m really looking forward to people understanding that.”