As one door closes, another one opens – or at least that is the case this week, with Restaurant André doing its final service yesterday and Noma 2.0 doing its first today.

René Redzepi’s restaurant Noma changed pretty much everything in the history of Scandinavian cuisine. In 2003, no one spoke of Nordic cuisine, but with the help of Redzepi and business partner Claus Meyer in 2004, chefs from all of the Nordic countries came together in Copenhagen to discuss the creation of a ‘New Nordic Cuisine’ based on simplicity, freshness and seasonality. The simple, minimalist approach to ingredients that is characteristic of Nordic cooking is now a major part of the culinary psyche and has influenced and guided chefs from all over the world.

What is on the menu at the new Noma will be for its first diners to discover, as Redzepi has kept relatively schtum before the big reveal. But what we know is that the restaurant will divide its year into three seasons and the menu will change dramatically to reflect the ingredients available. Noma reopens this week during seafood season, with vegetables in the European summer and early autumn, and game and forest from autumn to January. Bookings are strictly via the Noma website and there are special discounts for students.

At the 15th Anniversary celebrations of The World’s 50 Best Restaurants in June last year, Redzepi told 50 Best that the restaurant will be making bold moves without fear of failure. “The point is that we dare again to fail, whereas with the old Noma, it had to be perfect."

True to his word, Redzepi has been posting Instagram Stories to record his 'failures' or dishes that were tested and didn't make it onto the menu. The list already includes scallop tostadas, fish pastry with rose custard, sea snail and pickles, fresh water clams, hermit crabs and sea stars.

So will the four-time No.1 in The World’s 50 Best Restaurants live up to expectations with its newest incarnation? Here are a few thoughts from the wider 50 Best family.


Hear Redzepi talk about daring to fail with Noma 2.0:

“I remember as if it was yesterday a dish from the old Noma called "The Jensens’ Hard Winter of 1941" (Jensen is the most common surname in Denmark, so the title of the dish referred to a typical Danish family), made of tubers, turnips and marinated roots. It brought to mind what was cooked in Denmark in the coldest winter of the last century, during the Nazi occupation, but with the class and elegance of the modern kitchen of René. That shows how sensitive Redzepi is about his country, his people’s history and the metaphoric meaning of food.

“I expect that with the new Noma, René will continue to show strong pride in the products and the cuisine of the North. He was among the first to conceive a fine dining that applied international cooking techniques to local ingredients. He created a movement and became a source of inspiration for many young people.”

"I persuaded a couple of my friends, who were not really into fine dining, to join me at Noma in 2012. I wasn’t sure how they would react to the new atmosphere and concept behind fine dining, and of course fine dining “Noma style,” but they were overwhelmed and said that they had experienced a meal of a lifetime.

"I know that whatever comes out of Noma 2.0 will be fantastic – it will all be thoughtful, detailed, focused and above all sustainable in many, if not all, aspects. I want to see which, if any, things you can spot from the past, what is kept and what has evolved. Above all, I’m most excited about getting a table – so bring it on Noma 2.0. I’m ready for you!” 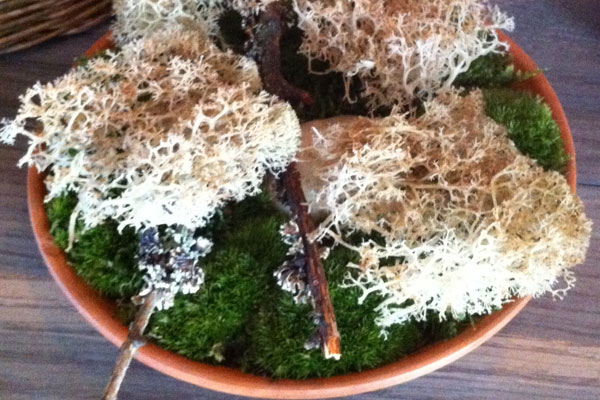 “With the new Noma, I expect René to make people more sensitive to the environment and the future of planet earth by choosing producers and the origin of each product carefully. I expect a big scale revolution among chefs and foodies to set another mindset and to show the right way of feeding the planet.”

“Our most cherished memory is foraging on the beach with chef Redzepi and learning about the edible landscape that shaped Noma’s cuisine. What appeared to onlookers as a typical walk along the shore was actually a lesson from chef on the local and seasonal ingredients that are all-surrounding. Our day culminated in an epic 20-course tasting menu with many of the foraged flora we had learned about on the beach earlier that day.

“We experienced first-hand the movement of ingredients from the earth to the plate and the importance of using what nature provides us. We eagerly await what Noma 2.0 will bring as they work more closely with the seasons. We anticipate a menu that will be educational, inspirational and even shocking, because we expect nothing less from the mastermind chef who brought us beef tartare and live ants!” 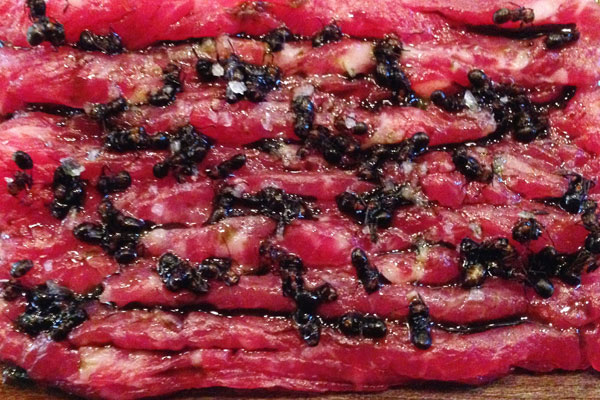 Beef and ants at Noma (image: The Neverfull)

“I really look forward to eating the first season of seafood, but most exciting will probably be the vegetarian season – I’m sure René would say the same, knowing how much they have been working on this vegetarian project. Their pop-ups worldwide are a prelude and form a research basis for what’s to come in Noma 2.0, especially the vegetarian season. I don’t want to get too far ahead of myself, but I’m pretty sure it will revolutionise the concept of ‘vegetarian meal’ – if anyone can turn me, you and every discerning foodie into a vegetarian, it’s René Redzepi.”

Now hear Redzepi talk about his foraging initiative at #50BestTalks: