Pushing the boundaries of the restaurant: dive into Andoni Luis Aduriz’s introspection that defines Mugaritz’s 2020 season

As he reopens his visionary restaurant after four months of lockdown, chef Andoni Luis Aduriz unveils the most forward-thinking and introspective version of Mugaritz yet – and explains how creativity will get us through the pandemic

One year ago, chef Andoni Luis Aduriz recalls, two dedicated gastro-travellers had dinner at Mugaritz – the restaurant near San Sebastian, Spain, that has been voted in the top 10 of The World’s 50 Best Restaurants every year since 2006. After a tour of the kitchen, they asked to speak to the chef. They were baffled, they said, because in all their years of eating out, they had always been able to find a thread, some sort of unifying theme for every restaurant. But for Mugaritz, they couldn’t.

Indeed, Aduriz has found the word ’restaurant’ uncomfortable for a while. And it’s not just that when you arrive at Mugaritz, you are presented with a naked table – an “absence of objects”, as the chefs calls it. It’s not even that there is an absence of cutlery, an absence of bread, or even an absence of menu structure, without starters, mains and desserts. It’s that Mugaritz, he says, is a “trans” restaurant – a project that feels like it was born in the wrong body.

The version of Mugaritz that re-emerged after the pandemic is a perfect encapsulation of its mission to give customers something more than food, and to do so by reshaping the concept of what a restaurant is. Aduriz spent the months of lockdown in Spain thinking, writing and sifting through his ideas, until he reopened with a new menu on 31st July. Although the plan is to close again in October to delve back into the restaurant’s creative phase, until then, Mugaritz’s mission is to impart creativity to the diner. 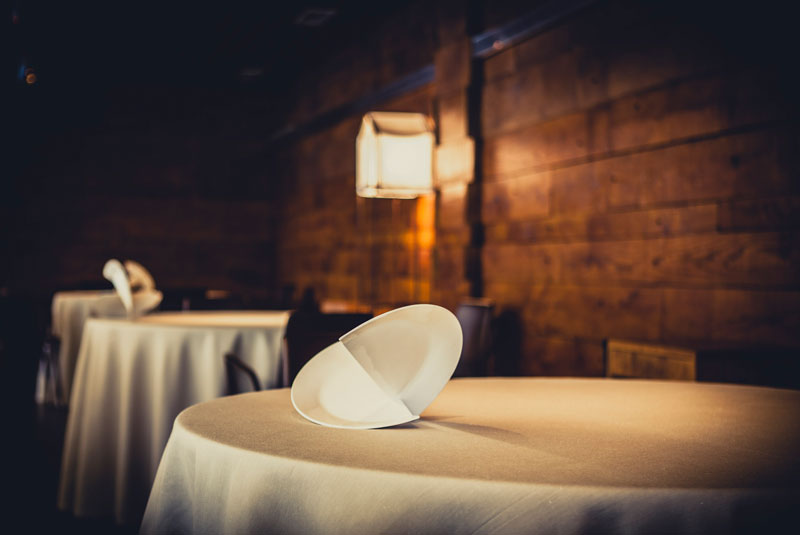 “Restaurants are usually spaces of certainties, often looking for the sympathy and the pleasure of the diner,” reflects Aduriz. “Mugaritz is a space that goes off the rails and doesn’t offer any certainties. It proposes a journey through the doubts; an investigative exercise. We seek to open up the diner’s creativity – they cannot simply be observers. It's like removing the layers of an onion. Maybe at Mugaritz you take off two or three layers. But when you go back home, in the following days, if you are sensitive, you continue to remove new layers from your experience, and that’s the most beautiful part.”

In his quest to create a restaurant that is more than a restaurant – an artistic expression, a part of the culture, or perhaps a performance – the chef had to let go of many presumed tropes. “Think about this – when you open any western cuisine cookbook, what do you find?” he asks. “It starts with a section about starters, then you have vegetables, pasta, legumes, soups… There’s a pre-established order, and if a dish has fish and legumes, depending on the quantity of each, it will be classified in one section or the other.

“At Mugaritz, we don’t label dishes – we develop ideas. We say: this dish is challenging. This is a landscape. This is a walk, and this one is pure technique, this is nature, and that one is to rest.” The focus shift is immediate: instead of looking at what the dish is made of, Aduriz and his team look at what it gives. But what kind of opportunities does this afford? 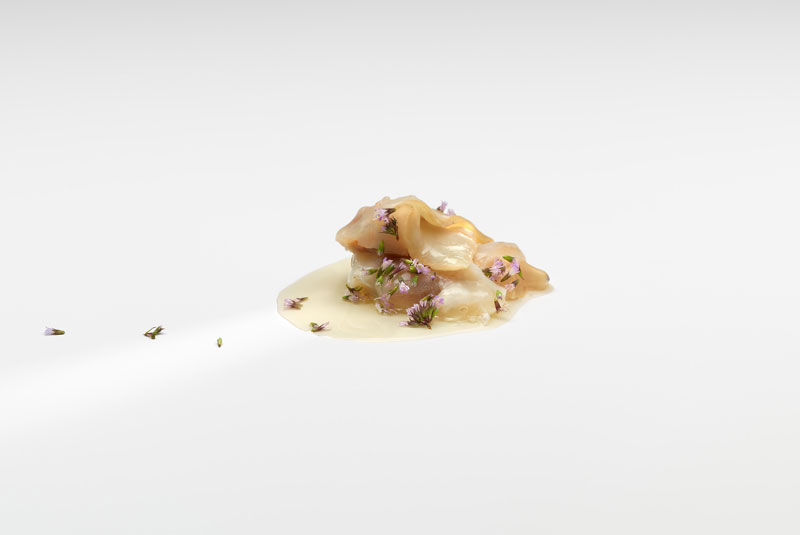 “Infinite and beyond!” he says emphatically. “We’re trying to make sure that the menu has a bit of everything. Like a novel or a film, there has to be some tension, some technique, and some moments when you rest. If you make a film with too many moments of tension, it gets out of balance. This year, there are dishes that are very poetic, and a lot of poetry is generated by the menu being so well sequenced. We’ve achieved some interesting things.”

Aduriz says he normally doesn’t describe his dishes – because a dish, alone, is something irrelevant. But this time, he’s making an exception. “We’ve created an ice pillow. You know when you put your hands at the centre of a pillow, it sinks a little bit. Crumbled and lined up at the centre of the pillow is a crab. We ask people to take the pillow, which is served on a napkin, in their hands. As you bring your face closer to it, your cheeks reach the ice and your face cools down while you are eating. It's so delicate, so obvious, so childish, so beautiful, so poetic – this is Mugaritz. Suddenly the importance is not only in eating, not only in the dish, but while you are approaching the food, your cheeks get refreshed.”

The chef compares the dish – called ‘Dreams - Crab’s Caress’ – to a haiku: with very little, it says a lot. The 2020 season of Mugaritz is not about what’s on the plate, but about what you take away. The next dish, Aduriz continues, pushes further the theme of water used as a technique or a tool. It consists of a freeze-dried crab, a method that turns the crustacean into a very fine noodle, like angels’ hair. “It’s about what the water gives, and what the absence of water gives,” says Aduriz. “The concept of water, presence and absence, and temperature as an ingredient… These things are very beautiful when they are premeditated.” 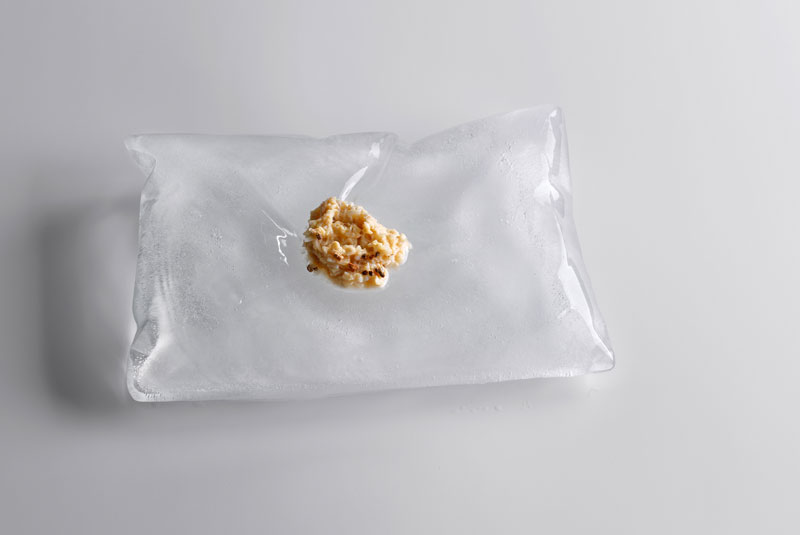 When Mugaritz reopened, the chef found himself faced with a singular problem. “Mugaritz is a story restaurant, a restaurant that needs to be told, that needs context,” he says. “But it turns out we’ve been given a muzzle. We’re kind of gagged. So we said, ‘let’s solve it creatively’.” With the team unable to talk to diners in the usual way through the safety masks, they decided to give a voice to the table instead. Now, the Mugaritz story is told through a series of cards, featuring beautiful designs on one side and text on the other. “This has created a very curious situation,” says Aduriz. “Diners start to be over-stimulated; all this information creates a positive creative tension and the experience is very rich, very sensory.”

With such a boundary-pushing restaurant, it’s no wonder that Aduriz feels strongly about creativity. “The prefrontal part of the brain is the most evolved,” he highlights. “It’s where everything that our senses give us is brought together. It’s the part where language is executed and, the most interesting thing, it’s the part that anticipates the future. This is what allows us to exercise that creativity, and it’s perhaps the greatest talent that humans have as a species.” I offer that perhaps, through its creative process and culinary offer, eating at Mugaritz could be a bit like looking into the future.

“I wish that was true. If you took 100 chefs and asked them to cook with the future in mind, you would get 100 different things and they would all be absolutely valid. So perhaps, dining at Mugaritz is like eating a hypothesis of the future.” 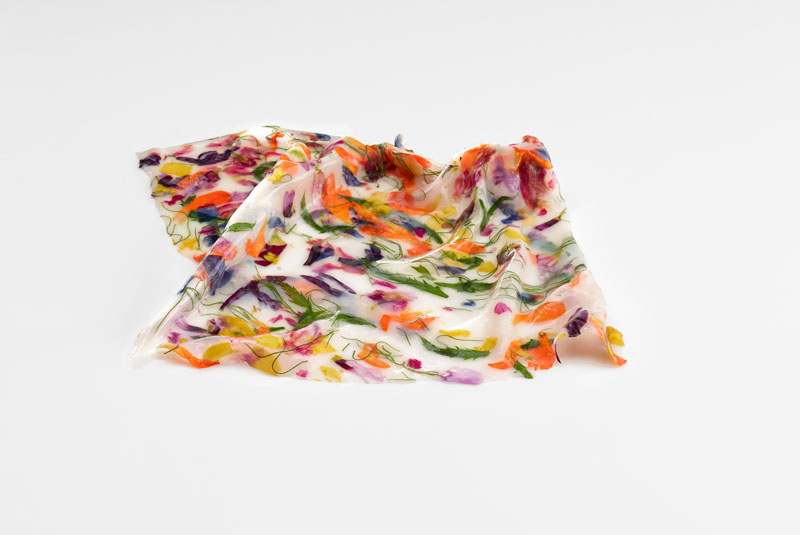 Returning to the restaurant on 31st July, the chef didn’t know what to expect. During a normal year, up to 80% of Mugaritz’s clientele comes from abroad, but with border restrictions, quarantines and reduced air traffic, 2020 would be a year like no other. “The surprise is that I have found an extremely motivated team and a loyal customer – this whole situation has helped people understand that restaurants form part of the culture a city and a country, and that they need support,” he reflects.

However, the four months of lockdown also led the chef to draw some hard conclusions. “Before this, we hadn’t realised the level of fragility we had. Even with an international projection and a big team – when it came down to it, we were all in the same situation. We realised that we lived in a fictitious world, and this is very worrying,” he says.

“Then, I realised that much of the population has a rather low capacity for resilience and sacrifice. This worries me because if in a situation that is this serious, people have this level of insensitivity, how are we going to fight other issues? We’ll win the battle with the virus, at the cost of many lives and much money, but we will win it. But what about the battle of climate change? And the fight against pollution? And the battle for sustainability?” 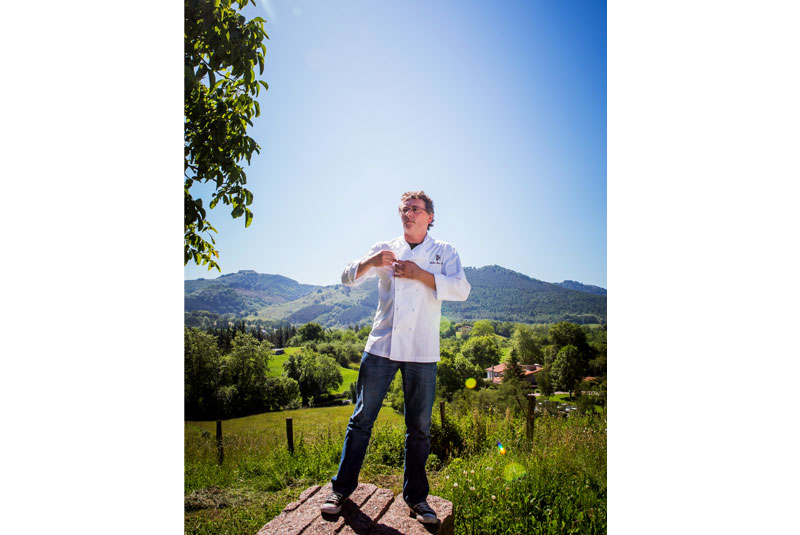 Ultimately, his reflections brought him back to the restaurant, more confident than ever of the role it needs to play. “Now more than ever, a project like Mugaritz is needed,” concludes Aduriz. “Because after this rather discouraging landscape I have painted, quite grey and desolate, what we need are places that generate beauty, that give us the option to push the dreams we have collectively. Now, more than ever, we need poetry, we need culture.

“Suddenly, the pandemic has helped me to fix my thinking and say: ‘this is a temple of pleasure!’. We can't forget that we're here to put colour in that grey world by being the best possible version of ourselves. With a lot of creativity – all that we are able to muster.”

Visit the Restaurant Recovery Hub and the Bar Recovery Hub to explore useful resources and read the stories of chefs and bartenders around the world during the pandemic. Follow 50 Best on Instagram, Facebook, Twitter and YouTube for the latest news and videos.