Detail and determination: how BKK Social Club is setting the new standard for bar hospitality

Marking the first of the pre-announced accolades for Asia’s 50 Best Bars 2022, BKK Social Club is named the winner of the Michter’s Art of Hospitality Award. Esteemed head bartender Philip Bischoff reveals to 50 Best what makes the Argentina-inspired bar the latest firecracker in Bangkok’s electric cocktail scene

“It came down to three Ps,” begins Philip Bischoff. “Places, people and parties.”

It’s a winning combination that has been years in the making. The trio have been the cornerstones for BKK Social Club since it first opened in 2020 under the leadership of the affable German-born bartender and are woven seamlessly into every stitch of its design from the décor to the glassware.

“I wanted to create a social hotspot,” he says. “That was our core focus from the beginning – to create a place for people to feel welcome, get together and celebrate.”

Fresh from the acclaimed Manhattan in Singapore, Bischoff arrived in Bangkok to open the Four Seasons group’s latest venue – located inside the hotel at Chao Phraya River – with a clear vision.

“We wanted to create a big living room for the local community, and this being the Four Seasons, everyone expects a little glamour and luxury,” says Bischoff. BKK Social Club certainly has that: with low-lit lamps enclosed by sleek leather booths and tropical living walls, it has guests feel as if they have stepped off the streets of the Argentinian Roaring Twenties. 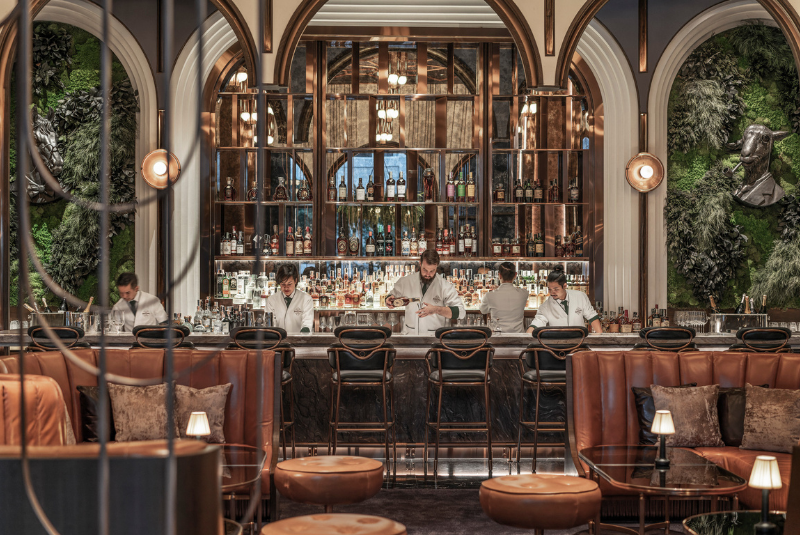 The interior of BKK Social Club, the flagship bar inside the Four Seasons hotel in Bangkok

Having established the perfect setting, Bischoff turned his attention to the menu. “That’s where research came into play. We looked to characters like Eva Perón and Diego Maradona for inspiration and storytelling,” he says.

The latter became the basis for BKK signature cocktail ‘Hand of God’. Referencing the goal from the late footballer in 1986, the drink’s tequila base reflects Maradona’s Argentinian heritage, while the bittersweet victory is embodied in the negroni-style build. The iconic First Lady of Argentina, Eva ‘Evita’ Perón, is characterised by a profound layering of flavours: pineapple rum, Campari, citrus and bay leaf, served in a delicate coupe glass.

As well as the tongue-in-cheek creativity of the signature cocktails, BKK also offers classic libations and craft spirits for those feeling less adventurous. The ‘Social Club Classics’ are a range of age-old favourites with a twist, such as the pistachio margarita, champagne colada and The Manhattan – a concoction of Michter’s whisky, bourbon and cherry brandy.

“More than just the storytelling, it’s a menu for our guests. We wanted to have something for everyone who walks in the door. That meant looking into champagnes, beers, bottled cocktails and wines, of which we have one of the most extensive selections in the city,” explains Bischoff. 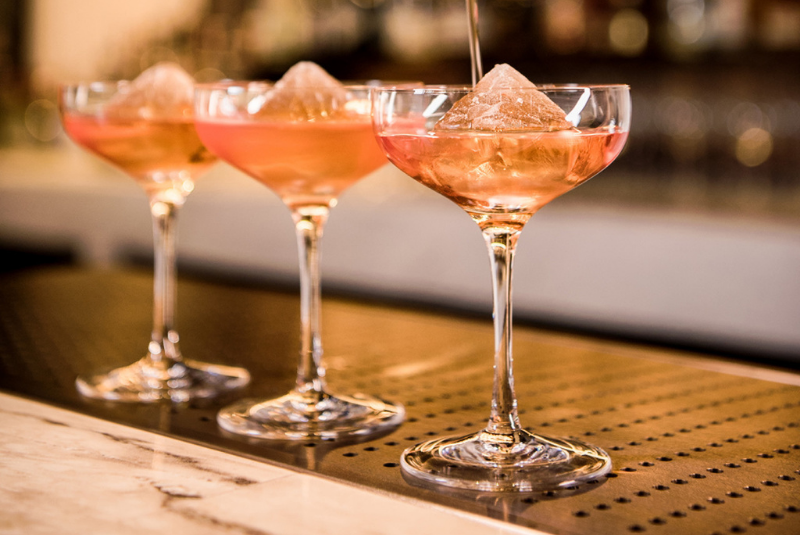 One of BKK Social Club's signature cocktails, the Evita: a combination of rum, Campari and citrus, which takes its name from the Argentinian First Lady of the 1940s

While BKK Social Club’s established theme and outstanding hospitality give the impression that it’s a veteran player in Bangkok’s bar scene, the venue is still very much in its infancy. Bischoff and his team had scheduled the launch for December 2020, but the pandemic forced the team into hiatus only 42 nights after their debut.

Bischoff reflects fondly on the rallying and welcoming nature of the bartending community in his new home, especially during those challenging times. “Everyone did their best to keep people close, engaged and employed – with food, coffee, cocktail deliveries – whatever was allowed,” he says.

BKK Social Club’s return in the final months of 2021 coincided with the rebirth of the city’s nightlife. “Now, everyone is eager to grow again and showcase what they’re capable of, especially with Asia’s 50 Best Bars coming to Bangkok. It’s a positive spike for the energy and motivation of the scene and it couldn’t have come at a better time. It’s important for the community to experience such a boost,” says Bischoff.

Having received their first-ever award bestowed by Asia’s 50 Best Bars, the BKK Social Club team waits with anticipation for the announcement of the latest edition of the list, sponsored by Perrier. A live, in-person awards ceremony is set to take place in the Thai capital on 28th April and will celebrate both the new ranking and the special award winners.

“The award was not expected at all,” exclaims Bischoff. “For me personally, it’s great, but it means so much more for the team. It’s amazing motivation for them and it sends a great message to everyone for their hard work and commitment.” 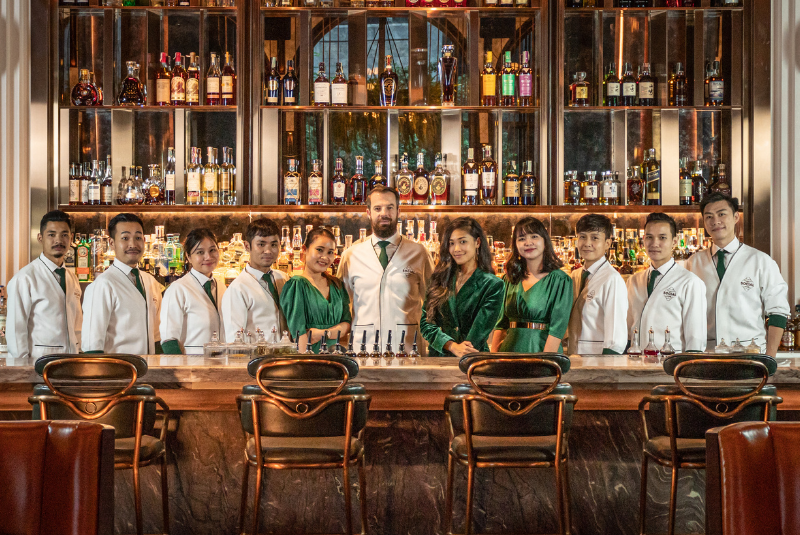 Each member of the team brings something special to the table and contributes to the bar’s award-winning level of hospitality. “That’s one of the best things about working in an industry with so many great people. There’s not a single day where I don’t learn something about myself, someone or something else. It’s allowed us to become friends, share great moments together and learn from each other,” reflects Bischoff.

The head bartender’s own experience is mirrored in his aspirations for his guests: “I just want everyone to enjoy their time and make good memories. Hospitality starts at the door, but it’s our job inside the bar to value the most important thing that a guest trusts us with. It’s not money, it’s their time.

“It might be that one smile, a joke, or a little engagement makes someone who just came out for a beer say: ‘That was a great evening.’ If they come back, even better. Every returning guest is an acknowledgement of the work we do."

Watch the video with Philip Bischoff at BKK Social Club, winner of the Michter’s Art of Hospitality Award 2022:

Asia’s 50 Best Bars 2022, sponsored by Perrier, will be revealed at an event in Bangkok on 28th April. The ceremony will be livestreamed on 50 Best Bars TV YouTube channel and 50 Best Bars Facebook page.