…Bangkok! Plans are underway for an in-person celebration of Asia’s 50 Best Bars 2022, sponsored by Perrier, with the ceremony scheduled to take place in the Thai capital on 28th April. Here’s everything you need to know

After a two-year hiatus from the largest celebration of the continent’s cocktailian talent, Asia’s 50 Best Bars is planning a return to a live ceremony for the grand reveal of the 2022 list. As it stands, the vibrant city of Bangkok is offering the best opportunity for safe and secure large-scale gatherings and organisation is well underway to bring the bar community together on Thursday, 28th April.

The event will begin at 7.30pm local time in Bangkok (6pm India; 8.30pm Singapore/HK; 9.30pm Japan; 1.30pm UK), culminating with the announcement of The Best Bar in Asia 2022, sponsored by Perrier. The usual array of special awards will punctuate the night and the whole ceremony will be streamed live on The World’s 50 Best Bars Facebook and 50 Best Bars TV YouTube channel for those unable to make it to Thailand.

On the evening before the ceremony, all bartenders whose venues have made this year’s list and its extended 51-100 list will be invited to a Bartenders’ Feast, which will mark an emotional reunion after 50 Best revealed its list digitally in 2020 and 2021 due to the pandemic.

In the weeks leading up to the event, the Michter’s Art of Hospitality Award – an accolade given to the bar that has offered outstanding service to its guests in the past 18 months – will be revealed on 6th April; and the Altos Bartenders’ Bartender – the only peer-voted individual award in the programme – will be announced on 12th April. For the second time and to shine a wider spotlight on a greater number of the region’s bars, the bars ranked between 51st and 100th on the list will be announced via 50 Best’s social channels on 21st April. 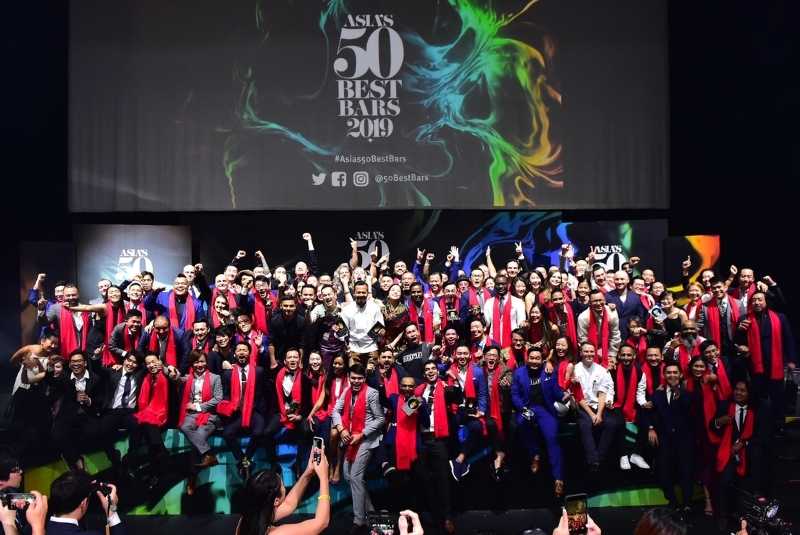 The move to Thailand marks a first for Asia’s 50 Best Bars and the seventh edition of the list, after a series of successful celebrations in Singapore. Bangkok has long been a key player in the Asian cocktail scene, with The Bamboo Bar set in the Mandarin Oriental hotel collecting the award for The Best Bar in Thailand in the past five editions of the list. Its cocktail scene is far-reaching and diverse, with many of the venues influenced by gastronomy and the unique ingredients available from its wildly varied ecosystem.

The 2022 list of Asia’s 50 Best Bars was created by the Academy, an influential group of over 220 leaders in the region made up of drinks writers, educators, journalists, bartenders, bar owners and regional cocktail afficionados, with a 50/50 gender balance. Their votes determine which venues appear in the list each year. The voting rules for 2022 reflect recent restrictions on international travel: voters could nominate a total of seven bars, including up to five from their home country, but with no obligation to vote for bars outside of their home country/SAR if they have not been able to travel. For more information, check out the voting section of our website.

So set a reminder in your calendar for 28th April and follow live the reveal of the key drinking destinations to book for the year ahead.


Asia’s 50 Best Bars 2022, sponsored by Perrier, will be revealed at an event in Bangkok on 28th April. The ceremony will be livestreamed on 50 Best Bars TV YouTube channel and 50 Best Bars Facebook page. Follow now to be the first to know the details of the event and receive a reminder of its screening.