The fourth annual list of Asia’s 50 Best Bars was announced on Thursday 9th May at an awards ceremony held at the Capitol Theatre in Singapore, which played host to the event for the second year running. From celebrating bartenders to special guests, as well as a new edition of the #50BestTalks thought-leadership forum and a series of masterclasses at Singapore Cocktail Festival, catch up on some of the best moments from the events. 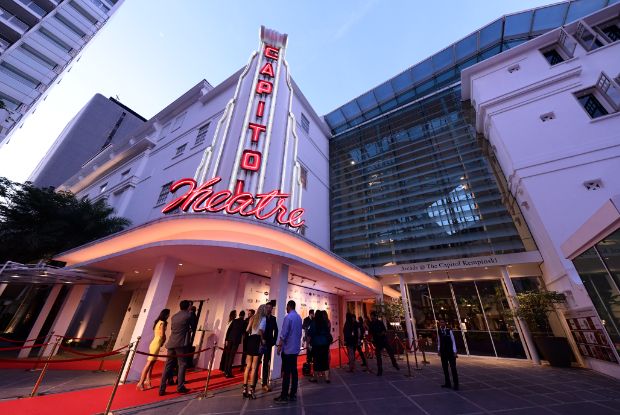 On the evening of Thursday 9th May, the greatest bartenders from across Asia made their way to the historic Capitol Theatre in Singapore, where the Asia's 50 Best Bars 2019 awards ceremony took place. 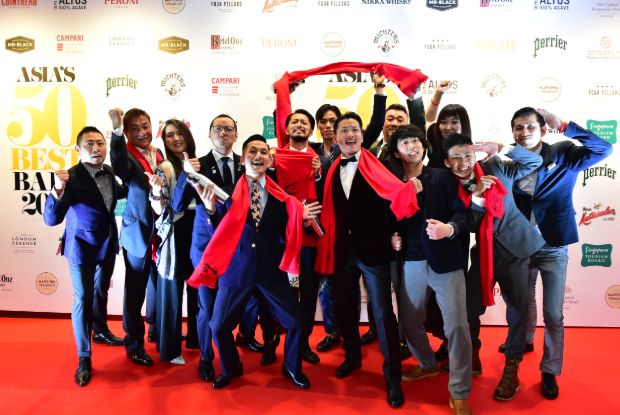 The first stop was on the red carpet, where cocktail aficionados took the chance to snap the perfect shot, including this group of bartenders and representatives of bars on the Asia's 50 Best Bars list, who were captured celebrating together. 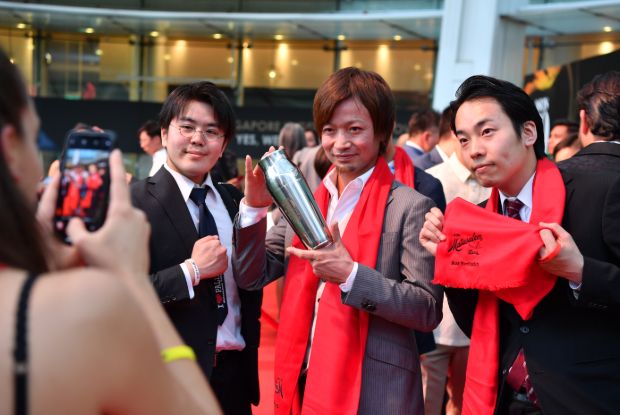 The bartenders from each of Asia's 50 Best Bars 2019 received a branded cocktail shaker for their bar (courtesy of Mancino Vermouth) and personalised red scarves (courtesy of Matusalem). In the photo, the team from Bar Benfiddich in Tokyo poses with the shaker.


4. Campari One To Watch Award 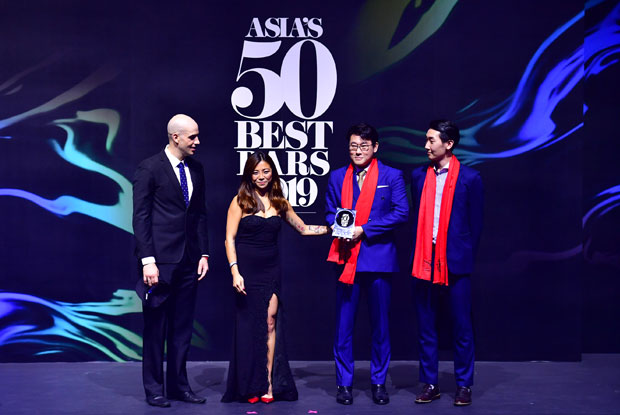 Pussyfoot Saloon in Seoul, Korea, was announced as the winner of the Campari One To Watch Award 2019, a prize for a rising star bar in the industry. In the photo, the Pussyfoot Saloon team accept the award. 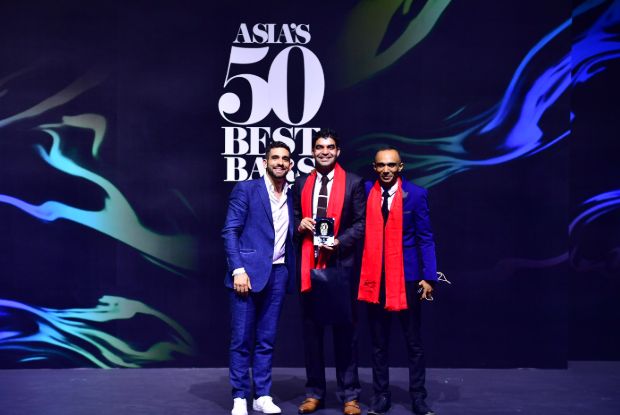 A new entry to the Asia's 50 Best Bars list, Bar Trigona in Kuala Lumpur, Malaysia, received the Ketel One Sustainable Bar Award, after an audit by Food Made Good recognised it as the bar that achieved the highest sustainability rating of the establishments voted into the ranking. 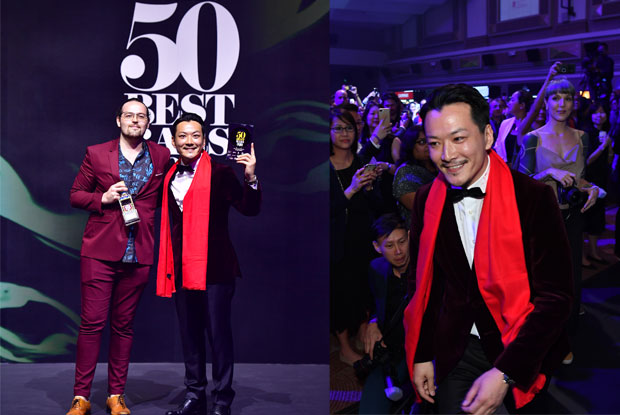 The only individual award voted for by the bartenders of Asia's 50 Best Bars 2019 went to Shingo Gokan, the legendary Japanese bartender who founded Speak Low, The SG Club and Sober Company, to recognise his contribution to the Asian bar scene. 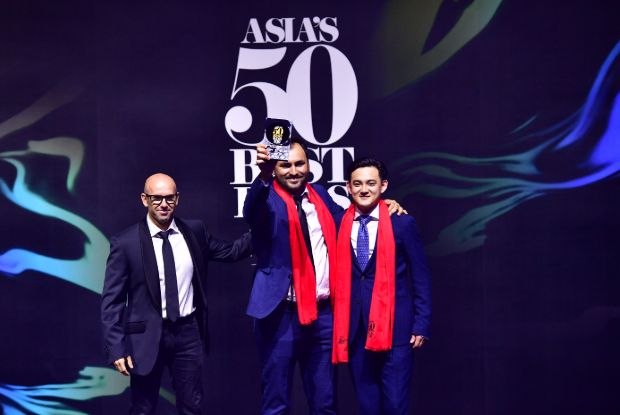 The highest debutant on the Asia's 50 Best Bars list was Coa in Hong Kong, China, which ranked No.12, receiving the Highest New Entry Award, sponsored by Seedlip. 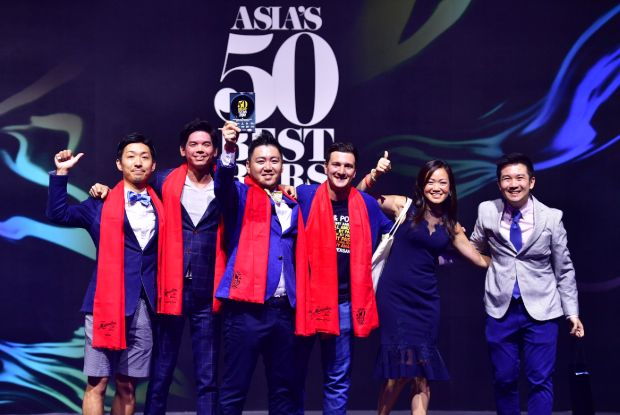 Jigger & Pony in Singapore was the bar that climbed the highest number of spots in the Asia's 50 Best Bars list from 2018 to 2019, going from No.42 to No.9 and earning the Highest Climber Award, sponsored by Mr. Black. 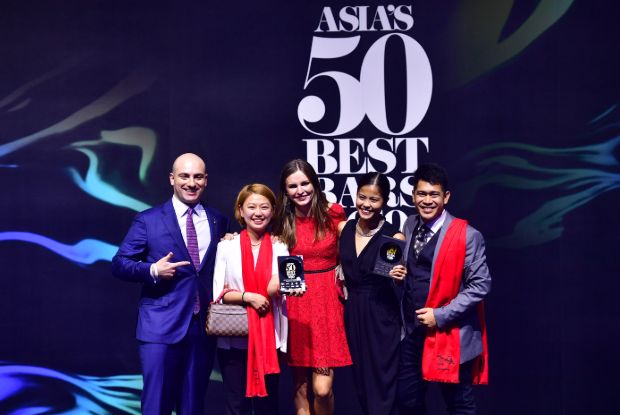 At No.2 in the ranking, Manhattan in Singapore received the honour of Legend of the List, sponsored by Michter's, which recognises the bar that has performed most consistently over the history of the Asia's 50 Best Bars list. 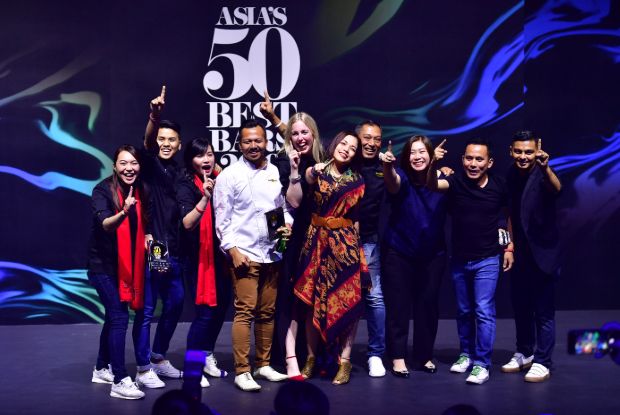 The Old Man in Hong Kong – the Ernest Hemingway-inspired bar opened in 2017 and founded by Agung Prabowo, Roman Ghale and James Tamang – was crowned The Best Bar in Asia 2019, sponsored by Perrier, marking the first time that a Hong Kong-based bar topped the list. 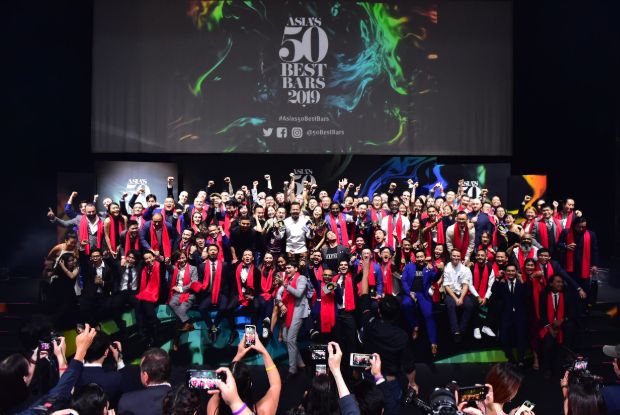 Following the awards ceremony, the representatives of all of Asia's 50 Best Bars 2019 took to the Capitol Theatre's stage to take a memorable shot featuring the leading bartenders in Asia's cocktail scene. 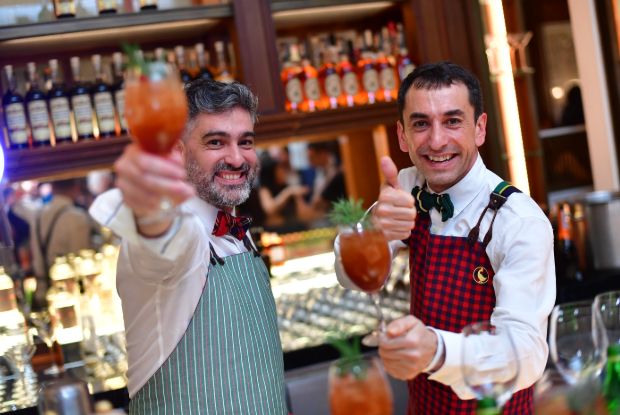 The After Party held at the glamorous bar at Capitol Kempinski Hotel featured some special guests, including Diego Cabrera from Salmon Guru in Madrid, Spain, ranked No.47 in The World's 50 Best Bars 2018, who prepared cocktails such as the Flower Power Negroni, a refreshing, citric and spicy drink. 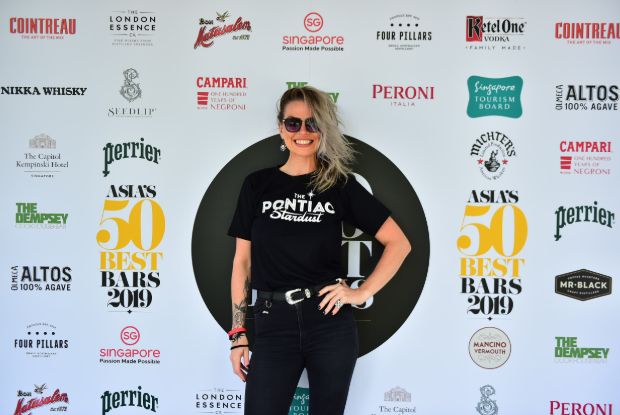 On Friday 10th May, the day following the awards ceremony, the latest edition of #50BestTalks took place at Como Dempsey in Singapore. In the photo, Beckaly Franks from The Pontiac in Hong Kong arrives at the event. 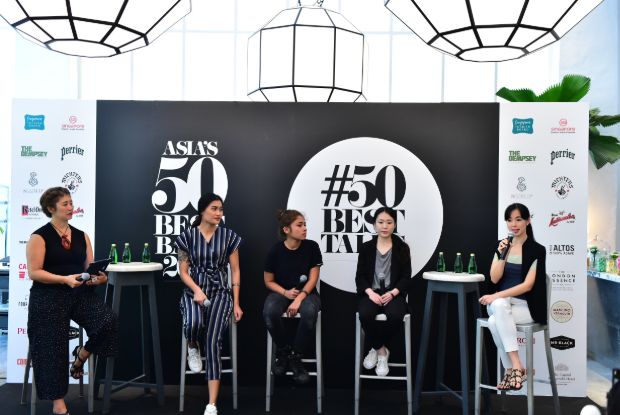 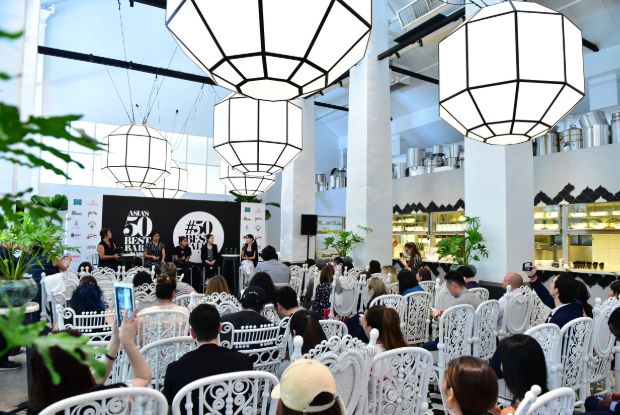 The discussion covered themes such as trends in the Asian bar industry, the rise of female bartenders and the challenges they face, recent innovations in the scene and how bartenders can train their staff to make sure that every customer can enjoy the bar experience. 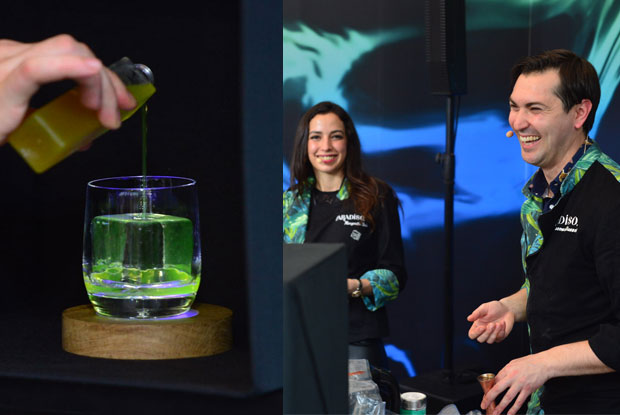 To conclude the festivities, Singapore Cocktail Festival was the stage for a number of Masterclasses organised by Asia's 50 Best Bars. In the photo above, Giacomo Giannotti and Margarita Sader from Paradiso in Barcelona, Spain, discussed their multisensory approach and demonstrated how they prepare their new cocktail, Kryptonite.


Now watch the highlights from the Asia's 50 Best Bars event programme in Singapore: