As she approaches the 10th anniversary of her Milk Bar business, pastry chef Christina Tosi reflects on her path into baking, what she learned from her mentors, Wylie Dufresne and Dave Chang, and how she dealt with a macho kitchen culture as a young cook. Tosi was part of the line-up at #50BestTalks: Life Cycle, presented by Miele, at the Basque Culinary Center in San Sebastian.

When Chef’s Table producer David Gelb approached Christina Tosi to star in a pastry-focused special of the cult Netflix series, her initial reaction was to say no. She thought the show – which has starred 50 Best chefs including Massimo Bottura, Dominique Crenn and Dan Barber – was only about fine dining, and that her confetti-sprinkled cookies and multi-layer cakes wouldn’t fit.

“But they said to me: ‘We know exactly what we’re getting and we want to do it – we think your story is really compelling,'” Tosi recounts. “I then felt an incredible sense of duty to share my story in the best light possible, to shed a light on, for me, what American dessert is and stands for.”

In the episode, which first aired in April, Tosi describes the journey that led to her signature creations, Cereal Milk Pannacotta, Crack Pie and Confetti Cookies. She returns to her hometown of Springfield, Virginia, and describes her humble upbringing – she was largely raised by her grandmothers and aunts while her mother was at work, and that meant being in the kitchen while “these really strong and mighty women” were baking. 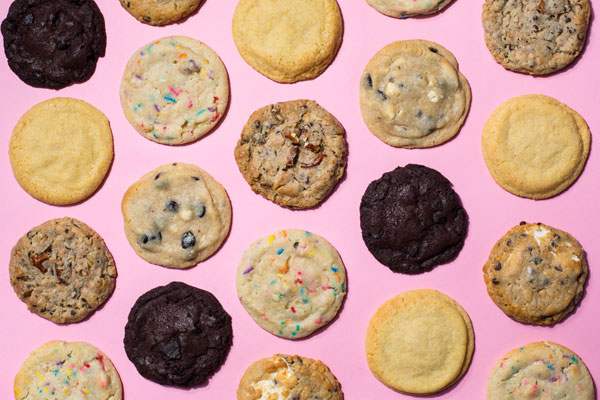 Although she was in love with dessert from childhood, it took a decade of working before Tosi gave herself permission to focus on her main passion. She moved to New York City to go to culinary school with a view to becoming a pastry chef, but in the meantime she worked jobs as a savoury chef and in the dining room to learn a variety of disciplines. She found a job at fine dining restaurant Bouley before moving to Wylie Dufresne’s acclaimed wd-50, which shaped her career.

“I learned everything about hustle and speed and technique and ordering and all of the operational parts of being a great cook from everyone else I worked for before Wylie,” she says. “From Wylie, I learned how to think about food. He demands that you have an opinion. I had never worked for a chef that asked my opinion about anything. If you said ‘that’s really nice,’ he’d say ‘what’s good about it?’”

Aside from learning to have an opinion from Dufresne, she also learned about kitchen culture, and was fortunate enough to train in a positive place at a time when very few women were chefs.

“Wylie’s kitchen at wd-50 was the best example of such a positive, productive kitchen culture,” she says. “He loved having a woman in the kitchen because he was like ‘it’s great, all the dudes wear deodorant, they shave, they’re a little more put together because there’s a woman in the mix’ and he treated every single one of his cooks with respect and regard. My favourite chefs were the ones that I worked for that stripped you down to the cook that you were and the chef that you wanted to become – it wasn’t about man or woman.” 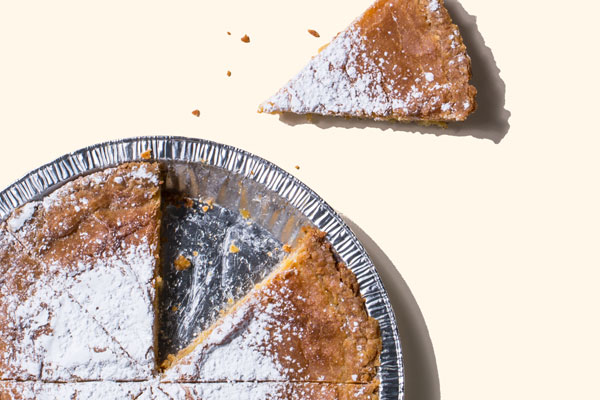 But Tosi still came up against some of the more negative sides of working in a male-dominated kitchen, and decided early on in her career to adopt her own approach.

“The culture in kitchens back then was different because the ratio of men and women was different,” she says. “You’re in a kitchen with a bunch of dudes and they don’t know what to make of this woman in the kitchen. When you’re any young chef starting out, you’re going to get taunted, you’re going to get picked on, so you have to prove to everyone else in your brigade that you deserve to be a warm body on the line. I started wearing a bow on my head because I was like ‘you’re making me really uncomfortable so I’m going to make you uncomfortable and wear an obnoxious, colourful bow on my head because I’m here and I’m not going anywhere'.”

Tosi was indeed not going anywhere. She learned everything she could from Dufresne, but by the end of her time at wd-50, she had fallen out of love with fine dining and was ready to go back to making hearty American desserts. She was introduced to Dave Chang of Momofuku, with whom she eventually ended up opening Milk Bar – but Dufresne had taught her some valuable lessons for her next steps.

“By the time I opened Milk Bar, I knew exactly what kind of kitchen I wanted to build and what kind of team I wanted to have, and it was a team of passionate individuals that were driven, that weren’t afraid to make mistakes but who had that internal drive in them and that wanted to take care of people.” 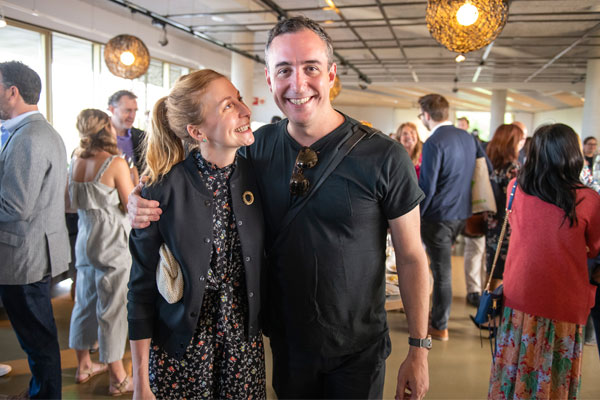 Christina Tosi with husband Will Guidara at #50BestTalks

Chang, whose Momofuku empire includes Noodle Bar, Ssäm Bar, Seiobo and the now defunct Lucky Peach magazine, shares Tosi’s passion for serving “delicious food to people in a very casual way”. She says they “get along like siblings” and that Chang pushed her to be her own boss, setting up challenges along the way. Eventually, a shop became empty next to Ssäm Bar in New York’s East Village, and Chang persuaded her to take it and build her own bakery.

“I loved his zest and his vision,” she says. “Momofuku at the time in 2007 was magnetic, electric, it was what we’d all secretly wanted in New York City but couldn’t quite put our finger on, and I just knew I needed to be a part of it. He would push me into the kitchen to make dessert and it led to me being pushed out of the house in all the ways I needed to be pushed, to blaze my own trail and start my own thing, which was Milk Bar, 10 years ago this November.”

Milk Bar now has nine locations in New York City as well as branches in Washington DC, Toronto and Las Vegas, and Tosi’s Crack Pies and cakes that aren’t frosted on the sides are known throughout the US and beyond. While Tosi juggles recipe development and business management with a TV career as a Masterchef judge, it’s clear that her passion for cookies is still very much her favourite part of the job. When the oven timer goes off during a live on-stage bake of her Confetti Cookies at #50BestTalks, Tosi jumps up in excitement, bursting with enthusiasm as she describes their fudgy centres and crispy outer layers.

“I realised as I had made my way up at wd-50 that I loved the chase, I loved the pursuit of rising,” Tosi explains, “but that if I wasn’t careful I would be making these gorgeous elegant desserts but serving them to maybe 100 or 150 people a night. I kept going back to the draw of a cookie, the draw of how I was raised in these childhood moments of bringing someone a batch of cookies or brownies and the simple, nurturing act of something that is incredibly democratic and that feels homespun in a way that somehow conveys a deep spirit of love in my mind. You can’t be the most passionate person about something if you’re not actually doing the thing that makes you the most passionate. And it was to make cookies!”