Colombia’s young chefs are cooking with some of the best ingredients they’ve ever tasted after a peace accord opened up previously inaccessible parts of the country. We speak to Alejandro Gutierrez and Juan Manuel Ortiz, owners of Salvo Patria restaurant, and Alvaro Clavijo of El Chato, about the impact on the restaurant scene.

When the armed conflict began between Colombia’s government and the far-left military group known as the FARC in the 1960s, the young generation of chefs leading Bogotá’s gastronomy scene today had not yet been born. Now these chefs, in their 30s, are cooking for the first time with ingredients they didn’t even know they had – because much of their country had been inaccessible until the FARC and the government signed a ceasefire agreement two years ago.

“There’s a very complex process in Colombia right now to end the violence, but the peace accord is a first step,” says Alejandro Gutierrez, chef and co-owner of Salvo Patria restaurant in the country’s capital. “But for the first time in Colombia, we’re able to look at our own territory and explore. Ten years ago, more than half the country was restricted. We were just looking outside and turning our backs on Colombia. We’re only just beginning the process of exploration and understanding our own ingredients.”

One of the most striking changes in the last two years has been access to the Pacific coast, which was too dangerous to visit during FARC control. Chefs including Gutierrez and Alvaro Clavijo of El Chato, also in Bogotá, say they are receiving better quality fish than they have ever had in Colombia.

“We’ve been working with fishermen from the Colombian Pacific, which is one of the regions most affected by the armed conflict,” says Gutierrez. “We are getting the most incredible fish I’ve seen in Bogotá since I became a chef.”

Gutierrez says he’s working with 18 species of seafood this year, including three types of tuna, three types of snapper, barracuda and mahi mahi. Meanwhile, from the Amazon rainforest, he has also been able to find “super interesting” fruits and palm hearts, which he serves grilled, with avocado, toasted seeds and citrus jam. 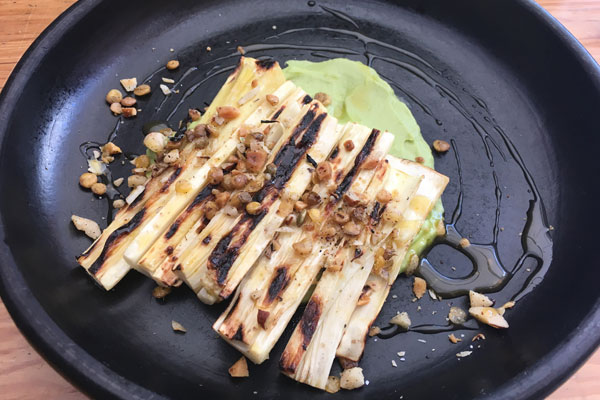 Gutierrez and Ortiz of Salvo Patria and Clavijo of El Chato are part of a generation of privileged young chefs who were able to move abroad for a period of the armed conflict before returning to Colombia. After several years in Melbourne, Australia, Ortiz returned home in 2011 and set up an artisanal coffee business that later led to the opening of Salvo Patria with Gutierrez, who had lived in New York and Lima. Clavijo moved back five years ago after time in Europe and the US, and says he looks forward to the return of other Colombian chefs he met during his time abroad.

“I know a lot of people who left Colombia because they were afraid of living here,” says Clavijo. “Now, to be able to bring more produce from the Pacific to Bogotá is a whole new game. We’re getting some ingredients that we never had before. I understand why a lot of restaurants worked with frozen salmon and pata negra ham, because it was easier to bring something from Spain than from the Pacific coast.”

The removal of the FARC has not all been positive, however. Gutierrez and Ortiz say the presence of the armed rebel groups in the Amazon rainforest meant large areas were “protected”, but the peace accord has made these areas vulnerable to deforestation by corporations and individuals.

“We have to make an incredible effort now to focus on sustainable extraction of produce from the Amazon because the levels of deforestation are incredible,” says Gutierrez. “Our population lacks education and there is a focus on extracting [the produce] to make immediate money, regardless.”

According to the restaurateurs, the problem of illegal cocaine cultivation has actually escalated since the peace accord in 2016. While previously the industry was controlled by guerrillas, now it has fragmented into many smaller groups and individuals, making it much harder to constrain. There are some efforts to help small farmers to replace illegal coca production with food crops such as corn or potatoes, but there is little incentive for them to do so, since the former is much more profitable, with sales to drug traffickers guaranteed. 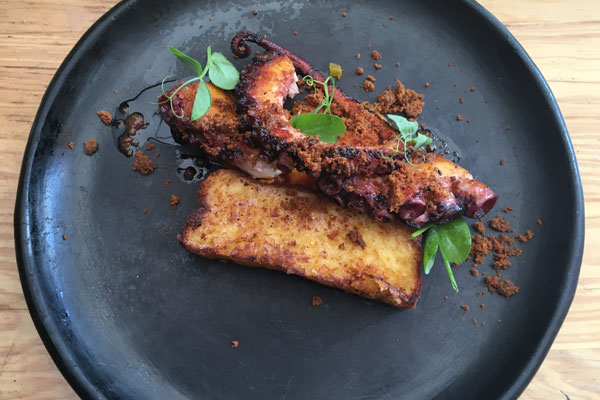 Gutierrez and Ortiz are motivated to help with social reform in the areas liberated by the FARC, such as the fishing regions of the Pacific, and the jungle, which are deprived and lacking in infrastructure. Part of their involvement with the fishing communities involves trying to give alternative and sustainable work to those previously caught up in drug trafficking, illegal mining and other illicit trades. They are also working with groups of small farmers who are trying to protect ancestral seeds that are under threat from big agricultural companies.

One of the ways to reduce illegal coca cultivation for cocaine is to create a legal market from coca, which is a sacred plant in Colombia and can be grown legally, depending on size and purpose. Gutierrez is experimenting with mambe, a mix of coca with ash that has been consumed by indigenous communities for many years and has energising properties. He is testing out mambe to create a process of nixtamalization with pasta, similar to the way soba is made in Japanese cuisine. Meanwhile, at nearby El Chato, Alvaro Clavijo serves a dessert made with mambe powder.

While these initiatives only touch the surface in terms of the changes required in Colombia after several decades of violent conflict, both Gutierrez and Ortiz agree that they must use their position as restaurateurs for positive change.

“Food gives us the political power to make changes in our country,” says Ortiz. “We now have access to the countryside and to parts of our country and culture that we didn’t have before. That is exciting, but beyond delicious food we also need to talk about the social change we can make. It’s a really good moment for Colombia.”