“Our cooking is less showy than it was” – Elena Arzak

As The World’s 50 Best Restaurants prepares to host its 2018 awards programme in the Spanish Basque Country, we catch up with the chef of one of its longest-standing restaurants.

Elena Arzak says the cooking at her family’s eponymous restaurant has evolved towards a simpler aesthetic and a greater focus on produce and creating an interactive dining experience.

“We’re at a stage where our cuisine appears simpler, but it is still complex to create,” says Arzak. “Our cooking is now much more about produce and raw ingredients, which can look simple but is actually very sophisticated. It may be less showy but it’s more intense.”

Elena Arzak, who won the World’s Best Female Chef title in 2012, has gradually taken over the kitchen from her father, Juan-Mari Arzak, who turned 75 last year. Juan-Mari began working at the restaurant in 1966, taking over his parents and grandparents as the third generation of cooks from the family. The chef, described by his daughter as “a futurist” and considered one of the creators of New Basque cuisine, still tastes every dish in the restaurant.

“We have similar tastebuds,” says Elena. “We will try two sauces independently and we’ll both like the same one, or he will say something is salty and I’ll say the same. I’m very influenced by him, although he likes mixing lots of ingredients together and I do that less so.” 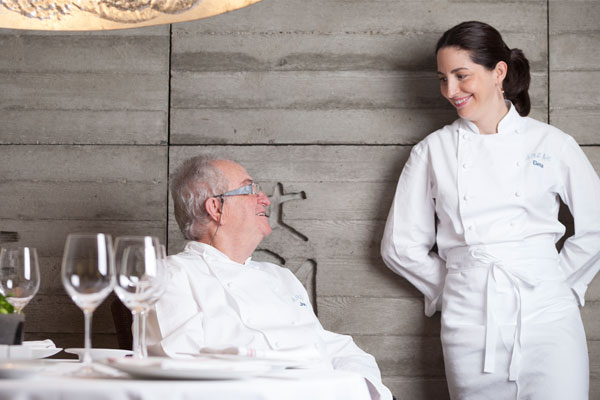 Arzak, which entered The World’s 50 Best Restaurants at No.9 in 2006 and stands at No.30 in the 2017 list, has always been known for experimentation and often for elaborate dishes and presentation. Menu items over the years have included seafood served on top of a tablet computer with images of waves passing underneath, a chocolate pudding that melts under the heat of a sauce poured at the table, and a dessert with a pistol gun made out of chocolate.

While many of her dishes are still showstoppers, Arzak says she is concentrating more on the “message” to the customer and creating conversation with diners. One course has been developed around the idea of a relatively rare species of frog that is characteristic to San Sebastian, where the restaurant is located.

“We decided to make frog-shaped chocolates,” says Arzak. “One is filled with avocado, another with caramel, another with curry, and they are not easy to make. Some guests recognise the animal as being from San Sebastian and others don’t, so they ask about it. Either way, it creates conversation.” 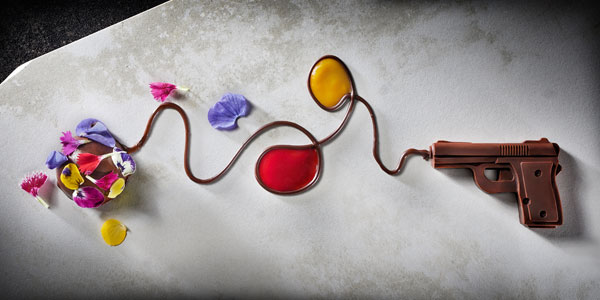 Arzak celebrated its 120th anniversary in 2017, the same year that The World’s 50 Best Restaurants announced it would be holding the next event in Bilbao and the surrounding areas. The news was the “cherry on the cake” for the Arzak family, says Elena, adding that while the different regions of the Basque Country often share friendly rivalry, “we love each other really. We’re all brothers”.

“I hope that people will visit Bilbao, as well as the Álava and Gipuzkoa provinces,” says Arzak. “I want people to really see this place as it is, to discover the spectacular gastronomy, not just fine dining but also pintxos (local tapas), sociedades (closed dining societies) and the lesser-known restaurants that do things incredibly well. It’s a huge honour for us that 50 Best has chosen the Basque Country for its next awards.”

The World’s 50 Best Restaurants 2018 list will be announced at a ceremony in Bilbao in June. Stay tuned over the next few months for a closer look into Basque gastronomy.