Ahead of the renowned New York restaurant’s reopening next week, 50 Best reveals some of the new dishes developed by chef-owner Daniel Humm and his team. These five plates, which feature no animal products whatsoever, highlight the genre-bending nature of Eleven Madison Park’s radical tasting menu

“What is luxury? It’s no longer foie gras or caviar,” says Daniel Humm, previewing his restaurant’s much-anticipated new plant-based dining experience. “We are not against these things, but we have a platform at Eleven Madison Park and we need to inspire change.”

That change comprises a full 12-course tasting menu that is effectively 100% vegan, served in the grandiose surrounds of EMP's Manhattan dining room at the same $335 price as the pre-pandemic menu, which was replete with lobster, glazed duck and rich dairy sauces a-plenty.

“We want to give diners the same pleasure and joy as before, and show that’s possible [without meat or fish],” continues the Swiss-born chef. “We believe this menu lacks nothing. We have ultimately found the challenge of developing this menu not limiting, but liberating.”

On 10th June, after being shuttered for 15 long months, the establishment named The World’s Best Restaurant in 2017 (and since inaugurated into the Best of the Best hall of fame) reopens with the long-term sustainability of the planet’s food system at its very core. Of course, it’s far from the first restaurant to forego meat and fish on its menu, but it is surely the most internationally high profile. A proportion of each bill (which includes tip) will also go towards feeding New York’s most food-insecure citizens in partnership with the ReThink Food charity.

“If we are truly about ‘endless reinvention’, then we simply had to do this,” says Humm. “We’re selling an experience – and this is our opportunity to prove to people that it’s worth it.”

The menu – created over recent months with newly appointed chef de cuisine Dominique Roy, culinary director Mike Pyers and their crew – was also influenced by a pair of visiting Buddhist monks from Japan who are masters of shojin cuisine. Culinary creations centre on ingredients such as kochia seeds, clay-baked beetroot, broken rice with celtuce, home-made tofu and seaweed broth.

The five dishes revealed below, from bread course to dessert, form the backbone of the meal. Each is described by Humm in his own words. 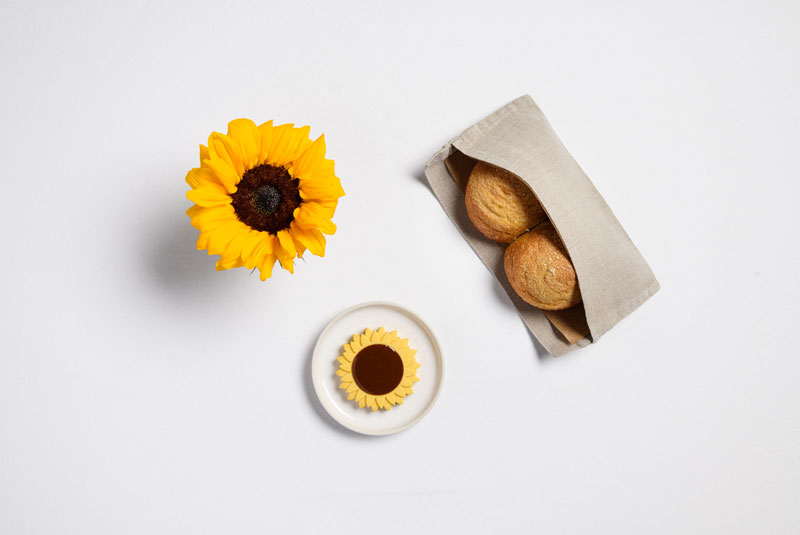 “When we set out to make this menu and committed to being entirely plant-based, we said all along that we would only do it if the meal was going to be as delicious as before. We are making our own sunflower butter and glaze in-house, and our rolls are just as rich and flavourful – maybe even more so.

“There is an intention in baking the rolls together: we love the idea of breaking bread at the table.”

Cucumber with melon and smoked daikon 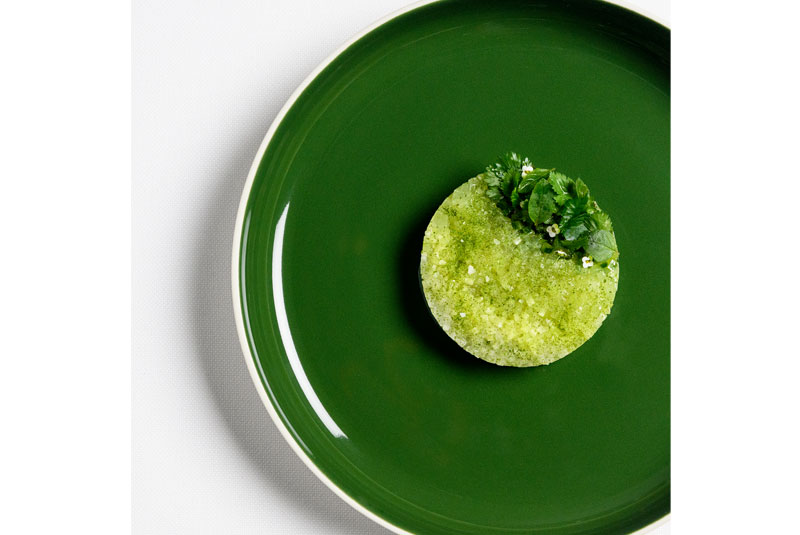 “We have been inspired by cuisines that organise and design menus outside of our traditional structure. This course is centred around a single colour: green. It’s a departure for us, because our look is typically more subtle, but we were excited by the idea of the plate – literally – standing out. Here we have avocado, radish, cucumber, honeydew melon and mint. There is an amazing balance of refreshing flavours and umami depth in this dish.”

Watch the video of the Cucumber dish being plated: 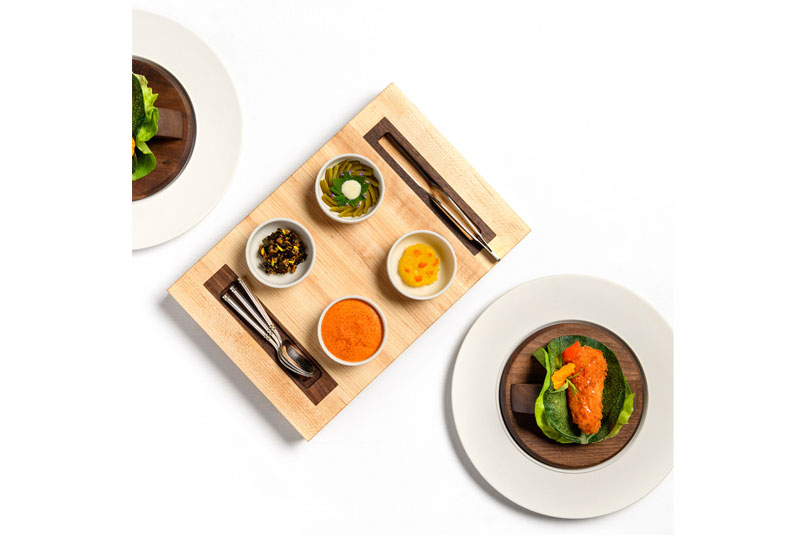 “When we were thinking about the things that are universally delicious and craveable, we immediately knew we had to have a fried course; it’s such a satisfying experience to eat something that is perfectly fried.

“With the condiments, we wanted to highlight all the different ways that pepper can be used to achieve unique flavours and textures. We have variations of peppers that are creamy, fermented, crunchy and fresh. It is dishes like this that highlight the endless possibilities of plant-based cooking.”

Zucchini with lemongrass and marinated tofu

“As we were developing the menu, one of the most impactful techniques we explored is time. Over the past few months, we’ve been working closely with Zen Buddhist chefs in our kitchen every day, learning new approaches. They taught us the daily ritual of grinding sesame seeds into sesame milk and sesame paste, which becomes the tofu that the squash is wrapped around. This hour-long preparation to begin the day is almost more of a meditation than a cooking techniques.

“We showcase broths in many of the dishes. This broth is based on a coconut curry, but clarified: it’s made from roasted squash with garlic, lemongrass and makrut.” 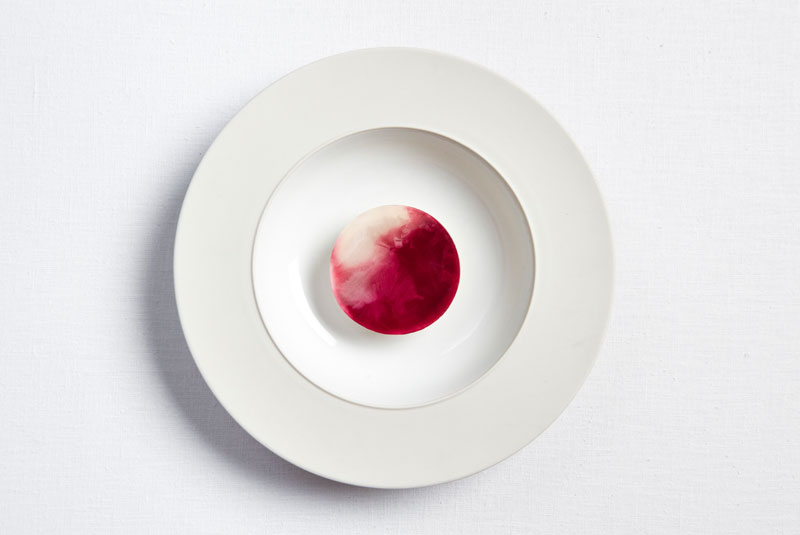 “Creating desserts without dairy was so challenging at first, but we found a new level of creativity. We tested every possible type of non-dairy milk for the base of this dish and found that each lent a different layer of flavour.

“This is our blueberry dessert with elderflower and vanilla ice cream. We really wanted to capture the brightness of eating a fresh blueberry, with all that amazing acid and effervescence.”