Fifteen gastronomic festivals to look out for in 2018

From wine tastings to cooking masterclasses, there’s a food festival for everything next year, and many of the world’s finest chefs, restaurateurs and drinks experts will be in attendance. Here’s our guide to the essential gastronomic festivals for your calendar. 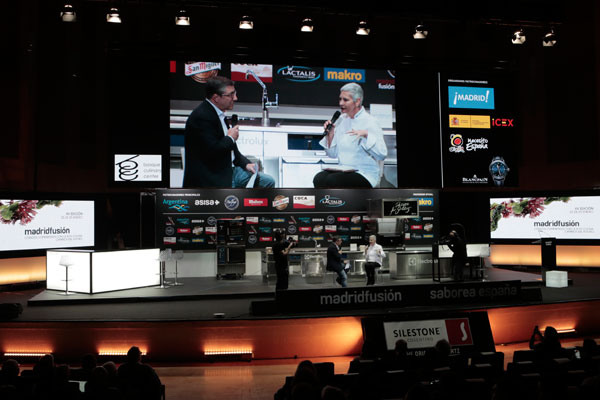 What: The 16th edition of this established global summit will be all about evolution and advancement, with the theme “Fourth generation: those who own the future.” The congress features talks by international chefs as well as food and wine tastings, workshops and demonstrations.

Who: Elena Arzak will lead an “Imagination challenge,” while Joan Roca will discuss “The importance of origin” and Andoni Luis Aduriz will tackle the subject of “Opposite harmonies.” Oriol Castro, Eduard Xatruch and Mateu Casañas of Disfrutar in Barcelona, the restaurant that won the One To Watch Award in 2017, will lead a workshop on “Jus, extracts and caramelisation.”

Don’t miss: Leonor Espinosa, recently crowned Latin America’s Best Female Chef, who will open the event with a talk about the concept of her latest menu “ciclo bioma.”

What: Last year, the first edition of this gastronomic festival attracted big names including Massimo Bottura – but the second instalment promises to be even bigger and better. As well as lectures and workshops led by renowned chefs and industry experts (including William Drew and Laura Price of The World’s 50 Best Restaurants), there will be a series of four-hand dinners, après-ski entertainment and a food market.

Who: Gaggan Anand of Gaggan, The Best Restaurant in Asia for the last three years, will discuss Indian progressive cuisine. Latin America will be represented by Virgilio Martínez of Central in Lima, Peru with a “South American roots” workshop, while local host Vladimir Mukhin of White Rabbit will lead a workshop called “We are all different.”

Don’t miss: Any of the four-hand dinners, including Virgilio Martínez and Vladimir Mukhin on February 1st or Gaggan Anand and Andrei Shmakov on February 2nd.

What: The brainchild of journalist Paolo Marchi, Identità Golose launched in 2004 as the first food congress in Italy. The 14th edition will be centred on the concept of “The human factor,” refocusing the culinary rhetoric around “the chef as human” and cooks’ relationships with clients, suppliers, artisans and the restaurant team.

Who: While the 2018 programme has not yet been announced, in 2017 some of the heavyweights in Italian cuisine took the stage – among them Massimo Bottura and Umberto Bombana. International guests included Rodolfo Guzmán of Boragó in Chile. 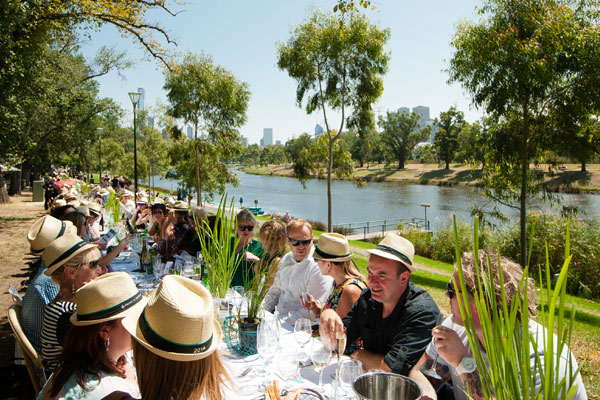 What: Melbourne Food and Wine Festival (MFWF) sees over 200 different events happening all over the state – from a hotel being transformed into The House of Food and Drink to experimental ice-cream, history lessons on Melbourne’s bar scene and cheese-and-wine pairing events. The 2018 theme is community, featuring special sessions on sustainability.

Who: Jane Lopes of Attica will take part in the Winemakers’ Feast among other great women sommeliers, while Shinobu Namae of L’Effervescence in Tokyo will be in residence at The House of Food and Wine and speaking at “Theatre of the mind” seminars.

Don’t miss: Bank of Melbourne World’s Longest Lunch, held for the first time on the banks of the Maribyrnong river, which will see 1,700 diners enjoying a meal around a 500-metre long table.

What: The week-long Latin American food festival starts with four days of markets, dinners, artisan stalls and family-friendly activities. On the fifth day, it evolves into a gastronomic congress with talks and masterclasses led by chefs from all over Latin America. The last day is dedicated to innovation with the special day-long seminar “Ñam Innova”.

Who: Mitsuharu Tsumura, whose restaurant Maido was crowned No.1 in Latin America’s 50 Best Restaurants this year, will be present along with many other respected chefs, including Kamilla Seidler, Leonor Espinosa, Pedro Miguel Schiaffino, Mario Castrellón and Rafa Costa e Silva.

Don’t miss: The Ñam sessions – a series of dinners organised around the Chilean capital, including a unique 10-hand dinner curated by some of the best female chefs in Latin America. 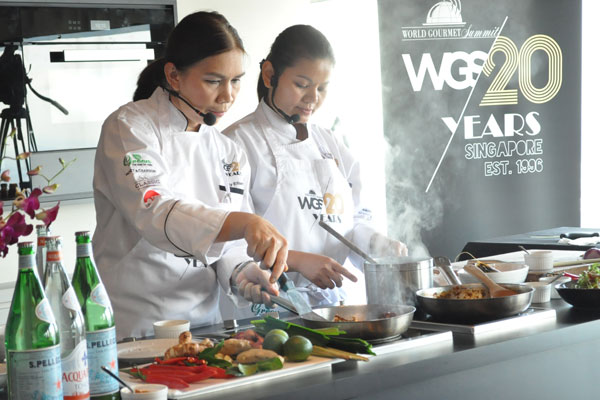 What: One of the biggest food and wine festivals in Asia, the WGS programme includes dinners around the city, masterclasses, events, charity galas and international culinary delights. The opening reception gathers some of the great chefs from all around Asia and the world under one roof.

Who: Julien Royer of Odette and Dharshan Munidasa of Ministry of Crab, both on the Asia’s 50 Best Restaurants 2017 list, were in attendance in 2017.

Who: Previous editions have seen David Chang and Ferran Adrià getting involved.

Don’t miss: Redzepi will have recently reopened his flagship restaurant in its new form – Noma 2.0 – so if you’re in town, you can’t miss the chance to go. You’ll need to visit Noma’s website well in advance to find out when reservations are open.

What: Food and drink take centre stage in Bangkok with a week of special dinners, tastings, masterclasses and the popular closing tradition – a yearly brunch with celebrity chef Bobby Chinn. Previous favourites such as the themed Fragrance dinner, with fragrances matched with wines and dishes, may return in 2018.

Don’t miss: As many as nine of the restaurants in Asia’s 50 Best Restaurants list are in Bangkok – including No.1 Gaggan, Nahm, Sühring and Bo.Lan. 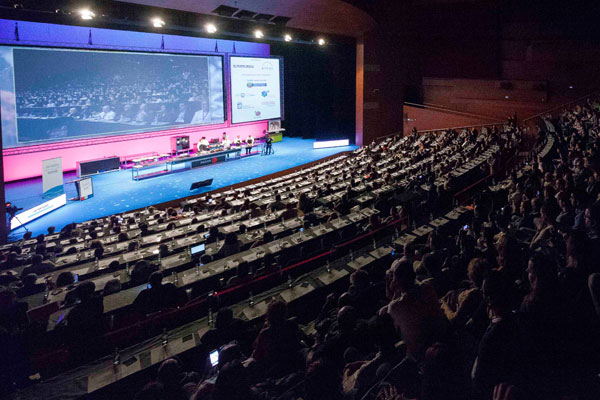 What: The 2018 edition of the famous Basque culinary festival will also be its 20th – which means there is plenty to look forward to. Among the organisers are Spanish gastronomic masters Juan Mari Arzak, Martin Berasategui, Andoni Luis Aduriz and Eneko Atxa. The programme always involves brilliant talks, masterclasses and tastings curated by some of the best chefs in the world.

Who: The 2017 edition saw Gaggan Anand, the Roca brothers, Manish Mehrotra and many others discussing the theme “India: cuisine with spices.”

Don’t miss: San Sebastian and the Basque country have an incredible concentration of top-class restaurants – a trip to Mugaritz or Arzak (or both) is highly recommended. The Basque country will also be home to the 2018 celebration of The World’s 50 Best Restaurants, so stay tuned for further details on how to get involved.

What: It started in 2007 as a one-night event and celebrated its 10th anniversary this year with more than 100 events throughout Manhattan and Brooklyn. Organised by Food Network and Cooking Channels, the festival has an eclectic programme with everything from culinary masterclasses to late-night parties and the Grand Tasting, where you can try some of New York’s best food and drinks.

Who: In 2017, Argentine chef Francis Mallmann curated a special dinner and Dominique Crenn teamed up with Nancy Silverton and Gabrielle Hamilton to do the same. Rodolfo Guzmán also took the chance to present his book Boragó: coming from the south.

Don’t miss: The World’s Best Restaurant Eleven Madison Park is located in the city, as well as The Best Bar in North America, The NoMad.

Food on the Edge – Galway, Ireland 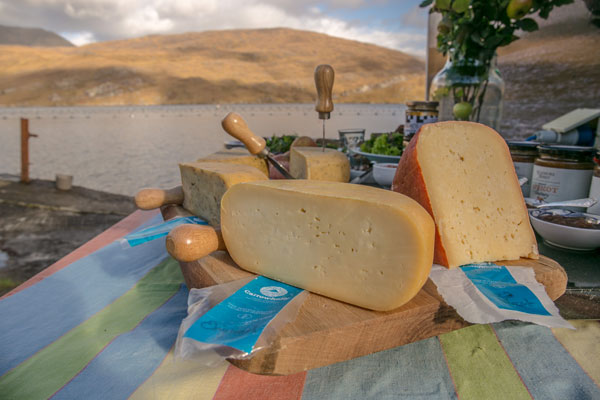 Cheese tasting at Food on the Edge (image: FOTE)

What: This two-day food symposium aims to challenge your perspective on food with a focus on cultural, social, environmental and educational initiatives and perspectives from chefs around the world. Each talk lasts only 15 minutes, giving you plenty to listen to over the two days, with evening entertainment too.

What: This festival’s diverse programme is a celebration of Brazilian food – last year’s theme was tropical cuisine. Chefs and foodies from all over Latin America attend the culinary experiences, talks and demonstrations that spread over four days.

Who: The cream of Latin American gastronomy made for a strong line-up in 2017 – including Alex Atala, Roberta Sudbrack, Jefferson and Janaina Rueda, Rafa Costa e Silva, Renzo Garibaldi, Thomas Troisgros, Helena Rizzo and, from India, even Gaggan Anand. 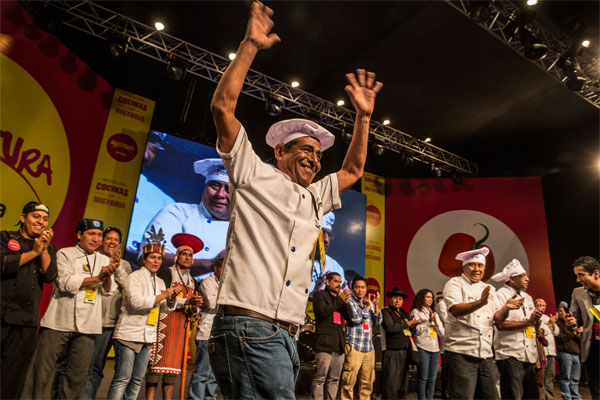 What: Peru’s great food festival tackles issues of tradition, creativity, identity and diversity in the Latin American gastronomic scene. Founded in 2008 by the Peruvian Society of Gastronomy, aside from food and drinks events it also includes concerts, a young chef competition and a food market.

Don’t miss: Lima is home both to this year and last year’s No.1 in Latin America’s 50 Best Restaurants – Mitsuharu Tsumura’s Maido and Virgilio Martínez’s Central – and many other exceptional culinary experiences.

What: This gastronomic conference has been intriguing chefs all over the world – its 2017 theme “Extinction” was a draw for chefs, who took the opportunity to talk passionately about waste, environmental issues, nature and recycling, among other topics. The talks are complemented by gastronomic experiences highlighting Turkey’s growing cuisine.

Who: Argentine chef Mauro Colagreco of Mirazur and Lara Gilmore of Osteria Francescana were among the 2017 speakers.

What: 2018 will be the fourth edition of the Gastromasa gastronomy conference, which packs an impressive range of talks into a single day of comprehensive food education. The conference aims to bring together the most up-and-coming Turkish talent with gastronomic geniuses from all over the world.

Who: Joan Roca, Mitsuharu Tsumura, Virgilio Martínez, Kamilla Seidler and Hiroyasu Kawate were joined by many other world-renowned chefs in the last edition – so expectations are high for 2018.

And if you haven't had enough, here is the best of the rest:


In 2018, The World's 50 Best Restaurants will also host the #50BestTalks events in various cities around the world. Stay tuned for dates and to find out how you can be involved.