The Mexican chocolate maestro was handed the top award for desserts at Latin America’s 50 Best Restaurants 2019, sponsored by S.Pellegrino & Acqua Panna. 50 Best caught up with him to find out what the victory means to him and his profession

Life is sweet for Luis Robledo, who was named Latin America’s Best Pastry Chef, sponsored by República del Cacao, at Latin America’s 50 Best Restaurants 2019. Over the past two decades, the Mexican chef has become one of the world’s finest exponents of chocolate cookery, penning the Larousse Chocolate cookbook, which has become the gold-standard tome for all chefs aspiring to work with chocolate at an elite level.

The morning after the awards ceremony at Buenos Aires’ Usina del Arte, he took time out to speak to 50 Best: “Winning this means the world to me,” says Robledo. “It’s a great honour to represent my country and be recognised among so many fantastic cooks. And it is great to win it here – this place has done wonderful things for gastronomy and it’s even better because my wife is Argentinian, too.”

Robledo began his career working with Daniel Boulud at his flagship restaurant, Daniel, in New York. After working across the kitchen’s departments, he found himself gravitating towards ganache and the pastry section, where he found his calling. “I think chocolate is not only a great medium, but its history is fascinating to me, particularly in my country,” he says. “The thing with chocolate is that it can be compared to coffee and wine; each region has its own character and flavour. It’s unbelievable how many things you can get from just one bean.” 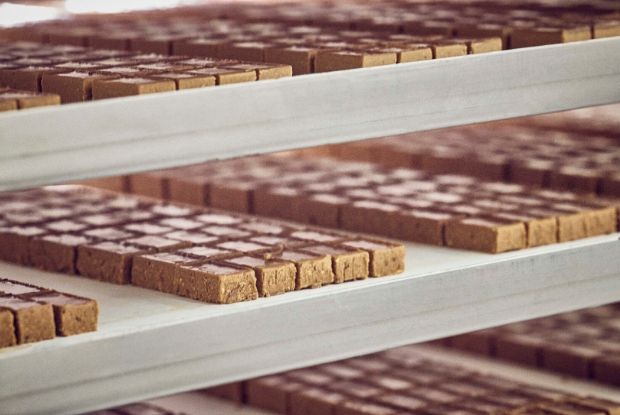 One of Robledo’s emblematic desserts showcases this versatility he describes beautifully. Chocolate Evolution, a dish he created while working at Four Seasons Hotel New York, is still held up as one of the best examples of chocolate work of all time. “I started with the cacao pulp and let it evolve with the flavours from the fruit as it ages. It was a really interesting time for us. The desserts began to create a mystique around the restaurant.”

This mystique has since followed him south, as he returned to Mexico to open a string of fine-quality chocolatiers, Tout Chocolat, in Mexico City. “My style of pastry has really evolved over the years,” he says. “When I started, it was a lot more complex in terms of the number of ingredients; I was not mature enough. As my career progressed, I became more conscious of single flavours and well-executed technique.”

He is now regarded as one of the world’s best pastry cooks, but with success comes responsibility, according to Robledo: “I’m really keen to continue sharing my ideas through classes and presentations,” he says. “It’s one thing to read a recipe, but being face to face is when we can really begin to inspire one another.”

Now watch the highlights from Robledo’s interview and read the full profile after his victory in Argentina.