“Gastronomy is solidarity”: how one Tokyo chef found purpose in helping others

Japanese chef Shinobu Namae always saw gastronomy as a medium to look after people, but the pandemic threw this aspect of his culinary craft in even sharper focus. As his Tokyo restaurant L’Effervescence is honoured with the Beronia Highest Climber Award for Asia’s 50 Best Restaurants 2021, the cook speaks to 50 Best to explore how food can become a bridge to connect a divided world

When Shinobu Namae heard the news that his restaurant in Tokyo, L’Effervescence, had ascended 29 places in the Asia’s 50 Best Restaurants 2021 list since last year’s ranking, his first reaction was shock: “I couldn’t believe it,” he says. “In 2020 we ranked No.48; I was ready to leave my place on the list to the next generation of chefs. But maybe it’s because of the pandemic – we’re in a different situation now; a different status of society. Maybe my restaurant wasn’t so necessary in a normal situation, but during the emergency, we took on a bigger role to make a change.”

For the chef, the last 15 months have been marred with difficulties – though he stresses that the challenges he has faced aren’t any different from those confronting restaurateurs all over the world. L’Effervescence had to close for several months, then deal with ever-changing restrictions and guidance when restaurants in Tokyo could reopen. But to Namae, this brought a revelation.

“This isn’t the time to be selfish,” he says. “We have to spread our arms to give a hand to those who are suffering during this difficult time, especially frontline workers or vulnerable people, such as the homeless. So [at L’Effervescence] I tried to figure out what we could do to make these people feel safer and more comfortable.” 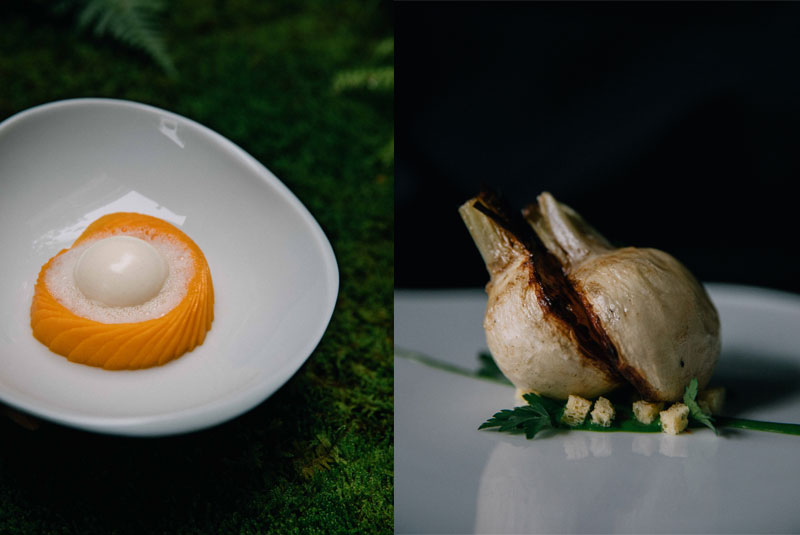 At the start of the coronavirus emergency, Namae was touched by the stories of Tokyo hospital workers who didn’t even have the time to take a rest or even get lunch. “Through gastronomy, through our craft, we can create a different type of nourishment – we can make people feel happy and energised,” he reflects. “Hospital workers may also feel disconnected, but through our food, we can send a message. We can make them feel that they’re being looked after. I think that’s the positive power a restaurant can have.”

The chef’s drive to use gastronomy as a tool to spread solidarity started long before the meals that he and his team cooked for Tokyo’s hospital workers in 2020. In an entry for a recent e-book published by Food On The Edge, Namae recalls an episode that took place in 2011 after the Tōhoku earthquake and tsunami in Japan.

“We were operating some emergency food service for the evacuated people. After an operation, one lady approached us shedding tears, and told us that she had a really good time eating from a ‘fancy’ lunch box and talking to us, that gave her the ‘hope’ to enjoy life through the hardships. I felt connected with her. I found a reason to cook. That powerful message encourages me forever to fight against any troubles or problems,” wrote the chef.

It was also in Tōhoku that Namae met Ayumu Iwanaga, a baker who was collaborating with the relief efforts. Having found in each other a peer who shared the same values, the duo later founded Bricolage Bread & Co, a community-focused bakery in the Roppongi district of Tokyo, which recently became the subject of a new book penned by the chef himself. 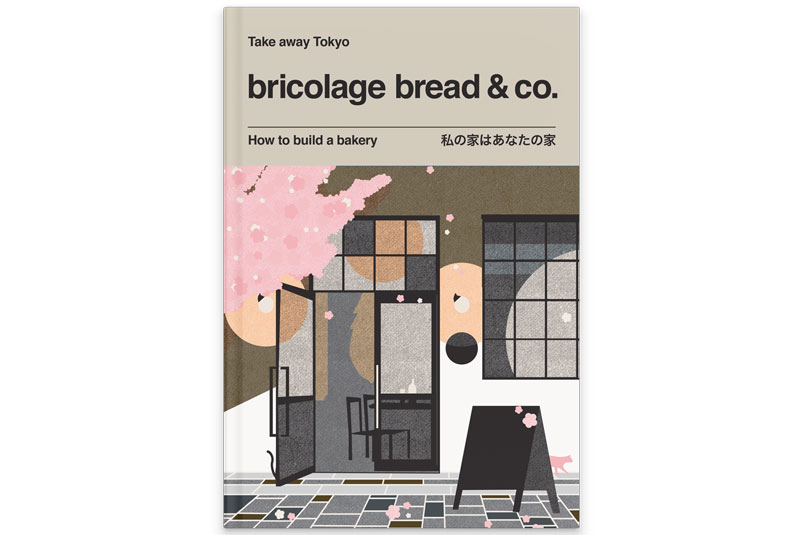 Brought to market by SomeKind, an independent publisher created by Vaughan Mossop and Simon Davis in Australia in 2020, the book Bricolage Bread & Co is part of a crowdfunded series conceived to support hospitality businesses and creatives during the lockdown. In SomeKind’s innovative concept, participating venues receive 40% of any profits made from book sales, contrary to traditional publishing models, where authors usually receive around 10%.

Bricolage Bread & Co, which features behind-the-scenes anecdotes and insights into the bakery’s story and community-centred philosophy, as well as some of Namae and Iwanaga’s popular recipes, has now passed the first crowd-funding stage, which ensures its publication – but the bilingual book will remain on sale on SomeKind Japan’s website, giving people a chance to support the hospitality venues they love.

“The positive impact of the pandemic is that we’ve had a lot of time to think about what the hospitality industry stands for,” highlights Namae. “For me, hospitality means to care about others. Our mission is to make others feel loved – we can create those feelings through food and drinks. Through service, we can show people that we see them and care about them. Showing those feelings is the basic and the most important element of our industry.”

For the chef, this is the lens through which he sees every aspect of his restaurant – and of gastronomy at large. In 2018, L’Effervescence became the inaugural winner of the Sustainable Restaurant Award for Asia’s 50 Best Restaurants, highlighting the chef’s unparalleled commitment to freshness, nature, the environment and natural resources. This is still front of mind for Namae, who considers the connection with his suppliers as important as the one with his customers. 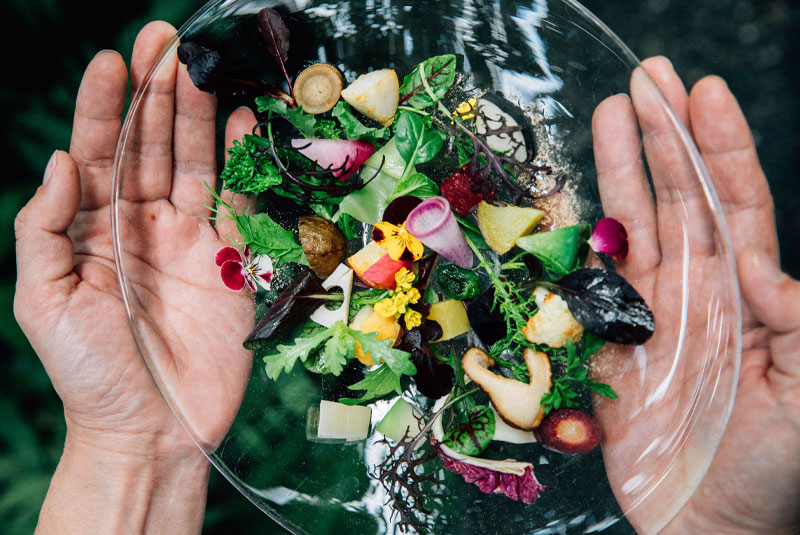 The chef's dish with artisanal vegetables

“If we use 60 different vegetables, there are 60 different human stories behind them – 60 different people and times and places. This connection reflects in our dishes, to make people feel that the food system is connected with people, not a market system. It’s a very human connection,” he explains.

With 2021 marking the 10th anniversary of the Tōhoku earthquake and the resulting Fukushima Daiichi Nuclear Power Plant meltdown, Namae and the team at L’Effervescence have been busy baking cookies to be sent to the children in the affected town. In a world the chef describes as increasingly “fragmented”, he has found a way to build new bridges through food.

“The restaurant industry relies on a sense of care about the guests, the producers and also the environment,” says Namae. “The positive impact this industry can have is to connect those dots, making a network so that different people notice each other’s work, and also share ideas and knowledge. Then, we can build a community to make our world better.

“In a healthy society, if you are stronger than others, then you have to help and listen to the more vulnerable. The most beautiful thing as a human being is to help each other – that feeling that feeding others creates. It’s difficult, but it’s limitless,” he concludes.

Go inside L'Effervescence with Chef Namae: