As the first winner of the Sustainable Restaurant Award for Asia’s 50 Best Restaurants, L’Effervescence in Tokyo is paving the way towards a new paradigm of social and environmental responsibility. We discover all the ways in which the restaurant is making a difference.

Japanese chef Shinobu Namae has a two-fold mission at his Tokyo restaurant L’Effervescence: he aims to create dishes that take the diner on a gastronomic journey through Japan’s wild and diverse nature, from the forests to the ocean, while doing so with the utmost respect to the environment. “Sustainability is not the goal or reason itself,” he says, “but it’s the state of our continuous effort to try to make our world beautiful and better.”

L’Effervescence opened in 2010 as the first solo project of Namae, who graduated in political science before entering the cooking profession, gathering experience in and out of Japan. He worked with Michel Bras at his restaurants Toya in Hokkaido, Japan, and at Le Suquet in Laguiole, France. He then joined The Fat Duck in Bray in 2008, where he worked as sous chef with the legendary Heston Blumenthal, before returning to Japan two years later.

Time spent in some of Europe’s leading kitchens did not dilute Namae’s love of Japanese produce, but it inspired him to transform it with international techniques and flavours. “L’Effervescence’s cuisine reflects my whole life: born and raised in Japan, admiring the European cuisine and now rediscovering the beauty of Japan and of our food culture,” he says. “My mentor, Michel Bras, taught me to be sincere to the place where we belong.”

With the opening of L’Effervescence in Tokyo, Namae was able to put into practice what he had learnt, creating a restaurant that shows its commitment to sustainability in all its facets, while offering an honest portrait of Japan’s culture and natural environment. 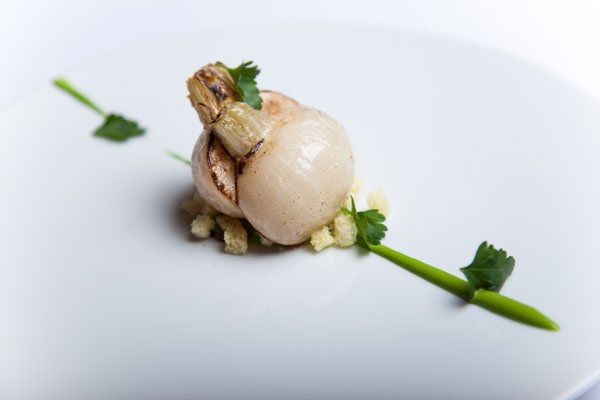 The cook’s modern French cuisine incorporates environmental concerns every step of the way, starting from his signature dish Tokyo Turnip. “Most signature dishes nowadays are made of protein or carbohydrates and fats, but our combination of elements is completely opposite to the conventional idea,” says Namae. “It produces a low carbon footprint too.” The Tokyo Turnip is cooked for four hours and served with parsley, ham and a soft brioche.

Not only turnips, but all ingredients used at L’Effervescence come from Japan and are organic – the chef buys directly from the producers to ensure that the products are not chemically treated. A full list of the farmers, fishermen, coffee growers, and even the architects and clothes designers for the restaurant is openly available on the website: all are small Japanese companies and local contacts.

When it comes to sensitive issues such as fishing – with many restaurants in Japan not serving tuna – the focus is put not only on environmentally friendly and non-targeted fishing techniques, but also on their cultural impact. “We try to promote the importance of purchasing local and historical products and of supporting producers and fishermen by consciousness,” says Namae.

The restaurant operates according to an ethos of “good meat, less meat, more vegetables,” making use of unconventional cuts from heritage breeds and ensuring that they have been fed Japanese greens or grains. Waste is reduced by using a nose-to-tail and root-to-fruit approach to all produce, taking advantage of traditional Japanese techniques such as fermentation and preservation. 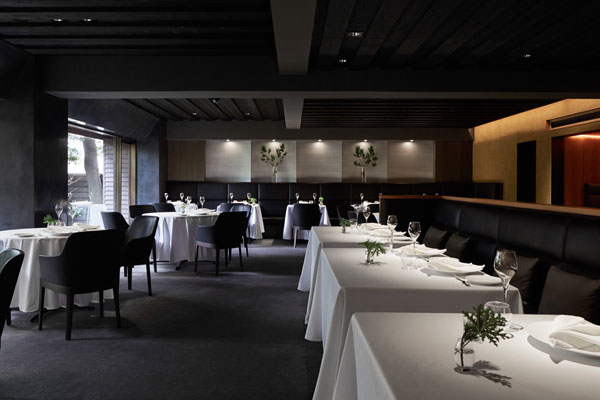 The overarching commitment to sustainability shines through the opportunities given to the staff too, with young chefs encouraged to learn new languages and pursue sommelier training, as well as being put in charge of pop-ups and events to cultivate their leadership skills and receiving continued education in waste-reducing techniques. “The way that we apply sustainability is by caring. We care about people – whether it’s the guest, the producer or our staff’s family,” says Namae.

The wider community is another area of focus for the chef: for the last six years, Namae has been holding informative sessions in local schools to share the importance of having a balanced and healthy diet and promoting the value of ‘sharing the table together.’

A visit to L’Effervescence is a true journey through what sustainability can look like: not a strict set of rules and targets, but rather an overall approach that pays homage to nature, the environment and society at large. On the restaurant’s menu – which is strictly seasonal – you may find monkfish liver, vanilla and celeriac ‘Apple Pie’, a salad of seasonable vegetables (called ‘Our Dearest Artisanal Farmers’), cured and grilled barracuda with black radish, and candied chestnut with chrysanthemum leaf ice cream (‘Autumn Foothills Hike’).

Despite becoming the first winner of the Sustainable Restaurant Award at Asia’s 50 Best Restaurants 2018, Namae believes that there is still more he can do – among his next plans, he is soon to join the ZeroFoodprint project, which lists Noma and Benu among its subscribers in the effort to fight climate change by becoming ‘carbon neutral every day’. In his pipeline is also the project to open a bakery that uses only local wheat.

The chef says that winning the Sustainable Restaurant Award has made him feel more responsible towards the community and the environment, and he offers one piece of advice for those wanting to make their own lives more sustainable: “Grow something you can eat, even if it’s just mint or basil in a pot, and care for its life.”