When René Redzepi asks you to help him set up a restaurant, you say yes. So in 2016, when then 26-year-old Santiago Lastra was approached via fellow Mexican chef Rosio Sanchez on Facebook to help run the Tulum residency of four-time World’s Best Restaurant Noma, ‘yes’ was exactly his response – even though he hadn’t been home to Mexico in five years and had next to no knowledge of its food.

“I thought: this is the opportunity of my life, but I know nothing about Mexico,” says Lastra, now 30, who spent much of his twenties in Europe and Asia and worked at Mugaritz and Nordic Food Lab, among others. “I told him: ‘Maybe you got the wrong person?’ He wanted someone to make deals with indigenous producers and get ingredients to the beach every day for seven weeks. I didn’t know any producers; I didn’t know how to make deals with indigenous people; I’d never organised anything in my life. But René said: ‘It’s okay. If you want this job, we can discover Mexico together.’”

And discover Mexico together they did. In the spring of 2017, Redzepi, Sanchez, Lastra and team sold out their seven-week Noma Mexico pop-up at $750 per person. The role helped Lastra build an international reputation and find an investor for his debut solo restaurant. Now, after three and a half years of research, countless pop-ups and one pandemic, Kol has finally opened in London’s Marylebone. 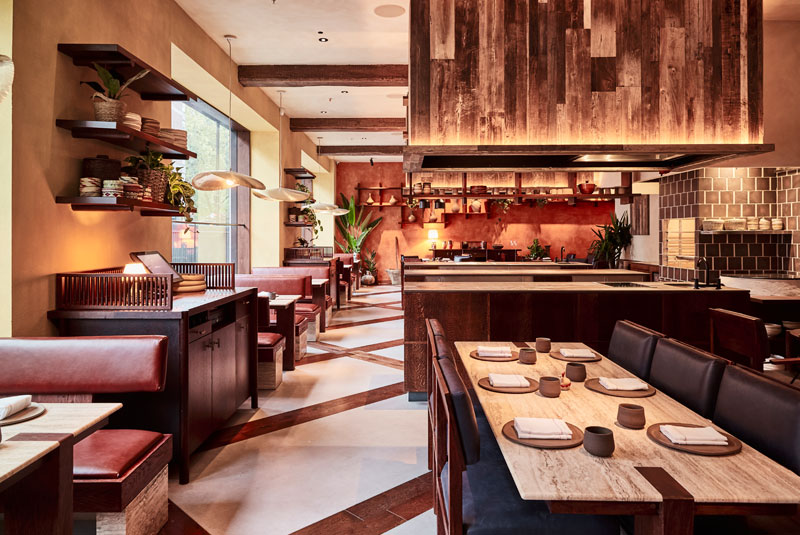 That Lastra’s breakout role came about via a social media message bodes well for Maxim Schulte, who was contacted out of the blue by Lastra on Instagram the day after he announced his departure from London’s American Bar, voted No.1 in The World’s 50 Best Bars 2017. Just as Redzepi showed faith in him, Lastra had no issue with the fact that German-born Schulte knew little about mezcal and had never been to Mexico.

“Maxim told me: ‘If I get this job, I will read every book and learn everything there is to know about mezcal,’” Lastra recalls of their phone conversation in July 2020. “I love how he believes in the concept and how excited he is to learn.” Now, as Lastra opens Kol on the ground floor of the site of the old Marylebone Police Station, Schulte is preparing to launch the basement mezcaleria, to serve as a destination bar in its own right, on 20th November.

After more than two years travelling in search of the best ingredients, Lastra has put the finishing touches to a concept that is set to transform Mexican food in the UK. Conscious of his carbon footprint, he set about recreating Mexican flavours using British ingredients. There are no limes or avocados here – in fact, the only produce he imports from Mexico are chillies, chocolate and corn for the tortillas, which are made on the spot. 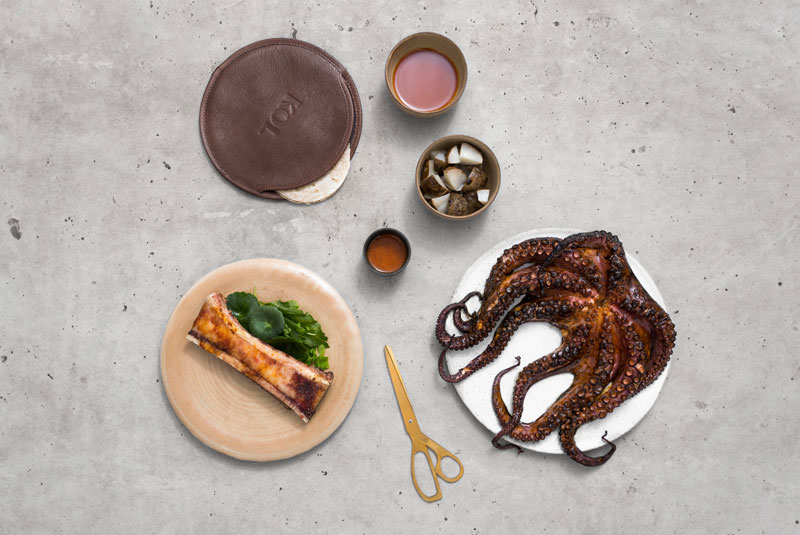 “It’s our responsibility to help indigenous producers in Mexico by buying their corn,” says Lastra, who has a strict no-pesticides policy. “This gives us traceability and allows us to promote diversity in our heritage corn, which is the centre of Mexican civilisation. Making the tortillas fresh also ensures they have the real flavour of Mexico.”

Whereas in his home country, a dish might contain mango, green tomatoes or coriander, at Kol the menu might feature pickled pumpkin, gooseberries or seaweed. Lastra even squeezes sea buckthorn from the Scottish Highlands over his signature langoustine tacos instead of lime. On each of its tasting menus of five or six courses, Kol asks diners to pick between two mains including grilled octopus or beef short rib, which customers turn into tacos at the table, adding their own preferred spice levels.

All this is done in a dining room designed to look like a Mexican house, with rustic wood beams, russet-painted walls, pottery collected on Lastra’s trips and plenty of plant life. Colourful tableware is made in the UK, including the delicate, mushroom-shaped stands on which the langoustine tacos are served. With a fast-paced open kitchen right in the centre of the dining room, customers are very much in the heart of the action and able to watch Lastra and 31-year-old head chef Ben Morgan as they cook. The décor has a homely, welcoming feel, but there’s also a distinctly trendy vibe – Kol is sure to attract a cool crowd, with British singer-songwriter Jessie Ware and former footballer David Beckham among those attending the opening.

Lastra says various setbacks and delays running up to the opening actually strengthened the team, allowing time for a game-changing management field trip. “We travelled to Mexico, learning how to make mole and barbacoa, visiting my hometown of Cuernavaca,” says the chef, who named Kol after the Spanish word for cabbage. “It was such an interesting experience that went beyond everyday working life because we were travelling together, absorbing all these things. We came back full of energy and excitement to start the restaurant… and then this thing happened.” 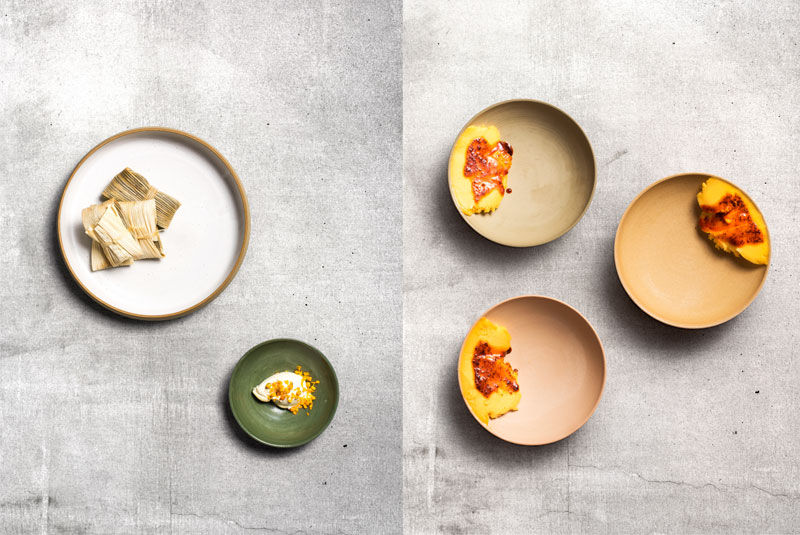 ‘This thing’ was the Covid-19 pandemic, but it turned out to be a productive time for the entire team. In lockdown with his brother Eduardo, Lastra started a YouTube channel where he made recipes to support local producers. Kitchen manager Eduardo created a 200-page document on Mexican culture and history to add to the staff manual, while drinks director Matt Varona put together an entire website on mezcal for the team.

That website has come in handy for Schulte, who is working on a seasonal, mezcal-focused cocktail menu to run alongside the classics and a list of specialist mezcals and whiskies. His drinks will be served in the long basement bar alongside top-notch tacos and quesadillas from Lastra’s kitchen and enjoyed to a soundtrack of ‘really cool Mexican underground music’ that the chef spent two years putting together. Both Lastra and Schulte are excited to cast off the (undeservedly) dubious reputation surrounding tequila and show the finest produce of the agave plant.

“Mezcal is absolutely unique in the spirit world because it has a sense of terroir, a sense of region,” says Schulte. “You can take an espadin agave, which is the most common one, from three different states made in the same way, and they will all taste very different. So much depends on the craft of the mezcalero.” 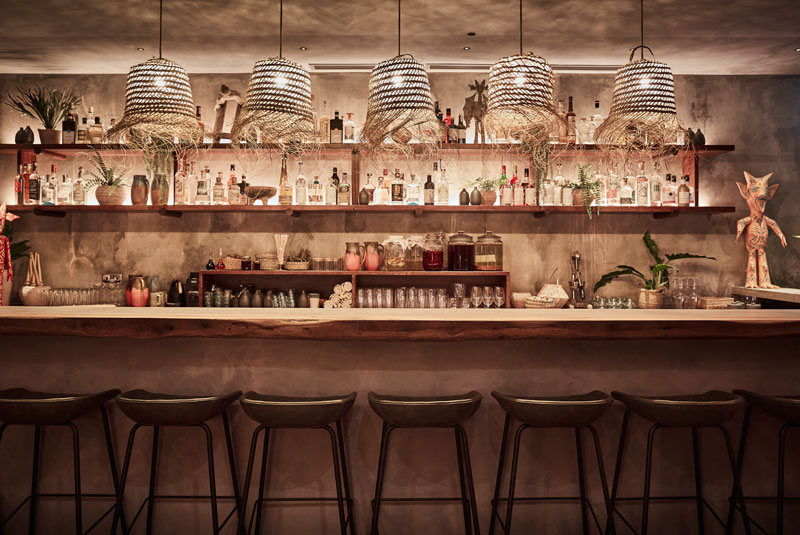 For Schulte, who took over from Erik Lorincz at American Bar in The Savoy in 2018, Kol Mezcaleria offers more flexibility compared with his experience in hotels. Whereas at the historic Savoy he would keep an item on the menu for 12 months, at Kol he might receive a foraged ingredient and incorporate it the same day, only to remove it a week later when it runs out. “I might not have enough to make another batch, but then I’m really excited about making a new drink with whatever I can get my hands on,” he says.

The bar works in synergy with the restaurant, incorporating trimmings from the food menu into creations like the beetroot and hibiscus agua fresca, a non-alcoholic drink. Eduardo Lastra, an industrial engineer by trade, is responsible for regularly reviewing the efficiency of the bar and restaurant, reducing wastage and finding ways to become more sustainable.

That task is particularly challenging during a global pandemic. The weekend before Kol’s opening, London went into a second-wave lockdown, with restaurants and bars required to close at 10pm and bans on tables of over six people and the mixing of households. But Lastra is optimistic that Kol will be stronger as a result of its tough beginnings.

“We have no tourists, we have to shut at 10pm, we have social distancing measures in place and people are conscious about going out,” he says. “You’re starting with your arms tied and a patch over one eye, but if you’re able to do it like that, then by the time the world comes back – and I really believe it will be colourful again – then you’ll be able to use the other eye, then a hand, and then it’s going to be beautiful.”