Bartender Fabio La Pietra takes us inside Bar do Cofre, the latest opening from the group behind SubAstor, No.82 in The World’s 50 Best Bars 2018 list.

Earlier this month, coinciding with the 10th anniversary of SubAstor in São Paulo, the group behind the bar opened a new addition to its portfolio: Bar do Cofre SubAstor, set within the vault of one of the city’s most historic banks. Here's a look at some of the features of one of Brazil’s most exciting bar openings…

Built between 1939 and 1945 as the headquarters of the Bank of the State of São Paulo (Banespa), the striking building modelled on New York’s Empire State was later taken over by Banco Santander and renamed Farol Santander. Three years ago, the central São Paulo institution was transformed into a space with bars, cafés, an art gallery and a creative hub for small businesses. 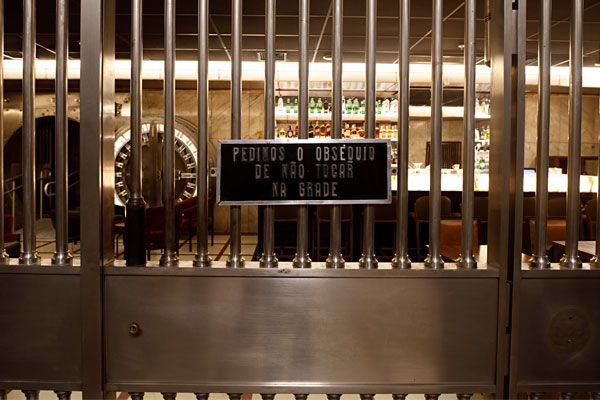 The main entrance to the bar

When the building became a creative hub, the vault remained unused in its original state in the basement of the bank. As the owners of SubAstor – the bar that opened in 2009 in the basement of the popular local bar Astor – the restaurant and bar group Cia. Tradicional de Comercio was approached with the idea to turn the vault into a cocktail haven. In just four months, the experts in basement bars worked with the bank to create Bar do Cofre SubAstor (Safe bar below Astor).

As the building work for the original bank lasted for the duration of World War II, it wasn’t possible to import goods from Europe, so most of the materials for the original bank were imported from the US. This includes safes from York Safe & Lock Co., the New York maker of impenetrable vault doors and safes. There were two doors to the main safe – one accessible to the public and another for banks, barons and institutions. 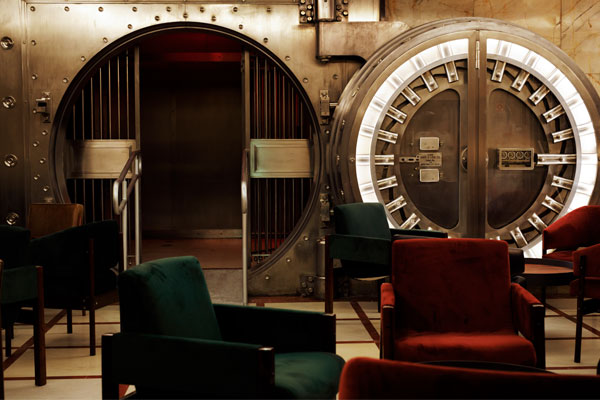 The unusual interior at Bar do Cofre

SubAstor, located in Vila Madalena neighbourhood, entered the extended list of The World’s 50 Best Bars, the younger sibling of The World’s 50 Best Restaurants, at No.90 in 2017. Under Italian bartender La Pietra’s leadership, it rose to No.82 in the 2018 list. SubAstor’s elder sibling is Astor, a bar styled on the 50s and 60s that now has two branches in São Paulo and one on Rio de Janeiro’s Ipanema beach.

In honour of the 10-year anniversary since SubAstor opened, Bar do Cofre has a menu serving SubAstor classics as well as drinks focused on whisky, gin, rum and genever. Signature cocktails include Ordem e Prosecco, a play on the phrase ‘Order and Progress’ from Brazil’s national flag, with cachaça, spumante, calvados, grapefruit and Tahiti lime; and The Hidden, an homage to the vault itself with scotch, rooibos tea, red vermouth and Campari. 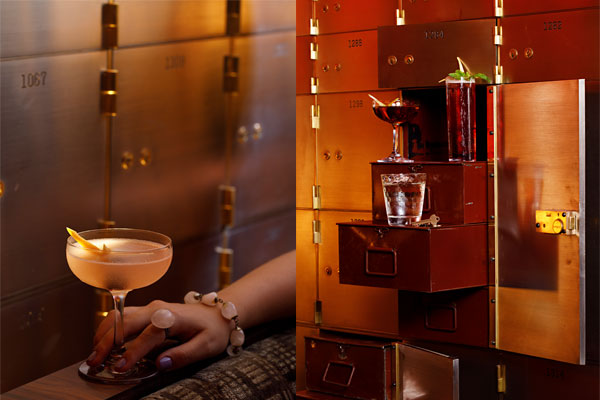 Cocktails beside the public safes

For those who fancy a bite to soak up the cocktails, there’s an extensive menu of Brazilian classics with the occasional Italian twist to complement La Pietra’s heritage. Think Pasta Alla Vodka, toasted burrata sandwich, rice balls and steak tartare with mandiopan, a fried manioc snack.

Although the original features of the vault remain, including the enforced steel safe doors and marble floors and walls, the design and décor of the bar have been revamped by LAB Arquitetos, who modelled the renovation on The Ned in London and Butcher and Banker in New York. 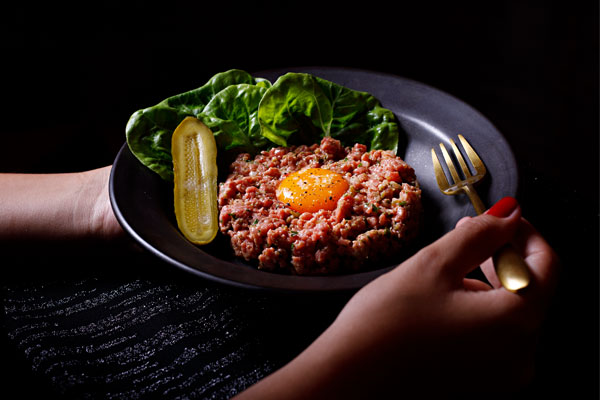 Steak tartare at Bar do Cofre

One of the trendiest areas of São Paulo

Farol Santander’s transformation into a creative space is part of a bigger movement to revive downtown São Paulo, which has long been overlooked for its bar and restaurant scenes. Bar do Cofre counts among its neighbours A Casa do Porco, part of Latin America’s 50 Best Restaurants, nearby Bar da Dona Onça and the cultural space located at neighbouring bank Banco do Brasil.

All images courtesy of Bar do Cofre