Today, The World's 50 Best Restaurants announces that Spanish-born chef José Andrés is the winner of the American Express Icon Award 2019. Kat Odell catches up with him to discuss cooking at elBulli, his role in disaster relief and if he’d ever consider running for office

José Andrés, the winner of the inaugural global American Express Icon Award, is a man of many hats. He’s the affable Spanish chef coaxing Americans to cook tortilla española in the TV series Made in Spain, while also the 50 Best luminary challenging diners with exploding spherified olives and weightless interpretations of umami-rich Philly cheesesteaks at his Bazaar brand of restaurants in Los Angeles, Las Vegas and Miami.

Andrés is credited with introducing the United States to both classic and forward-thinking interpretations of Spanish tapas, and today the chef counts more than 30 restaurants in his ThinkFoodGroup portfolio, the avant-garde, flagship of which, Michelin two-star Minibar, has been stationed in Washington, D.C. since its inception 16 years ago.

And while over the years Andrés may have been making a name for himself cooking intricate, multi-course menus at his restaurants, today his reach has expanded, plating simple food for the masses. In 2010, Andrés launched World Central Kitchen, a not-for-profit aimed at feeding those affected by natural disasters. When Hurricane Maria hit Puerto Rico a year and a half ago, World Central Kitchen jumped in, providing nearly four million meals to those in need.

Andrés has been honored by Time magazine as one of the world’s most influential people, and last year the chef was named Humanitarian of the Year by the James Beard Foundation. Today, The World’s 50 Best Restaurants salutes Andrés not only for his global culinary contributions, but for his leadership – empowering and connecting communities around the world through food. 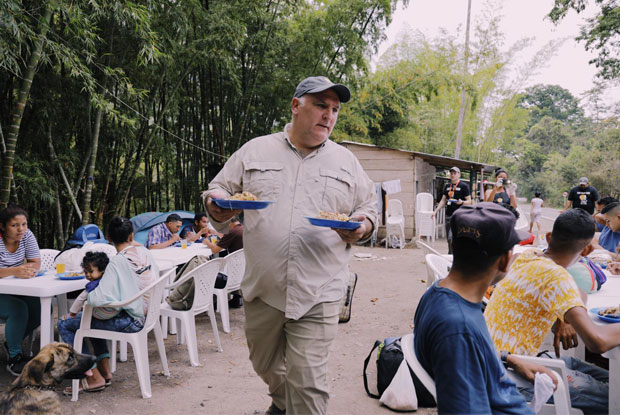 What was it like to work at elBulli in the late 1980s?

When I was first at elBulli, I think Ferran [Adrià] was 23, and I was 18 or 19. We were boys. There was no social media, no cell phones… The news travelled slower. But I always knew I wanted to work in that place. I went to eat there when I was 16 or 17 and it was the most exciting cooking I saw in my life. For me it was very clear I wanted to be part of that family.  I remember it being a great learning place, a place of excitement, and Ferran has not changed very much in his commitment to learn, and to share everything he learns with everybody else.

When you moved to the US from Spain in the 1990s, what was Spanish food like?

I would say Spanish cooking was not very known. There were not many Spanish restaurants. For the ingredients cooks had, they tried to do the best they could. But for me, it was important to watch what they did – it gave me a guide of what Spanish cooking should become in the future.

If you were to call one dish that made your career, what would it be?

What do you cook at home?

We have a little farm outside, a home garden. You will see me with an open fire making a paella of vegetables. 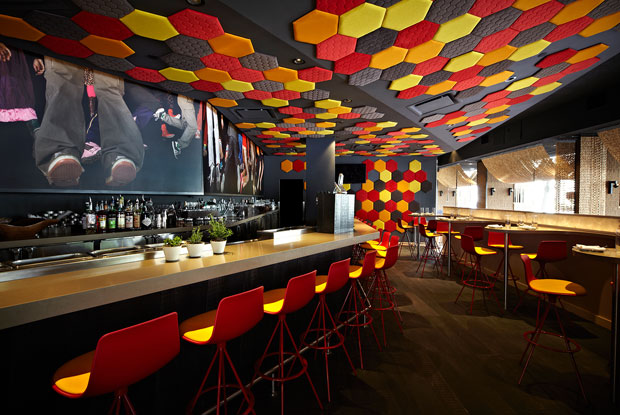 In 2010, what inspired you to launch World Central Kitchen?

Every time there is a disaster, people need to eat. And I realised that there is not a professional system of cooks to do that. And so we began asking, “What if we are the cooks delivering those meals?” And that’s how we began.

In September 2017, following Hurricane Maria in Puerto Rico, World Central Kitchen provided nearly four million meals to those in need before even the US government. How did you see your role?

Big companies, or governments, are slower in moving. And it’s hard, sometimes, when you are very big to move quick. We were in the right place at the right moment. We were needed. We didn’t do as much as I wish we did, but we did what we could.

Would you ever run for president?

[Laughs] What I will tell you is that we should be creating systems so that young people have a bigger option to shape the destiny of the countries they live in. I believe I can be more successful just being behind, and trying to be a voice in America for immigration reform. It’s these types of things I can be leading from behind, probably that’s my place.

Now watch the video and get to know José Andrés:

Andrés will officially receive his American Express Icon Award at The World's 50 Best Restaurants 2019 awards ceremony on Tuesday 25th June at Marina Bay Sands in Singapore, when the new edition of the list will also be revealed.

Watch the live countdown of The World's 50 Best Restaurants, sponsored by S.Pellegrino & Acqua Panna, on the 50 Best Facebook page, and tune to Instagram and YouTube for more photos and videos.