La Cime, the contemporary French restaurant in Osaka, makes its debut into this year’s list of Asia’s 50 Best Restaurants, picking up the Highest New Entry Award, sponsored by Aspire Lifestyles, in the process. Japanese chef Yusuke Takada tells us about his restaurant, his creative inspiration and the winning fusion of French and Japanese cuisines.

Chef Yusuke Takada says that his restaurant La Cime – French for ‘the peak’ – is based on a single, simple concept: ‘naturally staying the way we are’. At this Osaka eatery there is a sense of essential and minimalist elegance both on and off the plate, and a spontaneity that has captured the attention of the Asian restaurant industry.

Takada trained at Tsuji Culinary Institute in Osaka and spent his first five years as a cook working at different French restaurants in the city, a factor that has surely had an influence on his culinary journey to date. In 2007, he moved to France, where he spent two years working at such institutions as Taillevent, Le Meurice and Meating in Paris.

Returning to Osaka in 2010, he set to open his first restaurant, La Cime, in the Hommachi district. La Cime received a Michelin star within its first year and soon became a destination for many national and international fine dining aficionados, attracted by Takada’s contemporary take on French techniques applied to high-quality Japanese produce.

The chef says that French and Japanese cuisines share a natural compatibility based on the common use of preservation techniques, used to bring out the natural flavours of certain ingredients. In his cuisine, he follows an ancient Japanese concept called ‘Keikoshoukon’, or the act of ‘meditation on antiquity to find a guide to the present,’ which he blends with the classic French techniques he learnt in his formative years. 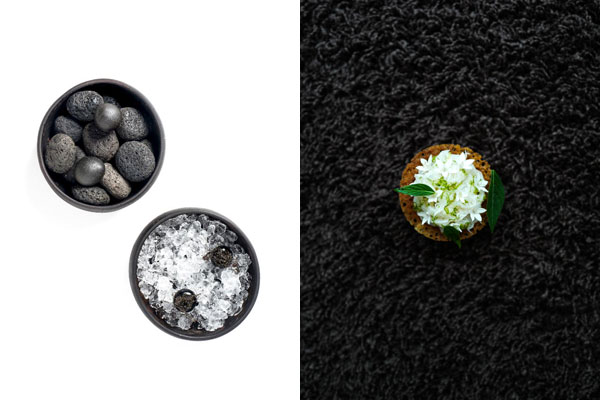 A meal at La Cime starts with the chef’s signature Boudin Dog, a dish that he considers the result of his classic French training, his own creative development and a desire to pay homage to the local artisans and producers. It is a one-bite batter-fried boudin noir in dough, coloured black with edible bamboo charcoal – miniature American ‘dogs’ that are packed full of flavour.

As well as fresh produce from Osaka such as Kawachi duck (here served with sardines and fried momiji leaf, or Japanese maple leaf), the chef also uses ingredients from his birthplace in southern Japan, Amami Island. Recently highlighted by leading Japanese chef Yoshihiro Narisawa as one of Japan’s hidden gems, Amami Island is a near-untouched oasis between Kyushu and Okinawa where flavourful natural produce abounds.

Takada uses meat from Shimabuta pigs, a black breed native of Amami Island, in another one of his signature dishes, Amami Pork. It consists of salt-preserved Shimabuta pork belly, papaya and lime served on a pork tuile. Over the years, the cook has come to use exclusively Japanese produce at La Cime and takes pride in sourcing the best ingredients from all over the country. 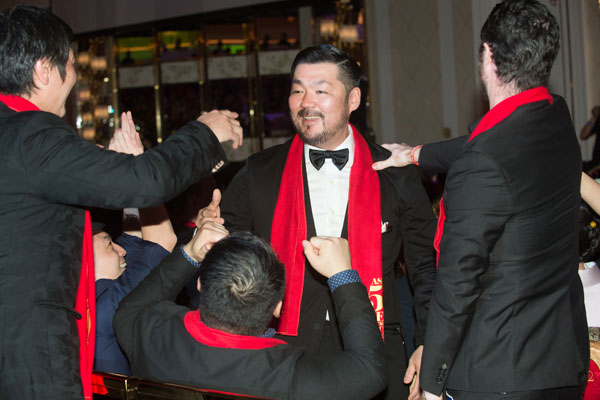 Receiving the Highest New Entry Award, sponsored by Aspire Lifestyles, at Asia’s 50 Best Restaurants 2018 came as a surprise to Takada, who says he hopes the media attention that the award has brought to La Cime will inspire more young people in and around Amami Island to pursue the culinary profession.

Compared with Tokyo and Kyoto, Osaka is less recognised within the world of gastronomy and the chef hopes that his award will encourage gastronomic development and tourism in the city. As for La Cime, it is clear that Takada is keen to show the world that his restaurant – and Osaka by extension – has something unique to offer. With the chef now focused on training his young chefs to become ‘world-class,’ Osaka is set to be a destination to look out for in the next few years.