Focusing on national drinks from across the region, our 50 Best speakers included Leonor Espinosa from Leo in Bogotá, Enrique Olvera from Pujol in Mexico City, Kurt Schmidt and Chabi Cádiz from 99 in Santiago and Carlos García from Alto in Caracas.

See highlights from the event in pictures and follow the hashtag for more!

What better way to introduce a discussion about Latin American drinks than with some fabulous cocktails, courtesy of Moët Hennessy? Our guests were treated to drinks including the Hennessy Game Changer and Hennessy Horchata. 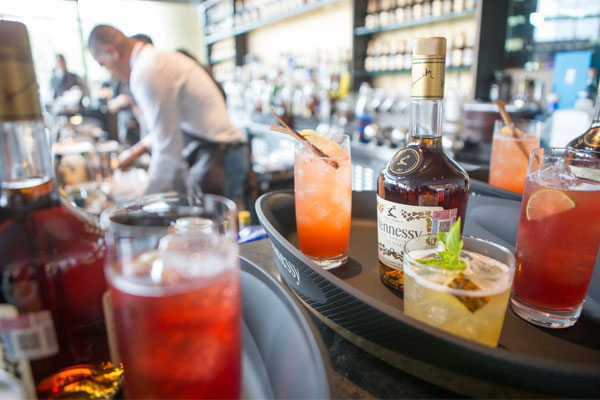 Tastemakers, foodies, chefs and media from all over the region came to enjoy the talks by our special panel of 50 Best experts. 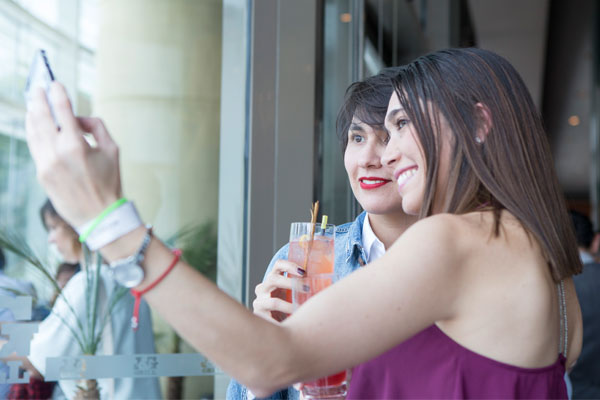 Bartender extraordinaire Chabi Cádiz from 99 in Santiago prepares the cocktail pairing for her presentation with Kurt Schmidt. 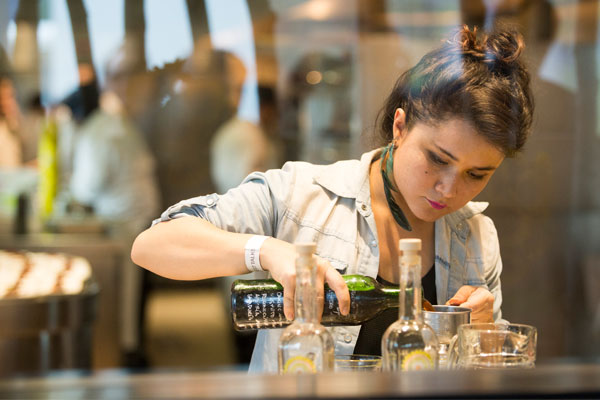 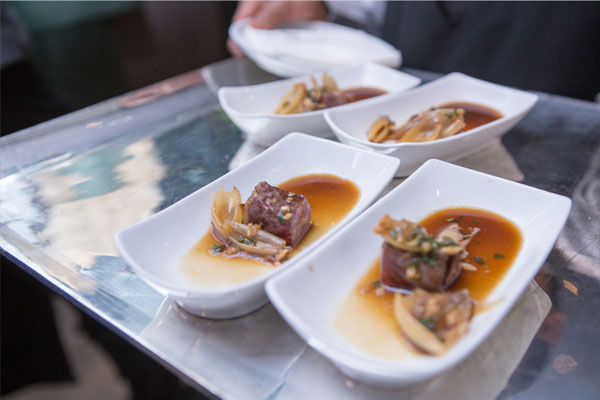 Bogotá's own Leonor Espinosa presented a host of ancestral drinks from Colombia, including a sherry-like fermented corozo fruit drink and some aphrodisiacal beverages. 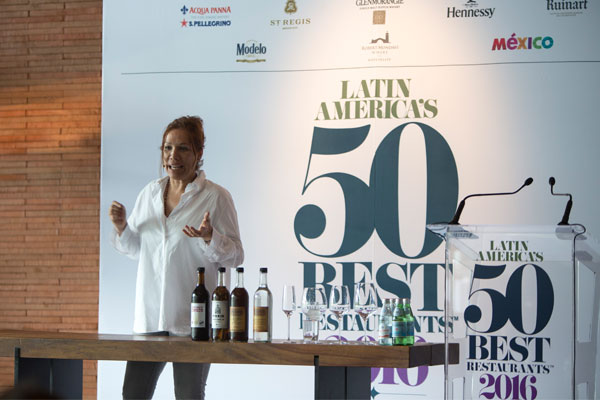 The King of Mexican cuisine, Enrique Olvera, taught the audience about pulque, with tastings of the drink at various stages of production. 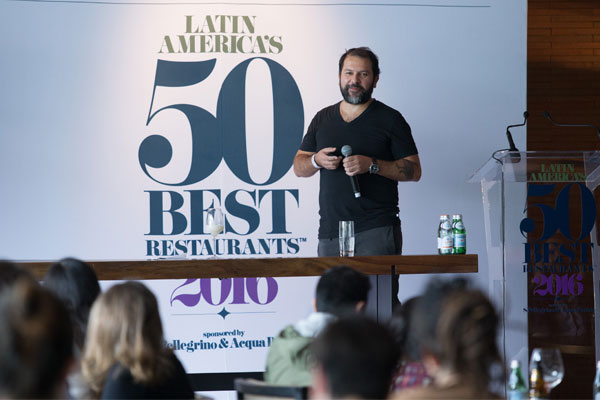 Kurt Schmidt and Chabi Cádiz from 99 in Santiago taught us all about the process behind their new drinks pairings. 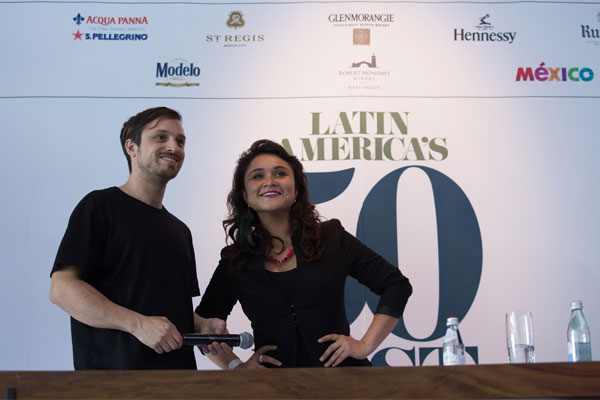 8. Anatomy of a cocktail pairing

Schmidt and Cádiz talked us through the thinking behind the cocktail pairings for two of their dishes, including chochas (a mollusc found only in Chile), algae and cauliflower. 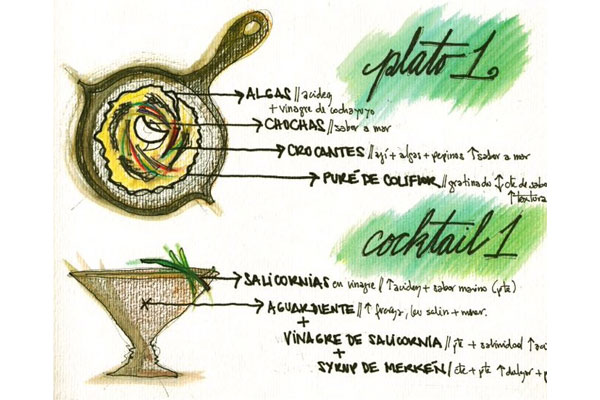 From paper to the plate, 99's chochas, algae and cauliflower dish with Dirty 99 cocktail. 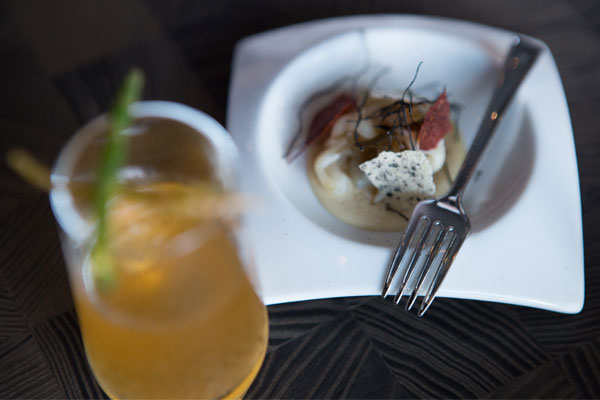 Guests tucked into the 99 pairing. 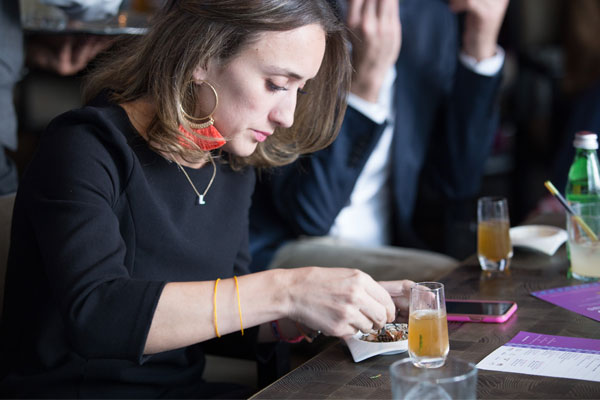 Carlos García from Alto in Caracas showcased Venezuelan rum and its pairing with chocolate, while the audience sampled his Tierra de Cacao dessert in miniature. 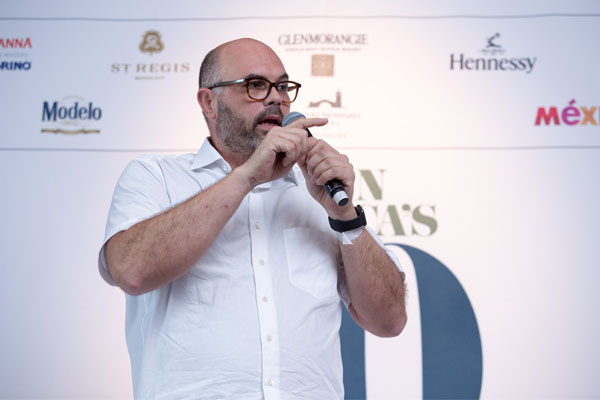 The best tweeters and Instagrammers from the day received a bottle of limited edition Hennessy Very Special Cognac. 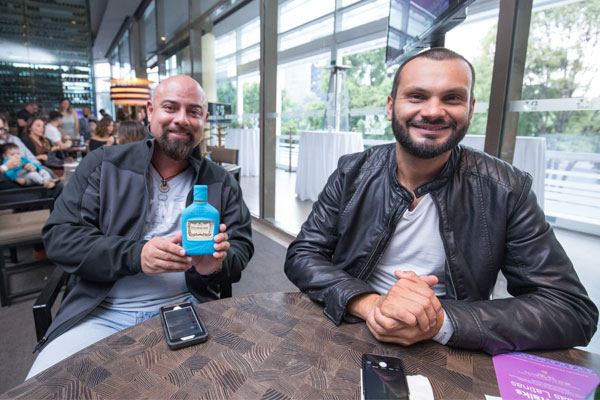 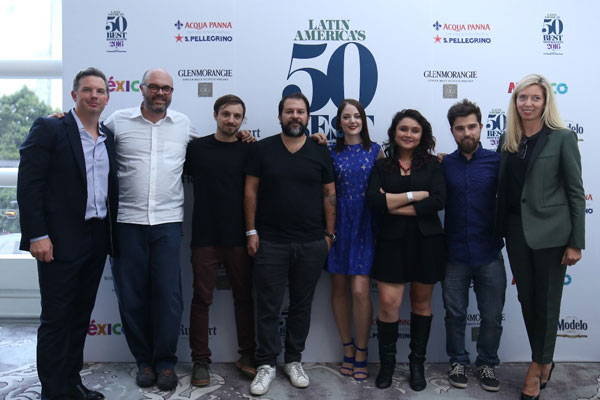