Colombian cook Leonor Espinosa, chef-owner of Leo in Bogotá, was voted by her peers in the Latin America’s 50 Best Restaurants 2020 list as the winner of the Estrella Damm Chefs’ Choice Award. As the gastronomic community prepares for the virtual ceremony on Thursday, 3rd December, get to know the innovative chef and discover her vision in five significant quotes

1. “What I do in my kitchen is contemporary art”

A self-taught chef, Espinosa studied economics, trained as an artist and worked as an advertising executive before finding her preferred medium. Her formative years led her to view cuisine as a form of artistic expression. “I don't just make art in the kitchen to achieve harmony, contrast, composition or rhythm,” she highlights. “My culinary vision is closer to research, observation and experimentation – elements that are an essential part of contemporary art. That’s what allows me to express myself and to shape a new narrative.” 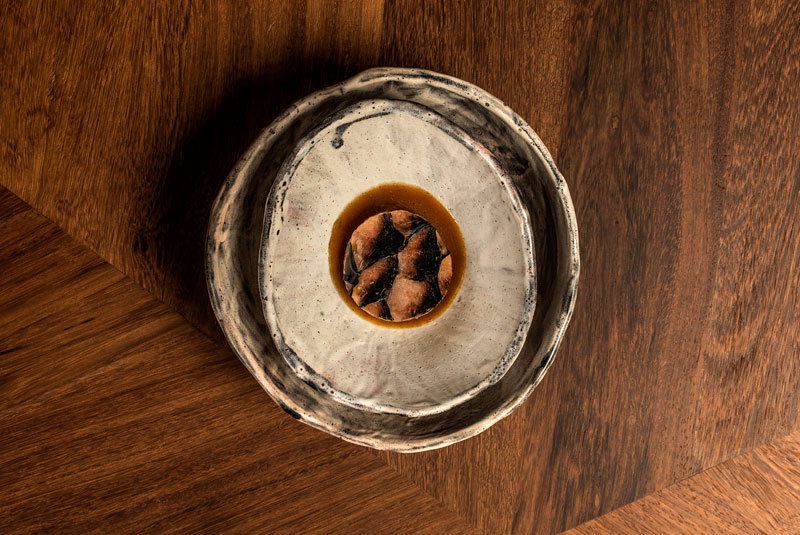 In 2008, only a year after opening her restaurant Leo in Bogotá with a pioneering menu focused on Colombia’s biodiversity, Espinosa created the non-profit FunLeo with her daughter Laura Hernández-Espinosa. The foundation soon became an essential part of the restaurant’s mission as the chef and her team travelled across Colombia discovering little-used ingredients and ancestral traditions, while helping improve the basic conditions of the ethnic communities who protected this knowledge.

“For me, and I believe for all Colombians, it is not only the indigenous culture that is important, but also the Afro-Caribbean culture,” she says. “It’s within the country's ethnic communities that a cultural and biodiverse variance is consolidated, because these communities have a long history and make it possible for that history to be part of our identity. It is right there, where these communities live, that the country’s cultural wealth is really to be found.”

3. “Food, art and economics are all political”

Through FunLeo as well as her own activism, Espinosa has long been advocating that food can be used as a tool of social change because it’s inherently political, just like art and economics. “Food includes all aspects involved in the regulation of agricultural and culinary processes; it points to the role of the state and the market vis-à-vis production, distribution, trade and consumption policies; and has an influence on the diet and nutritional situation of the population, as well as on access to and control of resources – so of course food is political,” she says. 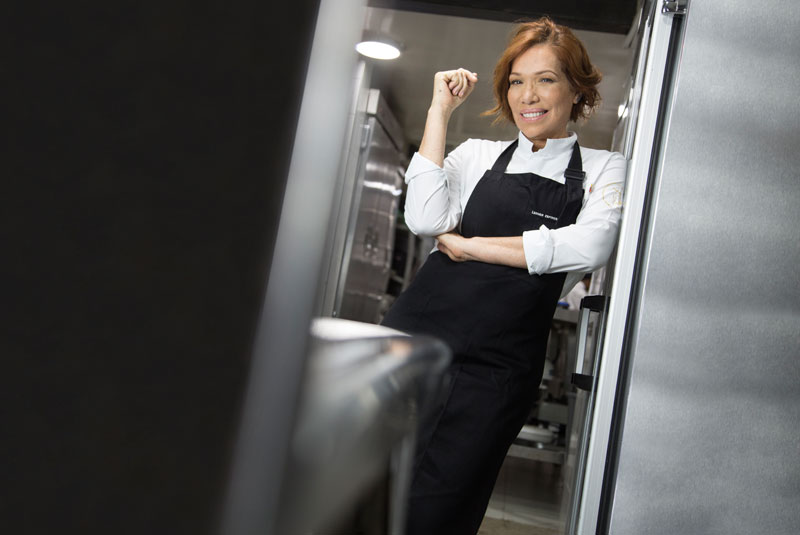 Chef Leonor Espinosa in a portrait

4. “The two most important qualities for a cook are sensitivity and creativity”

In an interview with 50 Best in 2019, Espinosa shared that she “needed a life that broke the mould”. In gastronomy, she found a medium that allowed her to go deep, to research the origin of food and to apply creativity to the process, while also using it as a tool to help support rural ethnic communities. In the 13 years since Leo was founded, the restaurant has never had a signature dish – instead, the chef says that only its whole menu can be a representation of its concept. The 2020 iteration of the ‘Ciclo-bioma’ menu features dishes such as longfin tuna with fat-bottomed ants and seaweed, representing the ecosystems of the sea, the mountains’ forests and the pacific rainforest; or the skin and tongue of the piracurú fish, representing the Amazon rainforest.

5. “It is our duty as chefs to strengthen the production chain”

“Because food is political and because cooking is culture, it becomes a tool to strengthen the associated production chain,” concludes Espinosa. “As chefs, we have to help strengthen local products and reclaim ancestral culinary processes. This is something I have thought for a long time – if the economy were much more focused on tools such as gastronomy, culture, music, oral tradition and folklore, then we could generate a much more diverse society, with social fabric at its heart.”

Espinosa’s Estrella Damm Chefs’ Choice Award will be celebrated at a virtual awards ceremony to announce the eighth edition of Latin America’s 50 Best Restaurants, sponsored by S.Pellegrino & Acqua Panna, on Thursday, 3rd December. To stay up to date with the latest news, follow us on Facebook, Instagram, Twitter and YouTube.