According to Micha Tsumura, Nikkei cuisine is having a special moment. With his restaurant Maido, the Peruvian cook has been a passionate ambassador of this unique cooking style, which finds its origins in the migration of Japanese workers to Peru at the end of the 19th century (the term ‘Nikkei’ also stands for the members of the Japanese diaspora). As the Japanese found their place in Peruvian culture, a cuisine was born that is unique to this part of the world, characterised by strong Peruvian flavours obtained through rigorous Japanese techniques.

But it was a slow process before Nikkei cuisine reached maturity – Tsumura says that it only started consolidating itself as a style between 10 and 12 years ago, after chefs such as Nobu Matsuhisa in the 1980s and Ferran Adrià in the 20th century helped define its nature. In 2014, Tsumura published a book called Nikkei is Peru, analysing this cuisine and its deep connection to his motherland. “At that time we were still wondering – where is this cuisine really going? Does it have a future? Are we forcing it?” says Tsumura.

When Maido was crowned No.1 at Latin America’s 50 Best Restaurants last October, Tsumura saw it as recognition that his efforts championing Nikkei cuisine had paid off. “To me, that achievement means that Nikkei is a real phenomenon with a future. It means that it’s becoming stronger around the world,” he says. He mentions that many of the Peruvian restaurants that have been opening internationally in recent years have Nikkei dishes on their menus.

There could not be a better time, then, to spread Nikkei cuisine to a new continent. Tsumura’s new venture Ají, which is set to officially open tomorrow in Macao, will be the first Nikkei restaurant in China. “Nikkei is already spreading through the United States and Europe, so what excites me the most about this project is that I’m doing something no one has done before. Asia is a continent that still doesn’t know much about Peruvian cuisine,” he says. 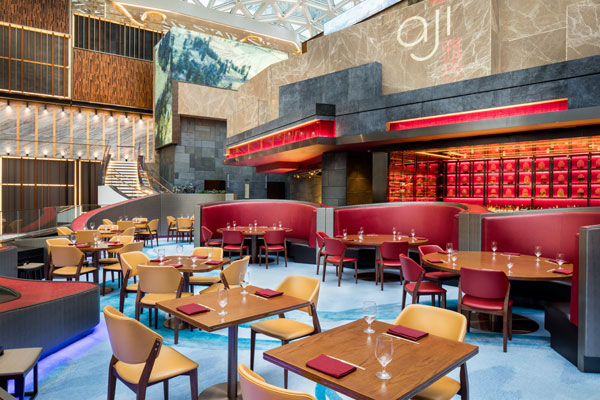 Ají, meaning “chilli pepper” in Spanish and “taste” in Japanese, is the place where Asia and Latin America collide. Despite some similarities – “in Peru we say that we eat rice like Chinese people,” says Tsumura – Chinese and Peruvian tastes may not seem to have a lot in common, but the chef is confident. “Ají has a strong focus on Peruvian flavours, while its Japanese side is concerned with the techniques we use. For our Chinese clients it will be exotic, but also familiar, because the Japanese side of Nikkei brings it closer to Asian cuisine,” he says.

Ají’s menu – which is largely á la carte, with a chef’s menu option – takes fresh produce from all over Asia and transforms it with exotic and original twists. The chef says that Macao, once one of the largest trading ports in Asia, is likely to have been the first point of entrance of chilli peppers to China. “Chillies are probably the most defining ingredient of Peru, we have so many preparations in which we use them – not only for their heat, but especially for their flavour,” says Tsumura. “At Ají I was inspired by the incredible produce I found around me when I first arrived in Macao: fresh oysters, lobster, abalone; but also duck and suckling pig.”

The restaurant also has a sushi and ceviche bar and a robata, which is used to make special nigiri sushi with some barbecued products. Among the creative sushi options, the Peking Duck sushi stands out, with aji limo, scallion, cilantro sprouts and rocoto hoisin sauce, and there is also a crispy pork skin nigiri sushi. 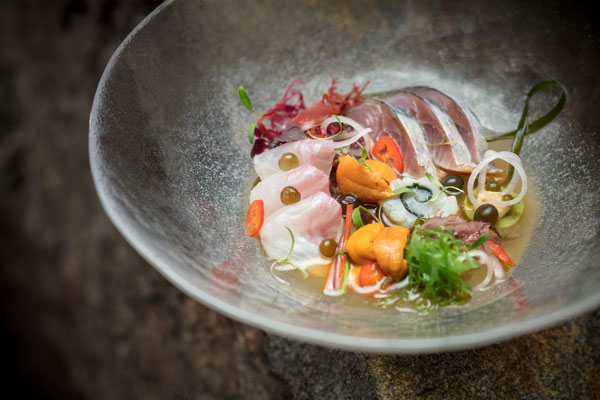 Another section of the menu is dedicated to Maido’s signatures – among which Tsumura’s famous 50-hour braised short rib and the classic Latin American preparation rice tamale. The drinks menu is another perfect marriage of Latin America and Japan, with creative cocktails based on pisco and sake.

With the official opening of the restaurant tomorrow, Tsumura has had a bit of time to explore the town. “You could only compare it to Las Vegas: it’s a place for fun, for playing and for great food. Here I had the best pastel de nata ever, as Macao used to be a Portuguese colony. But there is also a Cantonese side: the duck you eat in Macao is something incredible,” he says. Fellow 50 Best chef Mauro Colagreco of Mirazur in Menton, France, is also opening a new restaurant in Macao this week.

Less than four months after Maido was crowned The Best Restaurant in Latin America and with this new venture likely to be another success – Ají’s soft opening had people queuing outside the restaurant – Tsumura says that he’s just trying to focus on his daily work. “You have to do things right every day and not worry too much about the future. As a cook, I want to make people happy and when that happens, everything else falls in place. The future isn’t worth anything if you’re not building a great present.”

Ají’s official opening is tomorrow, February 13th 2018, and the 190-cover restaurant will be open for lunch and dinner Tuesday to Sunday.