As one of the UAE’s pioneers of sustainable gastronomy, Dubai-based Lowe, ranked No.23 in Middle East & North Africa’s 50 Best Restaurants 2022, sponsored by S.Pellegrino & Acqua Panna, is blazing a path through the hospitality industry. The restaurant was given an excellent rating by the Sustainable Restaurant Association, which saw it named the inaugural winner of the Sustainable Restaurant Award. Chef and restaurateur Kate Christou gives 50 Best an insight into Lowe’s practices, including vegetable gardens, eco-friendly packaging and how she spins kitchen scraps into gold

“Sustainability is a core part of our philosophy,” begins Kate Christou. “The word Lowe in Scottish or Old English means ‘a warm light produced by fire’. At the restaurant, we’re cooking on fire, whether it’s on wood, with the charcoal grill or the rotisserie, so that leads us to be sustainable from the outset,” she says.

The concept is baked into the very essence of the restaurant: Lowe practises nose-to-tail cooking, serves secondary cuts such as lamb neck and is on a journey towards zero food waste. Its sustainable practices are not just in play in the kitchen; Christou and her team have also hosted classes to teach the public how to repurpose common waste at home.

“We have a responsibility to be sustainable and to teach our guests. The Sustainable Restaurant Award has given me that drive to go even further. Being ranked No.23 is great, but for me, the award means so much more,” says Christou. 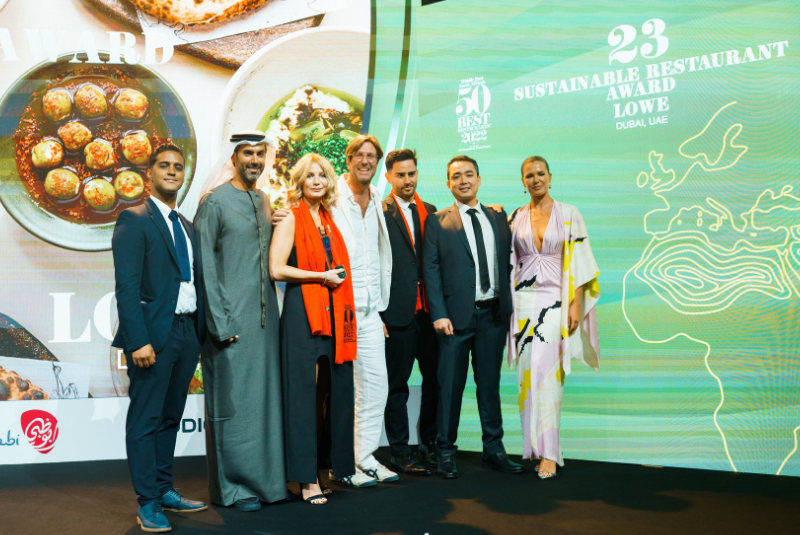 Lowe has embarked on a long journey to success. As the restaurant is based in the Majan neighbourhood on the outskirts of Dubai, the 30-minute drive from the city centre initially meant lower foot traffic, excess meals and unwanted food waste. “We knew we had to do something about it,” says Christou.

With the help of her partner Jesse Blake, the pair took to the kitchen to look at practical ways to combat food waste. “Every day, we would save all the scraps and after around three weeks, when we had enough to cook a dinner, we pulled everything from the freezer, the dehydrator, or produce that was pickling, and would turn them into a dish.”

The dishes amalgamated into Lowe’s ‘Waste Not’ series: a rotating 10-course menu of plates and drinks whose flavours tiptoed on the boundary between exquisite fine dining and thrifty use of scraps. The series earned Christou, Blake and the Lowe team well-deserved recognition for their ingenuity, but also for the standout combinations. Ginger peel, coriander stalks and fish heads made their way into a complex ‘yellow scrap curry’, while bread crusts were destined for a standout gelato.

“We saved the toast that was sometimes burnt during breakfast service and infused it into a burnt sourdough ice cream, which definitely became a crowd favourite,” explains Christou. 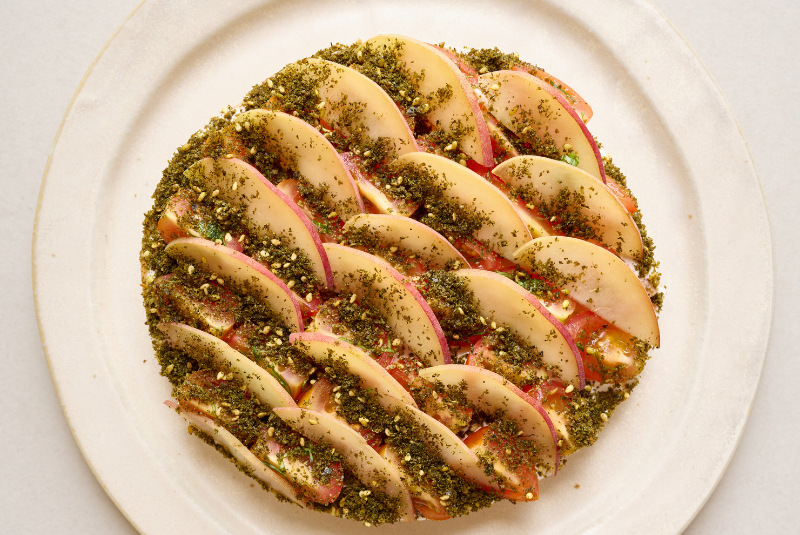 Sustainability begins at home
Another tine on Lowe’s fork of sustainable practices is a focus on locality and terroir. While the UAE depends largely on importation, Christou explains how the restaurant is able to source food closer to home.

“A big thing for us is that we make everything in-house. We do have ketchup for the kids,” she admits with a laugh, “but all of our juices, kombucha and soda are produced by us.

“We’re also very produce-driven and we use completely local seafood, a lot of local meat and vegetables. During the summer, we take seafood off the menu entirely because it’s difficult to find quality products when the water is too warm,” Christou says.

Bolstered by validation from the Sustainable Restaurant Award, Christou is keen to drive the sustainable sourcing further and to explore the potential of local soil.

“We had originally set out to build an aquaponics farm next to the restaurant, but now with the award, I’ve been inspired to build a vegetable garden. We’ll be the first restaurant in Dubai to have one,” claims Christou. “By next year, there will be some tomatoes and aubergine growing, and in a dream world, we’ll also try and grow some onion flowers and other herbs, too.”

The Emirate has recently implemented eco-friendly measures, which align with Lowe’s goals. “The good thing about Dubai is that once they decide to do something, it happens very quickly,” says Christou. “The Sustainability Pavilion from the Expo [a six-month event showcasing Dubai’s cultural wares] is now open to the public and Dubai has just announced that we will have to pay for plastic bags from July this year.” 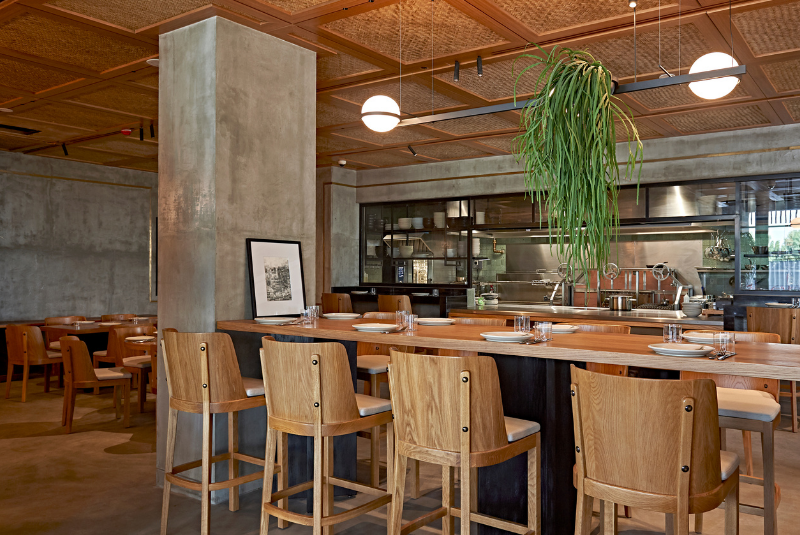 The interior of Lowe, based in the Majan neighbourhood of Dubai, UAE

This latest measure comes as music to the ears of Lowe’s management team, who have long since taken a stand against single-use plastic. “We have a no-straws policy and we don’t put stickers on our boxes. It might not be ‘Instagram-able’, but it would be extra waste,” explains Christou, “I’m also phasing out coffee cups. If people want to have coffee, they’ll have to sit for five minutes and drink it in the restaurant.”

While Lowe is credited for being one of the first sustainability-led restaurants in Dubai, Christou is eager to encourage others to follow in her low-carbon footsteps. “My advice? Don’t be overwhelmed by thinking that this is a huge investment,” she says. “You can start with small goals. The first thing we did was very simple: don’t distribute plastic bottles. If you’re going to use coffee cups, ensure the lids are recyclable, or better yet, encourage people to bring their own cup in.”

While it might have been easy to rest on their laurels, Christou and the team is doing anything but. Many of Lowe’s aims for 2022 are focussed on improving their sustainability credentials, including a 20% annual reduction target for non-food waste. “But I want to be zero in a few months’ time,” says Christou. “The award has made me even more motivated and I want to prove to everyone that it’s possible.”

Reflecting on Lowe’s recent achievement at Middle East & North Africa’s 50 Best Restaurants 2022, Christou stresses the relevance of the Sustainable Restaurant Award. “I think it’s the most important one [in the awards programme]. It’s something that really motivates people to start making changes. You just have to believe in what you’re doing and that it’s for the right thing."