The Mirazur experience is unveiled in Mauro Colagreco’s new cookbook

As Mirazur rises to No.3 in The World’s 50 Best Restaurants – the highest ever placing for the restaurant in Menton, France – chef-owner Mauro Colagreco presents his debut cookbook.

Presenting his new book, Mirazur, at the Guggenheim Bilbao the day after the announcement of The World’s 50 Best Restaurants 2018, Mauro Colagreco was thrilled and touched, sharing hugs with the chefs and foodies who had come to support him after Mirazur landed at No.3 on the 2018 list, one place up from the previous year.

“Today we launch the book and it’s such an important day for us, 12 years after opening the restaurant,” said Colagreco. “When we started working on it a few years ago, it was really hard to imagine it. I saw my first book like a haze. Today, reading it, what I see reflected in the book is the true experience of what Mirazur is.” 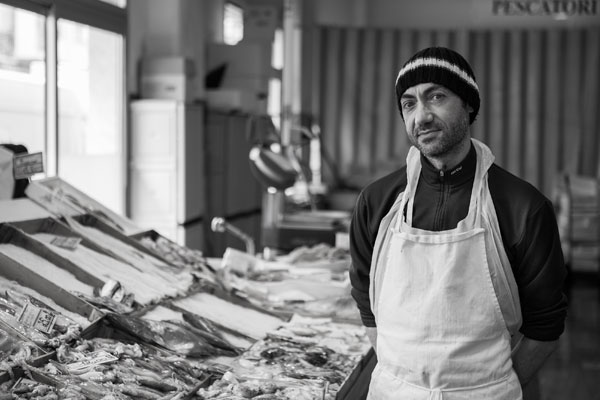 Including food photographs, recipes, the chef’s own reflections on his cuisine and insider information on his favourite local markets, as well as his team’s inspiration, Mirazur is a collection of moments from the restaurant, captured by photographer Eduardo Torres. “Working on this book was a challenge,” said Torres, “because what I had to capture wasn’t only the professionalism of everyone in the restaurant, but also the emotions and the love shared by the team.”

Described by chef Massimo Bottura as ‘a frontier cuisine’ in the book’s preface, Colagreco’s gastronomy is inspired by the cultures that come to meet at Menton on the border of France and Italy, as well as the chef’s Argentinian upbringing and the natural produce of the Mediterranean. “Mirazur is a magical place, in between food cultures and in between the sea and the mountains. In the middle of all this is my garden and also me, an Argentinian chef,” said Colagreco. 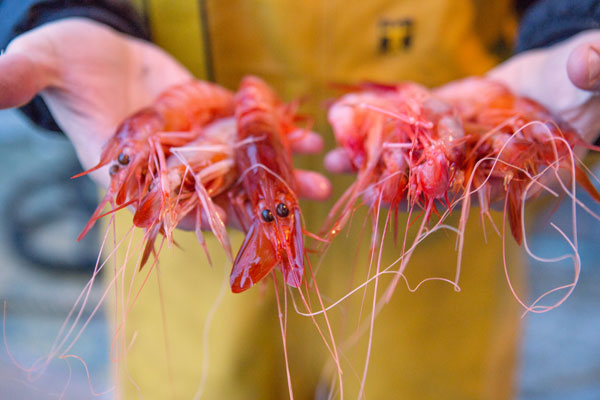 “It was really difficult at the beginning, because I opened a restaurant in a place I’d never been before and where I didn’t know anyone: no suppliers, no producers, no one. But today I understand that this was something great because I was completely free. Every day, I discovered something new, a new product or a new person who produced a fantastic ingredient in the mountains. I still wake up every day and I know I will discover something new.” 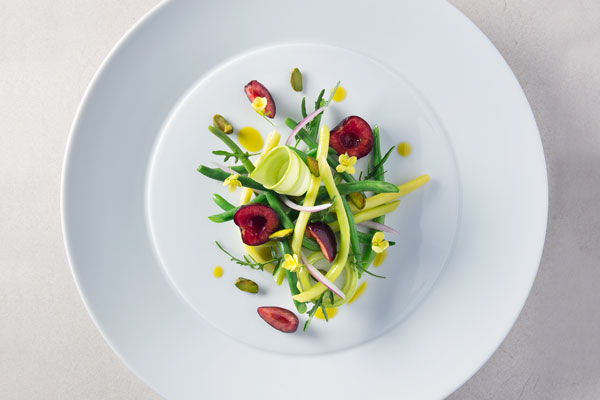 In a saucepan, blanch the beans in salted boiling water for a couple of minutes. Drain, then shock in iced water. Pit the cherries and set aside. Use a mandolin to cut long, thin slices of the tromboncino and brunoise-cut the shallot. Make a vinaigrette with the olive oil, white balsamic vinegar and pistachio oil. Flavour the beans with grated ginger, olive oil and fleur de sel.

Arrange the beans to create volume, add the tromboncino slices, cherries, oxalis and chickweed flowers, sprinkle the salad with the vinaigrette and fleur de sel. Finish with finely-diced red onion, 5 pistachios per plate and a few wild rocket leaves.

Watch the highlights from The World’s 50 Best Restaurants 2018: