Raw, L’Effervescence and Locavore promote sustainability with a One Planet Plate

With only one week to go until the winner of the first Sustainable Restaurant Award is announced at the Asia’s 50 Best Restaurants 2018 awards ceremony in Macao, some of the restaurants on the list are taking part in a new project to raise awareness about sustainability. Read about the One Planet Plate project and how to get involved.

On Saturday 24th March, restaurants around the world will take part in One Planet Plate, a campaign launched by the Sustainable Restaurant Association (SRA) to give chefs a chance to showcase how they’re helping the environment through one dish.

Set to coincide with Earth Hour, the World Wide Fund for Nature’s (WWF) global movement that encourages people around the world to switch off their lights for one hour, One Planet Plate will give foodies a chance to better understand what a ‘sustainable’ dish looks like and to discover new recipes that are as good for the planet as for the palate.

A thousand restaurants around the world, including many in the Asia’s 50 Best Restaurants list, are taking part in the initiative by serving and sharing a dish that they consider their ‘One Planet Plate.’ The dish is chosen because its ingredients, techniques or preparation can teach something to diners about how to better take care of the planet on a practical level within the world of gastronomy.

A dynamic map on the One Planet Plate website makes it easy for anyone around the world to search for restaurants serving a special sustainable dish on Saturday 24th March, as well as to explore dozens of recipes that help build a better food future, freely contributed by restaurants all over the world.

Restaurants in the Asia’s 50 Best Restaurants list from Tokyo to Bali have contributed to the initiative by sharing their special One Planet Plate. Here are some of the highlights: 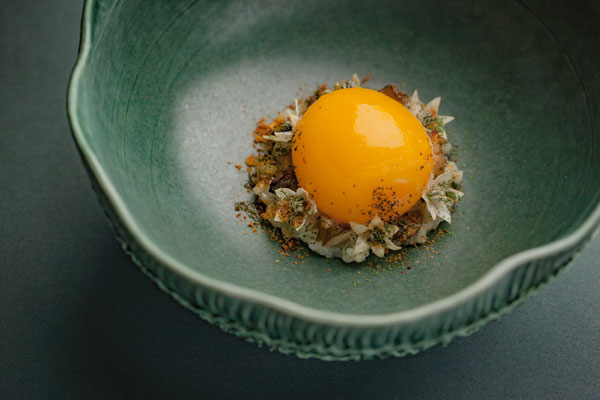 The dish includes everything that lives, grows and swims in and around the Balinese organic rice fields. Chefs Ray Adriansyah and Eelke Plasmeijer include in the dish many examples of the local flora and fauna, showing diners all the organisms that naturally live a rice field. Among other ingredients, Into the Sawah includes free-range frogs and snails from the local fields near Ubud in Bali. 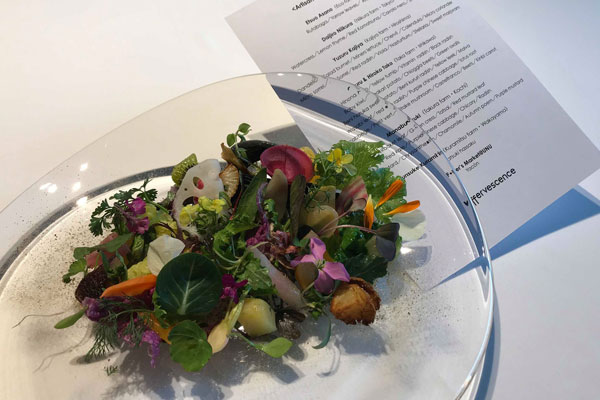 Chef Shinobu Namae is especially conscious about sourcing as he says that agriculture is the biggest factor responsible for the food industry’s carbon footprint. “We praise the effort of the artisan farmers who always think highly on sustainability,” says the chef. The dish changes every day to include the freshest ingredients just picked and aims to teach diners about the importance of quality organic vegetables. All ingredients are either served simply raw or seasoned with Japanese olive oil and sea salt, then dressed with organic mandarin vinaigrette brewed at the restaurant. 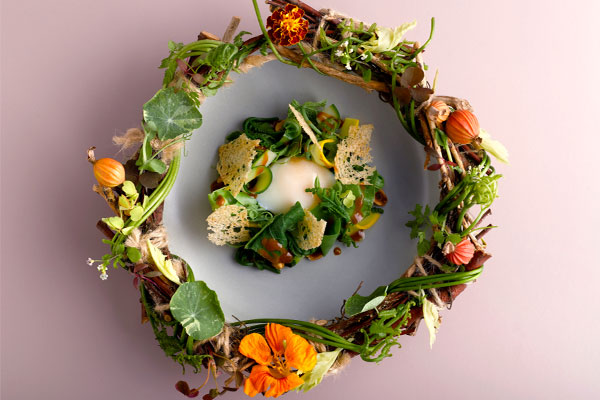 Chefs André Chiang and Alain Huang say: “Raw’s cuisine features the local produce that Taiwan has to offer. All the ingredients used in the restaurant are carefully selected after observing the seasons and are paired creatively by the chefs. This dish perfectly represents its own micro-season on a plate. Using what is in abundance at any particular time is a natural way to maintain global sustainability by eliminating the need to import or source out-of-season ingredients.”

The SRA is calling on diners to play their part by snapping a picture of a One Planet Plate and sharing it on social media using the hashtag #oneplanetplate.


Tune in to the livestream on Facebook on Tuesday 27th March to discover the 2018 list of Asia's 50 Best Restaurants, sponsored by S.Pellegrino & Acqua Panna.