As the first ever winner of the Sustainable Restaurant Award at The World’s 50 Best Restaurants in 2013, Narisawa in Tokyo, Japan, has plenty of lessons to teach. We talked to chef-owner Yoshihiro Narisawa about the importance and the challenges of building a sustainable restaurant.

“Eating is indispensable,” says Yoshihiro Narisawa, chef-owner of the eponymous restaurant in Japan’s capital. “To be able to continue eating, we need to think beyond nationalities and countries.”

Movements towards sustainability are developing all over the world and they are uniting chefs beyond geographical and cultural borders. Across the globe, chefs and bartenders are uniting against the use of plastic straws and in Cape Town, the likes of Luke Dale-Roberts from The Test Kitchen are battling a serious water shortage with innovative plates and water-reducing menus.

Chef Narisawa has built his whole philosophy around respecting and emulating nature and nearly all aspects of his eatery reflect the theme. “When I opened my restaurant, 23 years ago, I visited fields, seas and forests all over Japan. I talked directly to the producers to source all ingredients,” says the chef. Seeing the daily struggles and efforts made by producers to deliver high-quality products changed his view of gastronomy and made Narisawa’s restaurant what it is today. 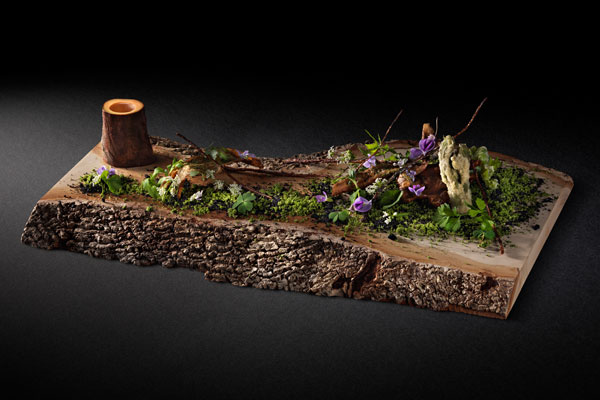 Narisawa’s style of cooking is known as innovative Satoyama cuisine – “sato” meaning village or community and “yama” meaning forest in Japanese. “All ingredients from the fields are free from any chemicals. I purchase only the exact quantity I need, so there’s no food waste, and there is also no mediator – the producers receive 100%,” says Narisawa. The chef is deeply focused on marrying gastronomy and sustainability and creating a restaurant where people and nature “coexist in a symbiotic relationship.”

The restaurant’s menu changes seasonally and many dishes are inspired by a specific natural landscape or ecosystem, including creations such as Satoyama Scenery, Forest and Sea, Soil Soup and Water Salad. “I take inspiration from everything in nature, from scenery to wind, the temperature I feel on my skin, the scent of the air, the plants and the soil, the sound of the stream, the trees, the flavours of edible plants… I feel with my five senses,” says Narisawa.

When Narisawa won the Sustainable Restaurant Award in 2013, the SRA highlighted in its report that “Chef Narisawa has an intimate relationship with the local fishermen, often joining them for trips and always encouraging small-scale methods that allow baby fish to escape.” The judges were further impressed by the fact that the restaurant used fallen leaves and scrap wood to make plates.

According to the chef, everyone can play a part in making the world a little more sustainable. His advice is both for professional cooks and the rest of the world: “Visit the places where your ingredients come from. Listen to the local people and know the reality they have to face. Then, choose only the products that are really safe and sustainable,” he says. “If we don’t act correctly, the environment will deteriorate further.” 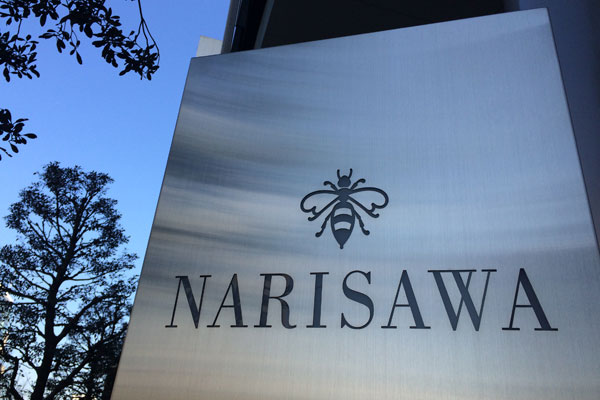 Narisawa has implemented sustainable practices in all aspects of his restaurant and now hopes to inspire others to do the same. Here are some of the steps the restaurant has taken, as highlighted by the Sustainable Restaurant Association in its latest rating of Narisawa:


The winner of the first regional Sustainable Restaurant Award for Asia’s 50 Best Restaurants will be announced at the annual awards ceremony on Tuesday 27th March 2018 in Macao.