The Oscars of global gastronomy will be held in Asia for the first time in 2019, when The World’s 50 Best Restaurants moves its awards ceremony and events to Singapore.

The move to Singapore – which follows recent editions in Europe, Australia and the US – continues the 50 Best organisation’s global tour of its flagship event programme, landing in the dynamic and food-focused south-east Asian hub. The city-state has long been seen as a thrumming crossroads of culinary cultures, mixing Chinese, Malay and Indian elements with enduring European influences. In recent years, Singapore’s gastronomic culture has accelerated to the point where it is now viewed as one of the world’s great food cities, mixing a distinctive hawker stall tradition with contemporary fine dining options of the highest calibre.

The gala ceremony itself will reveal the list of The World’s 50 Best Restaurants 2019, sponsored by S.Pellegrino and Acqua Panna, as well as a range of special awards celebrating talent, diversity, opportunity and sustainability. The awards are voted for by over 1,000 industry experts worldwide, comprised of a 50-50 balance of men and women for the first time in 2019. 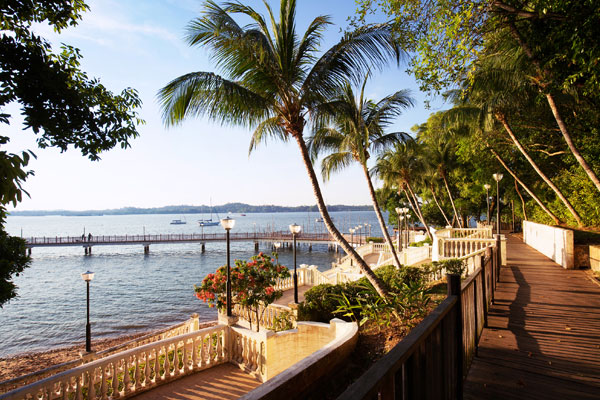 The Changi Boardwalk in Singapore

The choice of Singapore as a host destination for The World’s 50 Best Restaurants for 2019 has also prompted the organisers to partner with the Singapore Tourism Board (STB) on a series of 50 Best-branded events over a three-year period. Surrounding the gala awards ceremony in mid-2019, local and visiting diners will be able to attend masterclasses and bespoke dinners from some of the world’s finest chefs.

Furthermore, a live ticketed #50BestTalks forum will see the most influential figures on the international culinary scene outlining their visions for the future through food. In 2020, a special standalone edition of #50BestTalks, presented by Miele, will also take place in Singapore where thought-leaders in gastronomy will discuss topical issues, food trends and dining hotspots. 50 Best and STB will also collaborate on an interactive culinary student programme.

Alongside its ascent in gastronomic terms, Singapore is further establishing itself as a premium cocktail destination. After the inaugural staging of Asia’s 50 Best Bars awards earlier this year, Singapore will continue to host this pan-continental awards event in 2019 and 2020. In 2021, it will then play host to The World’s 50 Best Bars, which has thus far only ever taken place in London, making Singapore the first city outside the event’s original home to be announced.

The announcement of the new host destination partnership was made prior to a six-hands celebratory dinner hosted at Avenue restaurant in London on October 2. The menu was presented by three chefs heading up acclaimed restaurants in Singapore: Julien Royer of Odette (No.28 in The World’s 50 Best Restaurants 2018), Jason Tan of Corner House (No.36 in Asia’s 50 Best Restaurants 2018) and Malcolm Lee of Candlenut. Accompanying cocktails were created by three of Singapore’s most highly regarded bartenders: Philip Bischoff of Manhattan (The Best Bar in Asia 2018) Vijay Mudaliar of Native (No.47 in The World’s 50 Best Bars 2018) and Sasha Wijidessa of Operation Dagger (No. 19 in Asia’s 50 Best Bars 2018). 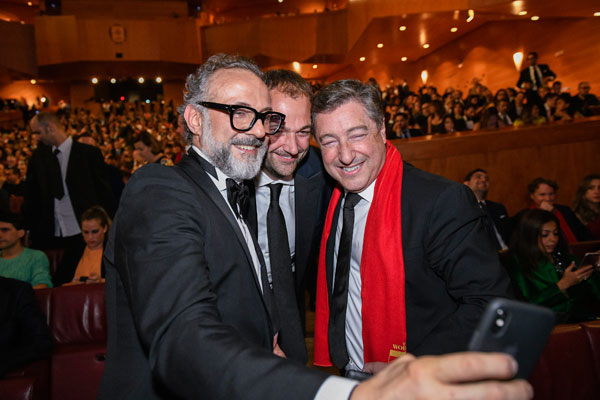 The chef-owners of three previous No.1 restaurants, Massimo Bottura of Osteria Francescana, Daniel Humm of Eleven Madison Park and Joan Roca of El Celler de Can Roca, take a selfie at The World's 50 Best Restaurants 2018

Singapore will be host to:


Now watch the highlights from The World's 50 Best Restaurants 2018 event programme in the Basque Country of Spain: