Woman. Chef. Mother of two and the owner of a brace of restaurants with partner Rosario Onetto. Carolina Bazán, who today is named as Latin America’s Best Female Chef 2019, has spent all her life dismantling stereotypes in gastronomy and beyond. Get to know the pioneering Chilean chef and her work at Ambrosía and Ambrosía Bistro.

Carolina Bazán refuses to fit the mould. She is a Chilean who grew up living in many different countries, a French-trained chef who reinterprets homely national flavours in elevated plates, and a firm believer that family and career need not be mutually exclusive. With partner Rosario Onetto, she wants to show the world that women can be great mothers and at the zenith of their industry simultaneously.

In the last six years, Bazán’s life has changed significantly. First, in 2013, she moved the restaurant that she had opened with her mother over 10 years earlier in Santiago, Chile, to a new location, where she completely overhauled the concept and menu. The new Ambrosía won the One To Watch Award a year later and subsequently earned a place on the Latin America’s 50 Best Restaurants list that it has kept ever since. Then, in 2015, Bazán and her partner – Ambrosía sommelier Onetto – had their first child, Iñaki. Two years later, they opened a new restaurant, Ambrosía Bistro, and earlier this year, the couple had their second child, the now-three-month-old Mia.

“I’ve always wanted to have kids, but as time goes by and you'll never find the ideal time to have them,” reflects Bazán. “You think the world has to stop, but you have a kid and life goes on and just gets more complicated. You have to keep on making your own life and keep on generating ideas,” says Bazán, who has just been crowned Latin America’s Best Female Chef 2019 ahead of the new edition of Latin America’s 50 Best Restaurants.

Watch Bazán in action in our video:

Despite the hectic lifestyle, the chef has no regrets. She says that trying to keep everything afloat is a tricky “juggling act”, but at the same time, “it's infinitely beautiful. The more complicated things are, the more satisfaction you get, because you enjoy them more. Balancing a restaurant and family is difficult, but it can be done. I'm trying to make that visible and encourage more women to get into it.”

For a long time, “being a woman in the kitchen” didn’t mean much to Bazán – she never felt that the experience was much different than her male counterparts. “There were some uncomfortable experiences that wouldn’t have happened had there been more women in the kitchen, but nothing serious. Now, looking back on my 18 years in the industry, I can see clearly that there are differences and that to go far as a woman is much more difficult,” she says.

It was after she had her first child that Bazán started to feel that difference more strongly. “Suddenly, when I was invited to cook abroad, I started to say no to the trips. Last year, I said no to nine or 10 trips. It was 100% my choice, because I don’t want to be absent from the lives of my children, and if I go travelling once a month, I will miss a lot,” she reflects.

“I think people see me as a chef. And that’s true. But I feel that besides being a chef, I'm a mother, and that's another job that is super intense. That’s where you find a bit the difference with men, because I feel that many male chefs don’t even make their bed.” 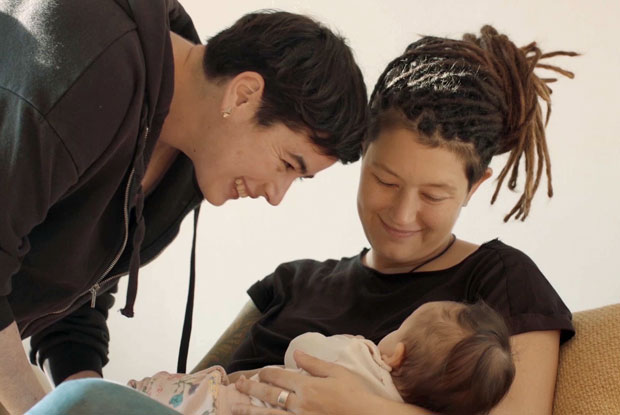 Bazán started dismantling preconceptions around what it means to be a woman in the kitchen early on. At 23, she first became the chef in charge of a kitchen at the former incarnation of Ambrosía in downtown Santiago, which she opened with her mother. “It was very successful because the food was simple but rich. We did family recipes, and I was learning along the way, with trial and error,” she remembers.

But after eight years as the head of Ambrosía, the chef started to feel suffocated at the restaurant. Although she had trained in some of the best restaurants in Chile and in Peru, she felt the need to go further. So, in 2010, she left Ambrosía to get culinary training in France, where she worked with Frenchie chef Grégory Marchand in Paris.

“After leaving Chile, [I discovered] this whole movement of young chefs who were doing what they really wanted to do, without caring about Michelin stars or anything. The did what they what they believed, and whether they were successful or not was another issue, but they were faithful to who they were,” she says.

The time in France gave Bazán the confidence to give Ambrosía a new identity when she went back to Chile. In 2013, she moved the restaurant away from Santiago’s centre and into the suburbs, where it is now located in a house without as much as a sign outside. Next, the chef decided to change her approach to ingredients.

“I used to work with a lot of frozen products such as frozen seafood. Nothing was seasonal, and I wasn't even aware of it. After France, I no longer had a freezer in my kitchen. All the fruits and vegetables are fresh, all the seafood is fresh. If there's no fresh seafood, then there's no seafood on the menu,” she says. 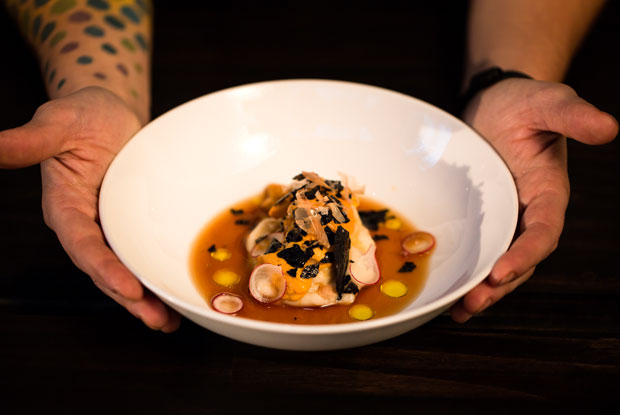 Bazán presents her dish at Ambrosía

Bazán’s new style of cuisine attracted a different clientele than the previous restaurant in downtown Santiago. Soon, her efforts were noticed by the Latin America’s 50 Best Restaurants Academy, and Ambrosía earned the One To Watch Award – a prize reserved for a rising star in the region – in 2014.

“[My cuisine] is intense in flavour, but simple in preparation. There are no fireworks, but it surprises you when you taste it. I've always said that my food is quite home-style, but taken to a more elaborate level. All preparations take time, have intention and are clean, but it's very different from what you might find in other restaurants today because it's a homemade flavour line,” she explains.

Although the flavours may resemble what Bazán used to eat as a child, the inspiration comes from all over the globe. The chef says that just like some musicians can listen to a series of notes and immediately reproduce them, she can taste something she likes and recreate it with ease. Often, her trips provide the inspiration for Ambrosía’s daily-changing menu.

“Last year when we were in Colombia [for Latin America’s 50 Best Restaurants 2018], I went to Cartagena and the chefs from Proyecto Caribe showed me a very traditional dish that is a mixture of banana and eggplant made into a stew. I really liked this combination that I would never have imagined. Back at Ambrosía, I made a dish with burnt eggplant, roasted eggplant, banana sautéed with local ingredients and fish. It was my reinterpretation of that dish,” she explains. 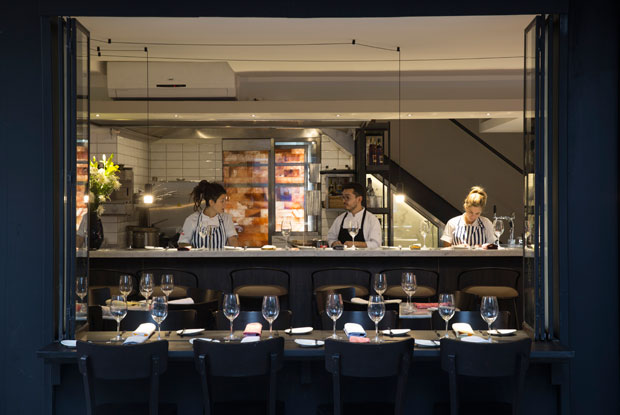 Bazán at work at Ambrosía Bistro

As her recognition in the region increased, new challenges presented themselves at Bazán’s doorstep – namely, that of becoming mother at the same time as she led one of the best restaurants in Latin America. “Chile is very conservative and it's a complicated subject. When I told my mother that I wanted to have a child, the first thing she said to me was: ‘But you're at the peak of your career, how are you going to do this?’ I told her that if I'm at the peak, does it mean that everything is over and from here I'm just going from the peak down?”

Although it isn’t easy to strike a balance, Bazán feels that the dominance of male-led kitchen isn’t right and hopes to use the Latin America’s Best Female Chef platform to change this.

“Kitchens were always women's. Men learn to work in the kitchen from their mothers, grandmothers, or some woman almost all of the time. When did things flip and a woman in the kitchen started to attract attention? That's very strange. With this award, I seek to inspire more women to dare.”