Tegui pops up in Mendoza for 40 days

Header: the view from the restaurant at sunset (image from timelapse video by House of Chef)

As Argentine chef Germán Martitegui and his team up sticks to the Mendoza wine region, we take a glimpse into the latest pop-up from Tegui, the only Argentine restaurant in The World’s 50 Best Restaurants list.

When Germán Martitegui plans a pop-up, it’s no ordinary one-nighter helmed by a couple of his chefs. Instead, he goes 180º – and then some. Closing his restaurant in Buenos Aires for an unprecedented six weeks from 24th February, Martitegui has transferred his entire 24-strong team to SuperUco winery in Uco Valley, Mendoza, to undertake 40 days of dining experiences from 27th February.

Those expecting to enjoy the typically slick Tegui experience with the added bonus of an Andes panorama will be mistaken: for several reasons, Tegui Mendoza is set to be a very distinct experience to its sibling in the Argentine capital. 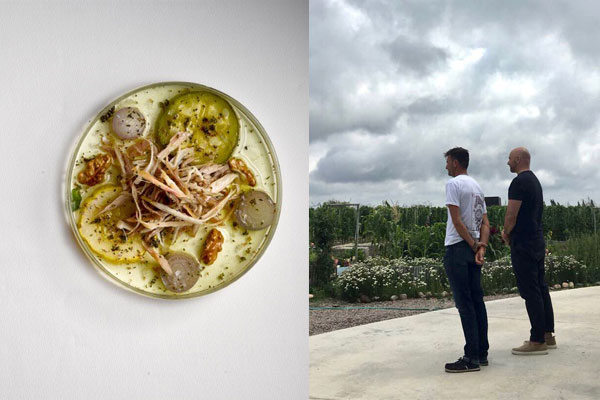 A whole new restaurant has been constructed from scratch among the goblet-trained vines at SuperUco, a small biodynamic bodega led by the renowned winemaking brothers Gerardo, Matías and Juan Pablo Michelini. Every table faces the Andes at staggered heights so no diner’s view is obscured; pairings come from the Michelinis’ ample stable of wares such as Passionate Wines, Zorzal and Gen de Alma; with no gas installed at the winery, kitchen staff will have to draw on their culinary ingenuity; the last reservation is at 6.30pm (more on that later); and even dishware will change. Tegui Mendoza is Martitegui’s most ambitious project to date.

Martitegui, who has had this project in the pipeline for two years, had a clear vision: “Wine is very important in relation to food in Argentina, which is why, if I were to move Tegui, I wanted to go to Mendoza, the heart of wine country. But it’s not just about Mendoza and the challenge of leaving our comfort zone; I also wanted to do this with the Michelinis.”

The chef, whose flagship Tegui was voted No.49 in The World’s 50 Best Restaurants 2017, admires the various projects led by the siblings, one of Argentina’s foremost winemaking families.

“After abstaining from alcohol for a few years, the first wine I enjoyed was Matías’s Montesco Agua de Roca [a Sauvignon Blanc],” Martitegui says. “Their wines are very special with food. We have a lot of their products on our list plus I’ve always been seduced by their way of working, from label design to different wine styles. We’d been talking about it for some time, then, one drunken night, we decided to go for it.” 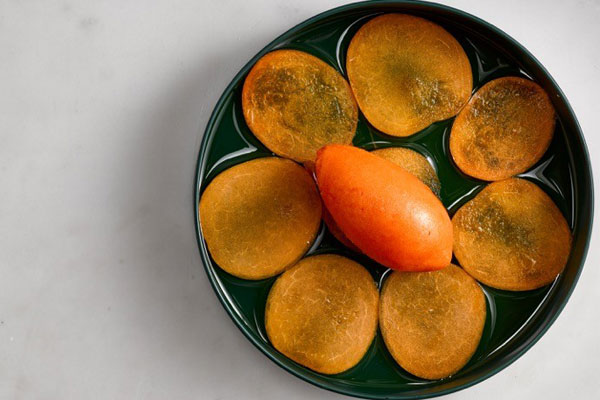 Carrot sorbet with apricot from Tegui in Buenos Aires, an adaptation of which is likely to feature on the Mendoza menu

The eight-step menu – one of very few similarities Tegui Mendoza shares with its Buenos Aires counterpart – will focus on Cuyo, a region encompassing the provinces of San Juan, San Luis and Mendoza. Martitegui sent two chefs to forage for local produce at the end of January; they quickly unearthed wild arugula, watercress and fennel as well as huacatay (black mint) near rivers in the Andean foothills.

While the menu will change daily according to ingredient availability, Tegui dishes with Cuyo influences that are likely to make the cut include raspaditas, a puff pastry bread from Mendoza, versions of hen and oregano casserole mendocina, confit of vizcacha (similar to chinchilla) and a dessert starring quince, a typical fruit from the region.

As for those 6.30pm reservations, a time when many Argentines are drinking mate or having their merienda, there is a unique upside, says Martitegui. “We’ve chosen a strange time because the sun sets in Mendoza at around 8.15pm. This means that while you’re eating, something magical happens with the light as well as to the place, which is located 1,200 metres above sea level. The sun sets behind the Cordillera mountain range – exactly at the point where Argentine liberator José de San Martín crossed the Andes – and as every table will face these peaks, I truly believe it will be a magical experience not just for diners, but for the whole team. They say that no sunset is the same in Mendoza; we’ll get to witness 40 of them.”

Watch the timelapse of the view from Tegui Mendoza:

Argentine chef Germán Martitegui and his team are closing Tegui in Buenos Aires for six weeks and popping up in the Mendoza wine region for 40 days of dining experiences starting 27th February. Follow the link in our bio to learn more about this pop-up that will boast this beautiful view. #popup @germanmartitegui #chef #mendoza #argentina #travel @sorrelita #timelapse

Get to know Chef Martitegui in 50 Seconds: