A quest for creativity and contentment: the story of Danny Yip, of Hong Kong’s award-winning restaurant The Chairman

Danny Yip grew up eating bad food and has spent much of his life since creating and serving some of the best Chinese dishes in the world. As his Hong Kong institution The Chairman soars into the top 10 of The World’s 50 Best Restaurants 2021, sponsored by S.Pellegrino & Acqua Panna, Yip discusses his circuitous journey to culinary success, backed by a singular philosophy that mixes drive with patience

In March 2021, The Chairman in Hong Kong became the first Chinese restaurant to be crowned number one on the Asia’s 50 Best Restaurants list. In October, it became the first Chinese restaurant to reach the top 10 in The World’s 50 Best Restaurants ranking, earning the Highest Climber Award, sponsored by Alaska Seafood, in the process. Its best-known dish, steamed flowery crab in aged Shaoxing wine, has achieved iconic status. So this unassuming eatery tucked away in the heart of in HK’s Central district has become a true global culinary trailblazer.

For chef-owner Danny Yip, however, the path to gastronomic glory was not always lined with delicious meals and memories of bonding in the kitchen. He candidly admits: “I envy chefs who say their mum was a good cook. Unfortunately, I had the reverse: my mum was a terrible cook!” She suffered from a stomach condition, so everything was overcooked and mushy. Too poor to eat out, it was only at the occasional wedding that Yip could gorge himself on proper food, until he moved to Australia to study accounting.

Based in the Australian capital, Canberra – a city not then known for its tucker – Yip worked part-time in Lebanese, French, Italian and Chinese restaurants to support himself. With little experience but a knack for learning quickly, he would start as waiter or kitchenhand then talk his way into a cooking role, developing a voracious appetite for good food along the way. 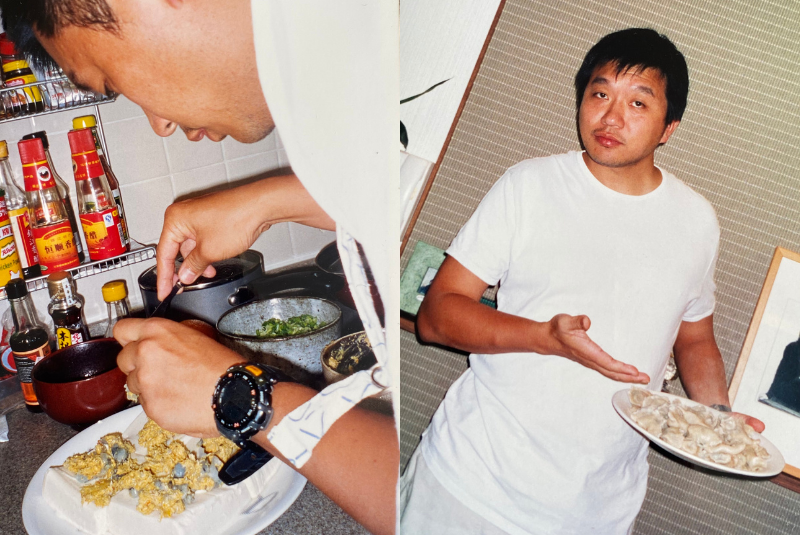 Danny Yip began his career working as a waiter and kitchenhand in Canberra, Australia

Despite missing most classes due to work, Yip passed his undergraduate course with flying colours and was invited to do an honours degree. It was a life-changing moment, not because of the academic opportunity, but for the extra year it allowed him to stay in Australia. But instead of focusing on his studies, he partnered with seven friends from university and opened his first restaurant, Window on the Orient, at age 22.

The year was 1988, when westerners ate what he describes as “Chinatown cuisine”, sanitized Chinese food adapted for foreign palates. In Australia, it included the big four: Mongolian lamb; lemon chicken; honey prawns; and sweet and sour pork, a benchmark Cantonese dish too often corrupted.

Preparing and cooking Chinese food requires immense skill. It involves deep-frying, steaming, stir-frying, boiling and braising, but the food being served by migrant Chinese chefs was terrible, according to Yip. “They rinsed the meat and washed off the blood, so whether you were eating beef, lamb or chicken, they tasted the same. It was all seasoning, MSG and colour,” he recalls.

Yip and his friends thought to themselves: what if we open a Chinese restaurant with better flavour, fewer chemicals, no MSG, create our own sauces and harness the skills of chefs to make better food? It was an ethos – founded two decades before The Chairman itself was born – that proved wildly successful, with tables in the 120-seat restaurant turning over twice at both lunch and dinner. 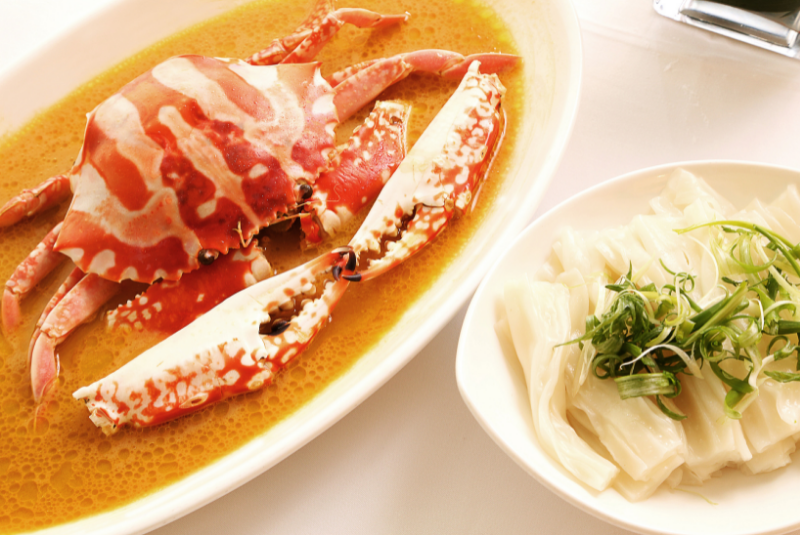 Between study and work, Yip ate. He would take day trips to the city of Melbourne, about five hours south of Canberra by train, to have lunch at The Flower Drum, a revered Chinese establishment that featured on The World’s 50 Best Restaurants in its early days. Or he would hop on the train a few hours north to Sydney.

It was in Sydney that he discovered Tetsuya’s, a pioneering French-Japanese fine diner that featured in the top 10 of The World’s 50 Best Restaurants list for many years. Chef Tetsuya Wakuda’s restaurant was a revelation in creativity, prompting Yip to sell Window on the Orient and open Madam Yip, where he could experiment more with flavours. He followed up with the acclaimed Chairman & Yip in 1992, a precursor to The Chairman that still operates today, albeit with more of a pan-Asian focus.

Running Chairman & Yip involved grueling 16-hour days, seven days a week, and slim profits, so Yip decided to return to Hong Kong in order to make money. A serial entrepreneur, he launched several internet companies that led him to financial security. At his tech businesses’ peak in the 2000s, Yip says: “I was so busy making money, I didn’t think about cooking at all. Then I realised I was happy, but not content.”

He sold part of his business and semi-retired, allowing him time to rediscover cooking and shopping at Hong Kong’s wet markets. “I found it very therapeutic,” he says, and in 2009, he opened The Chairman. In Yip’s eyes, Hong Kong had many good Chinese restaurants, but they were all serving the same dishes. He longed for creativity: “Creation gives you satisfaction that can’t be replicated by making money. Food, apart from tasting good, should have an emotional connection, and I wanted to make food with that connection.” 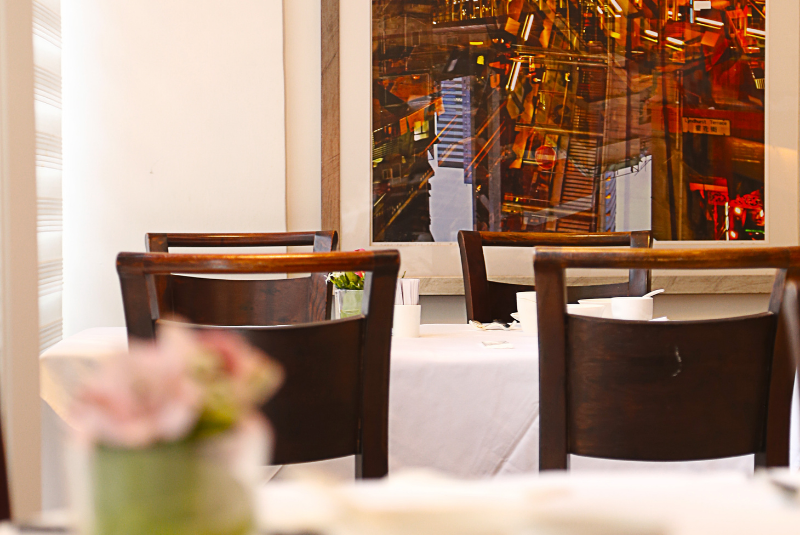 The dining room at The Chairman in Hong Kong, China

While Yip is the creative force behind The Chairman, he works hand in hand with head chef Kwok Keung Tung. Yip wanted a younger chef to head the kitchen, someone who was open to new ideas. “I talked to many chefs, and they had the skills, but didn’t understand what I wanted,” he says. Kwok had both, and has been with the restaurant since day one.

Nonetheless, it took Kwok more than five years to let go of his legacy training and fully embrace the freedom to create – and that is when Yip says the restaurant truly hit its stride. The pair came up with several signature dishes that remain on the menu today, including steamed grouper fish head in fermented chilli, congee with poached flipper lobster, geoduck and shrimp oil, and camphorwood-smoked goose.

The goose dish took nine months to develop and is the embodiment of The Chairman’s less-is-more philosophy, using just two ingredients – goose and salt – and an elaborate cooking process. First the goose is marinated in poultry stock, then salted, slowly steamed and left overnight. Next day, it is smoked with camphorwood, then deep-fried to produce an aromatic, confit-like bird with a crackle of glossy skin and tender meat beneath. Yip says it’s the creation he’s happiest with so far; an ultra-minimal dish with maximum flavour. 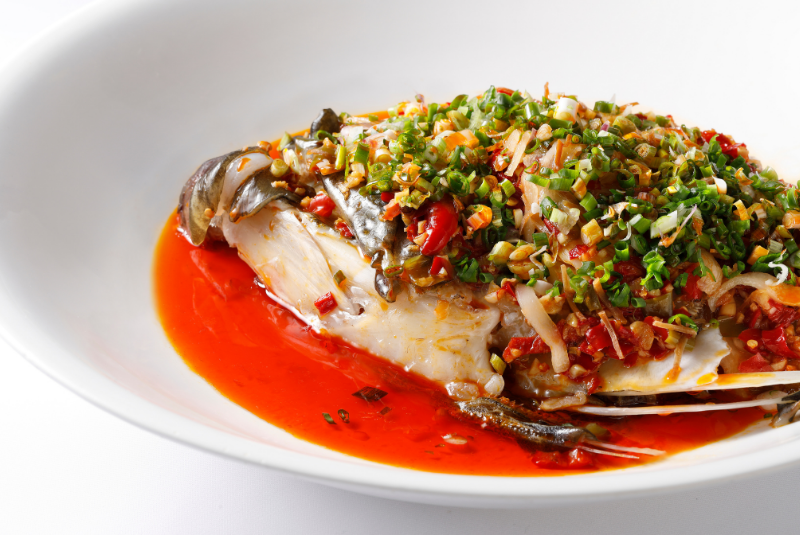 This quiet innovator stresses that although he experiments, his cooking is firmly grounded in the traditions of a cuisine that dates back more than 2,000 years, and the dishes are recognisably Cantonese and Chinese. And while he doesn’t follow recipes, he collects them.

“I learned to cook by reading recipes and have over 1,000 cookbooks,” he says. “Like painting or calligraphy, you always follow a master exactly to start, but after enough training, you’re supposed to have your own style.” To him, too many Chinese restaurants remain beholden to the master, “but you can still respect tradition and add your own thinking”.

Creativity is a process that cannot be rushed, and The Chairman introduces a maximum of five new dishes each year. Yip is in the kitchen with Kwok most days between lunch and dinner service to workshop ideas and try out dishes. “We don’t put something on the menu just because we want something new. It needs to be distinctive, and for people to go ‘wow’.” New in 2021 is clay pot rice, steamed fish with bean paste and salted lemon, and char siu made with a special cut of pork, which has earned rave reviews.

Asked what’s next, Yip envisions an evolution of The Chairman rather than radical changes. The restaurant will stop serving à la carte and offer set menus only, something most diners already opt for. Otherwise, “it’s the same old place. We don’t want to move or open a new restaurant, we just want to create and have fun. We’re content.”

Now meet the other special award winners for The World’s 50 Best Restaurants 2021, which was announced on October 5, 2021 in Antwerp, Flanders. To stay up to date with the latest news, join the community on Instagram, Facebook, Twitter and YouTube.