Frieten, fashion and Flemings – why The World’s 50 Best Restaurants 2020 will be held in Flanders

Next year’s edition of the annual gastronomic celebration returns to Europe, landing in Antwerp in Flanders, the northern region of Belgium

Food lovers, it’s time to brush up on your Flemish. The annual gastronomic fiesta of events that is The World’s 50 Best Restaurants will be hosted in Flanders in 2020, culminating in the famous awards ceremony in the fine city of Antwerp.

For those reaching for Google maps, Flanders is the northern region of Belgium, with its own language and culture. Antwerp, while Belgium’s second most populous city after Brussels, is very much the region’s – and indeed the country’s – creative hub. The city boasts a fascinating blend of history and modernity, tradition and innovation, and is renowned not only for its art and architecture, but for design, fashion, jewellery and, of course, stellar food and drink.

Likely to be staged in early June, The World’s 50 Best Restaurants 2020 programme will feature a range of culinary collaborations, thought-leadership discussions and full-on celebrations in Antwerp and the wider Flanders region, some of which will be open to the public. The 50 Best awards and unique events that surround it will coincide with the UNWTO World Forum on Food Gastronomy, taking place in Bruges. These food-focused events will see the highest-calibre chefs as well as discerning gastro-travellers from across the world converge on this corner of Europe nestled between France and the Netherlands. 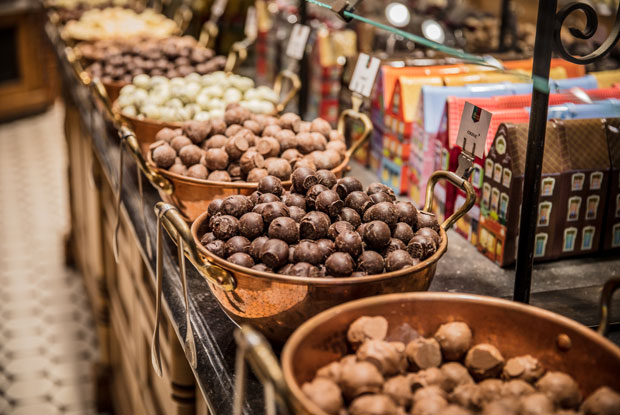 The return to Europe follows a hugely successful June 2019 edition of The World’s 50 Best Restaurants in Singapore – the first time the event has been hosted in Asia – which saw Mirazur in Menton, France, crowned The World’s Best Restaurant, sponsored by S.Pellegrino & Acqua Panna. The 50 Best organisation’s global tour of its flagship awards programme has also stopped by Bilbao, Melbourne and New York in recent years.

The gala ceremony itself will reveal the list of The World’s 50 Best Restaurants 2020, as well as a range of special awards celebrating talent, diversity, opportunity and sustainability. The awards are voted for by over 1,000 industry experts worldwide, with a 50-50 gender balance of voters.

The choice of Flanders reflects 50 Best’s desire to highlight hidden gems of gastronomy. The region houses an intense concentration of premium-level restaurants and the Flemish people are steeped in a highly discerning food culture that values quality and craftsmanship. While internationally regarded for its fine chocolatiers and beer, Flanders boasts outstanding produce from both land and sea. It also lays claim to a generation of young innovative chefs breathing new life into centuries-old traditions. 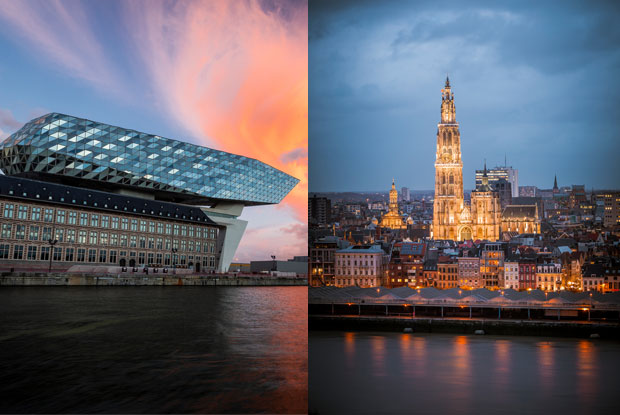 In the spirit of discovery, here are five things you (probably) didn’t know about Antwerp and Flanders…

1. Flanders is the home of frieten, Flemish for fries

As every Belgian will inform you, so-called ‘French’ fries were invented not in France, but in Belgium – and the locals do not see them as fast food, but more as a culinary art form. There’s a frietkot (literally, ‘fries shack’) on every corner, so sample the double-fried delights with mayonnaise, fritensaus (a slightly lighter, sweeter version of mayonnaise), mussels or an egg – just never ketchup. And please, don’t call them frites.

The city of Antwerp has been a global trading and travelling hub for centuries. This has imbued the city with multiple ethnic and cultural influences through history, promoting diversity and an openness to new ideas. This is evident in the 170 nationalities that help make up a total population of just half a million. 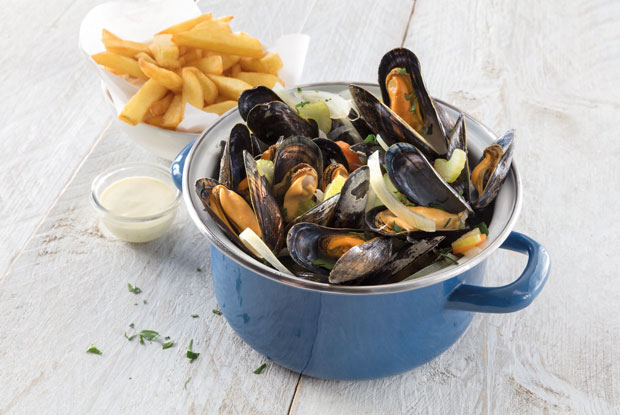 3. The city is famous in fashion circles for the ‘Antwerp Six’

What do you mean, you’ve never heard of them? In the late 1980s, a group of young avant-garde designers who had all graduated from Antwerp’s Royal Academy of Fine Arts came to catwalk prominence, including Dries Van Noten, Ann Demeulemeester and Dirk Bikkembergs. They were followed by another highly acclaimed Belgian: Martin Margiela. The Academy’s reputation for shaping creative thinkers remains as strong as ever, and the city’s love of edgy design is evident to visitors, manifested in the self-styled motto: ‘atypical Antwerp.’

4. Kruisem restaurant Hof van Cleve has been voted in 14 editions of the 50 Best lists

Peter Goossens, whose Hof van Cleve ranks at No.43 in The World’s 50 Best Restaurants 2019, has been running his kitchen in Kruisem for over 30 years. His extraordinary restaurant, set in rural East Flanders, first appeared on the 50 Best list in 2006 and Goossens’ longevity at the top of the gastronomic game is matched only by he and his wife Lieve’s infectious enthusiasm. Two other restaurants from the region – Nick Bril’s The Jane in Antwerp and Kobe Desramault’s Chambre Séparée in Ghent – also feature on extended 50 Best list.

5. The people of Flanders speak Flemish...

...not French or Dutch. Granted, its looks like Dutch when it’s written down, but it sounds totally different. They are also known as Flemings. So now you know.

Now watch the highlights from The World's 50 Best Restaurants 2019 event programme in Singapore: