Central, the three-time No.1 restaurant in Latin America, achieved a record score in this year’s sustainability audit at Latin America's 50 Best Restaurants, bagging the associated prize in the process. Chef-owner Virgilio Martínez catches up with 50 Best to discuss the ideology behind the restaurant that is setting the global pace for environmental practice

For some restaurants, ‘sustainability’ is a buzzword. For others, it is simply a way to manage waste, reduce costs and minimise a carbon footprint. For a small proportion, such as Virgilio Martínez’s Central, it is at the very core of their existence. At Latin America’s 50 Best Restaurants 2019, sponsored by S.Pellegrino & Acqua Panna, Martínez’s Lima flagship achieved a sustainability rating of 98% as part of the audit completed by 50 Best’s sustainability partner, Food Made Good Global. No restaurant has received a higher score in any of the 50 Best lists.

“It is great that we have achieved such an award,” says Martínez. “It makes us feel we are getting results after so much sustained hard work.” Central’s intense focus on sustainability has influenced a number of root and branch changes that Martínez alludes to. To streamline its processes, it moved the entire operation from one side of Lima to the other, from a 380sq m site to a mammoth 1,900sq m multi-operational headquarters. 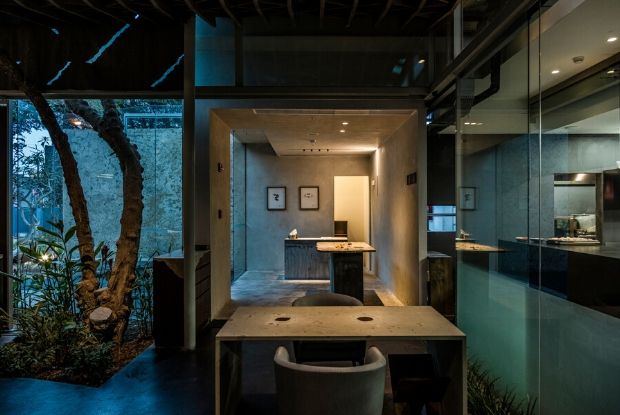 Inside the new-look Central

The building also houses Kjolle – the restaurant headed Martínez’s wife, Pía León, which picked up the Highest New Entry Award at Latin America’s 50 Best – cocktail bar Mayo and Mater Iniciativa, the research facility that influences the direction the wider business takes. “We wanted to have more area to work, to be more connected and work more closely together. We want to create projects in other arts aside from gastronomy – we see gastronomy as a vehicle to push important messages and to cause big, positive change,” he says.

It’s the way that Central blends research, sustainability and biodiversity that defines its 360-degree approach. “The sustainability of a restaurant means a world of things,” explains Martínez. “This is Latin America and the difficulties we encounter are very particular. However once you start making things move forward it’s extremely rewarding as others will follow.”

Indeed, Martínez is leading from the front. In basic terms, all the ingredients used in the restaurant come from Peru. From the ocean to the Andes, his menus represent the many ecosystems at play across Peru’s wildly diverse topography and feature ingredients that chefs are only just beginning to understand. “We constantly say that in an ecosystem we should be responsible for our own function and for maintaining the harmony of the entire system as a whole.”

Recycling, composting and closing the loop of waste ingredients is just the start at Central. Martínez and his team approach sustainability on an almost philosophical level. “Being aware of the resources we use as a restaurant and the actions we must take to produce less waste makes us constantly re-evaluate every layer of our processes,” says the chef. “Our restaurant Mil in Cusco has been fundamental here. We gained a lot of knowledge about reality in the Andes, as a representation of how things are happening and how producers, artisans and gatherers handle challenges to make their products available. It has been – and still will be – at the heart of our agenda of things to make better as long as they are in our hands.”

The restaurant’s deep thinking on sustainability is ever evolving as the team explores new ways to extrapolate its findings beyond the restaurant’s walls. “Working as a community, we try to make our role as relevant and transcendent as possible,” suggests Martínez. “We talk a lot about the importance of teamwork. It was our decision not to wait in Lima for new products and information to arrive; rather get out of our comfort zone and explore for ourselves how hard or easy it is for an ingredient to arrive at our kitchen. It was this thought process that conceived Mater In[ciativa] to learn more about products in Peru. This concept of mixing disciplines has taken us so much further.” 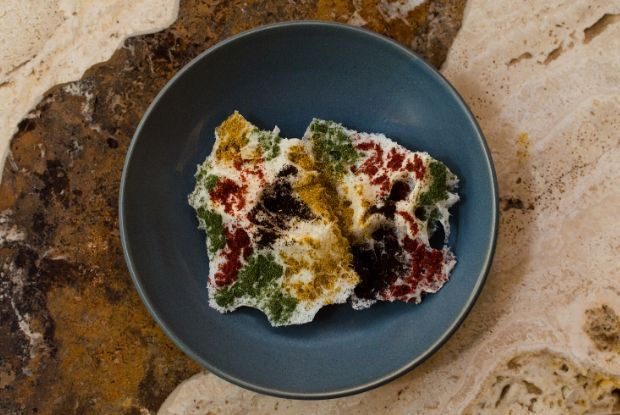 Ecosistemas de Costa from the menu at Central

The work of Mater Iniciativa, which is managed by Martínez’s sister Malena, is fundamental to the Central business. It began when Virgilio asked Malena for help collecting new Peruvian products and evolved into a full-scale research project that runs trips to different parts of Peru. With labs at the Lima and Cusco sites, Mater also educates diners on unusual products such as wild roots and flowers, or plants that are used for dyes and medicines as well as in food. It also oversees its own non-profit organisation that benefits local communities by teaching them techniques that will allow them to access a higher income.

For his future menus, Martínez is focussing on traceability that extends beyond where an ingredient is grown. “Whether a product comes from the coast, sea, north, Central Andes, Altiplano, Northern Amazon, Forest of Tambopata, the Amazonia or the valleys, we have decided we need to know everything when it comes to nature, social ecosystems and accessibility. Once an ingredient is picked, imagine there is still an eight-hour boat trip from a supplier to make it available at market. From there, it might be sold by the sack buy a trader who can only carry as much weight as his or her body can handle. If we don’t see all these details, there is no way we can talk about fair trade or balance, without considering the resources implicated in the process.”

“We Latin Americans can be a community that overcome immense challenges and make collective efforts to work towards common objectives for the world to benefit,” he says. “We all want to be sustainably fair, authentic, interesting, innovative. And, together, we most certainly can.”