Head bartender Keith Motsi has overseen Charles H winning the title of The Best Bar in Korea, sponsored by Mancino Vermouth, in his first full year in charge. 50 Best catches up with Motsi to learn how his bar fits into the Korean drinking scene and why he thinks we’ll be seeing a lot more Seoul-based hostelries on international lists in the years to come

The South Korean capital of Seoul is fast garnering a reputation as home to one of the world’s rising-star cocktail cultures. This year’s Asia’s 50 Best Bars list, sponsored by Perrier, saw a record four bars from Seoul make the ranking, led by the inimitable Charles H, which is set in the city’s Four Seasons Hotel. As the highest-ranked bar in the country, it picks up the title of The Best Bar in Korea, sponsored by Mancino Vermouth, for the third consecutive year.

Alcohol is a fixture in South Korean society. A culture that aligns drinking with ceremony and celebration, Korea has been producing its own styles of distilled beverages since 900AD during the rise of the Koryo Dynasty. Today, a strong culture of after-work drinks and business celebrations pervades, often focussed on idiosyncratic drinks found only within the country’s borders.

Unique styles such as makgeolli – a milky white, slightly sour liquid distilled from rice – and dongdongju, brewed to celebrate the annual pear harvest, are two styles of light spirit that form the basis of celebration. Soju – the most renowned indigenous drink of Korea – comes as a colourless sweet spirit similar to vodka and is starting to pop up in bars all over the globe. Fruit-based wines are also gathering international traction thanks to how well they can incorporate sweetness into cocktails. Keith Motsi, head bartender at Charles H, has taken the time to educate and immerse himself in all the above since joining the bar 18 months ago. 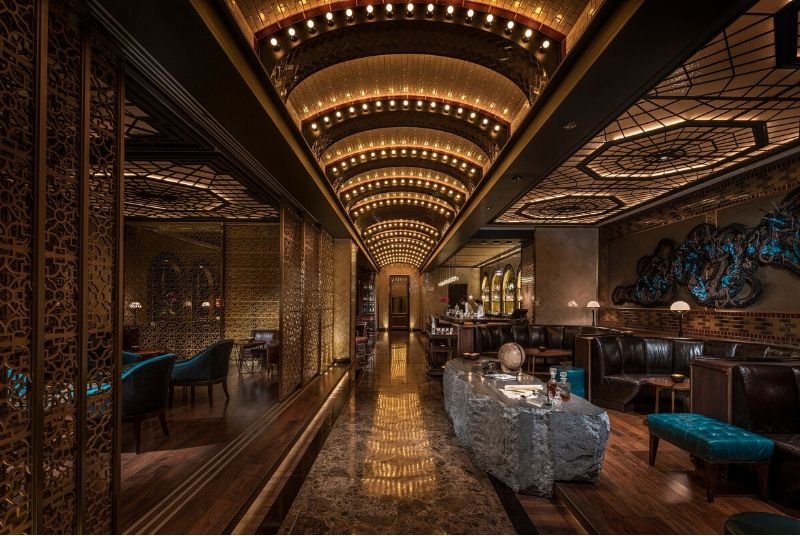 “It has been great getting to know Korean spirits,” says Motsi. “Lots of the cocktails we are now designing look to make use of some of our local alcohol here to create some really fresh expressions. When I took the job, I didn’t realise quite how well-educated the locals would be when it came to mixed drinks and alcohol on the whole.

“Koreans have always been keen drinkers, but what we are seeing now is the younger generation becoming increasingly well-travelled. They’re going out into the world and exploring how other cultures drink and are looking for an experience that combines what they have tasted on their travels with the spirits and styles of drinking they have grown up with.”

Until the recent pandemic, global tourism to South Korea was on the rise. Three Seoul-based restaurants made the list of Asia’s 50 Best Restaurants 2020, while the South Korean tourism body recorded an 18% year-on-year increase in in-bound travellers between January 2019 and January 2020. “Bars such as ours being on the list helps give the country a bit of exposure,” explains Motsi. “There’s quite a lot of limelight on Korea, but we are still a very small market when compared to Hong Kong, Singapore and Bali. This certainly does appear to be changing, though.”

Motsi took the reins at Charles H from Lorenzo Antinori, who had presided over the bar’s two previous best-in-country wins. “I was hugely honoured and humbled to win this year’s Best Bar in Korea, sponsored by Mancino. To win it for the third year in a row is credit to my team and all of the hours that we put in,” says Motsi. “Since I have joined, I have just tried to add to its natural progression, while trying to impart a little bit of my personality. I learnt a hell of a lot from my team, who are already hugely knowledgeable, particularly about the local spirits. I’ve really enjoyed them teaching me about their favourite drinks that they have grown up with.”

To what does Motsi attribute Charles H’s continued success? “It’s the hospitality we offer, I think,” he confirms. “The experience here is special, no matter where you have drunk in the world. Sure, we are surrounded by five-star luxury, but it comes with an element of fun. Standards in Korea have always been very high and beer and soju are still the top things that people want to drink, but more of the locals are beginning to appreciate cocktail culture and where Korean alcohols can fit in. We intend to keep progressing up the Asia’s 50 Best Bars list and introducing more people to the brilliant drinking culture we have in Korea.”

Bienvenidos a Miami
While Korea was in a period of intensive social distancing (the country did not impose a strict lockdown), Motsi chose to launch a new menu the team called ‘Miami’. With a view to give his regulars something to look forward to when they could head out into bars again, the team designed six new drinks to complement the already extensive menu. Here are Motsi’s top three serves from the new list. 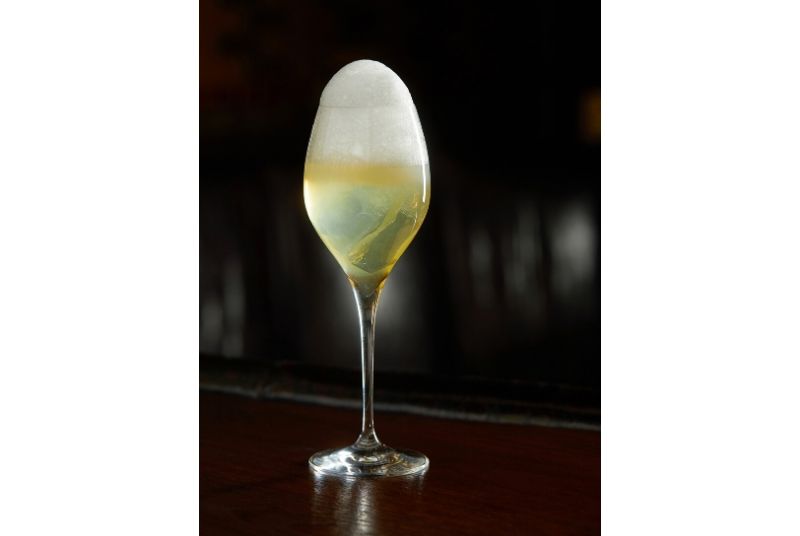 These are flavours that we feel are the essence of Miami. The ingredients and tastes combine to create a homage to Miami’s tropical climate and a riff on the Korean classic, the June Bug. It’s exotic, flamboyant, complex and full of joy and vigour. A drink to lighten the mood and tingle the palate. 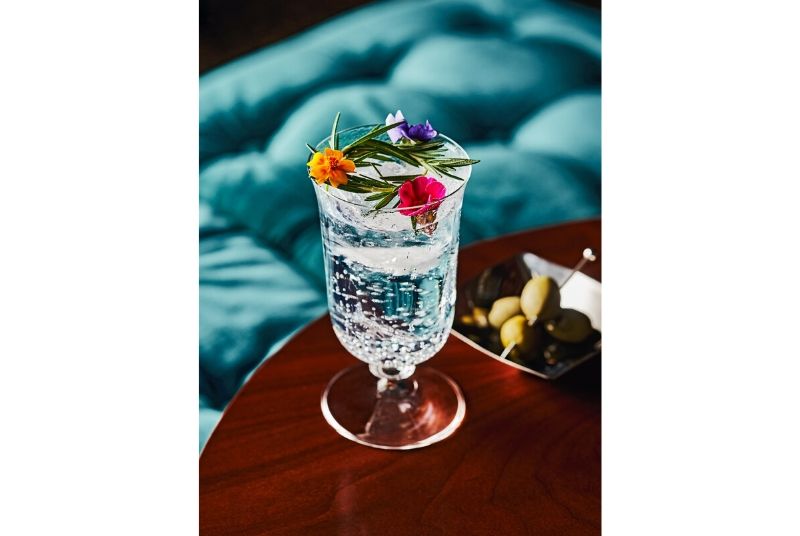 Like Ms Kahlo herself, this drink is elegant and sophisticated. It comes together in harmony, using the clarification process to make the liquid crystal clear. It shows our use of new techniques combined with old classics. 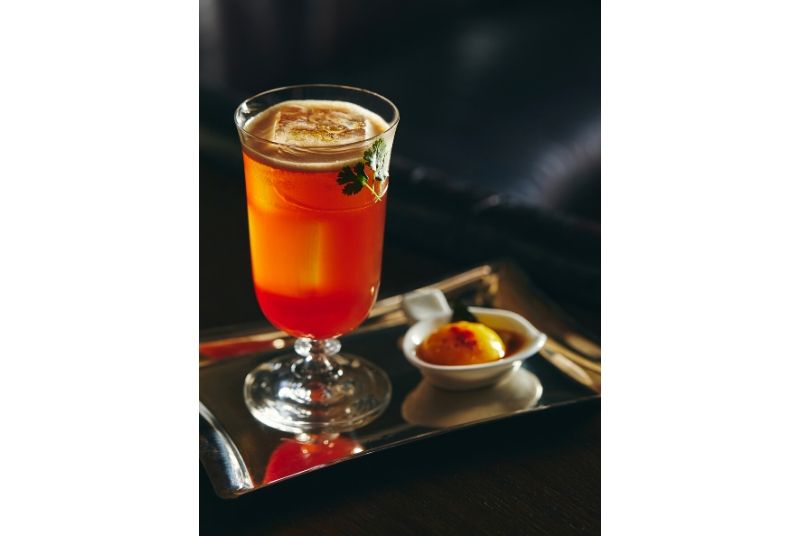 This one is from our dear friend Valentino Longo based in Le Sirenuse, Four Seasons Surf Club. It’s a celebration of al fresco living and we’ve given it the Charles H touch by pairing it with a Prairie Oyster – bitter, complex and goddamn delicious.