Fauna, winner of the Miele One To Watch Award for Latin America’s 50 Best Restaurants, is the perfect antidote to 2020

Global travel, dining out and spending time with extended family and friends are just three of the things we’ve seen curtailed this year but, fortunately, Fauna in Mexico’s stunning Valle de Guadalupe wine region has all the ingredients to restore those lost pleasures. Located within the luxury Bruma boutique hotel and winery, Fauna is run by head chef David Castro Hussong, whose family owns the iconic Hussong's Cantina in Ensenada, and pastry chef Maribel Aldaco Silva. With their sharing plates, communal dining tables and a menu focused on the treasures of Baja California, the husband-and-wife team say their main goal is for customers to “have a blast”. Here are nine reasons to visit.

1. It’s located in one of the most beautiful spots on earth

Still relatively off the beaten track, Valle de Guadalupe is becoming one of Mexico’s must-visit destinations, thanks to a recent boom in the local wine industry and the birth of some unique dining options. At the heart of the Bruma property is a striking, 300-year-old oak tree, which architect Alejandro D’Acosta used as the centrepiece of the development. “In Valle de Guadalupe, there is a belief that old trees are part of the gods and they feed us energy, so it was important to keep the tree,” says Castro. “It’s a temple to the wine.” The restaurant itself is decorated with art by Castro’s mother, the renowned artist Elena Hussong. 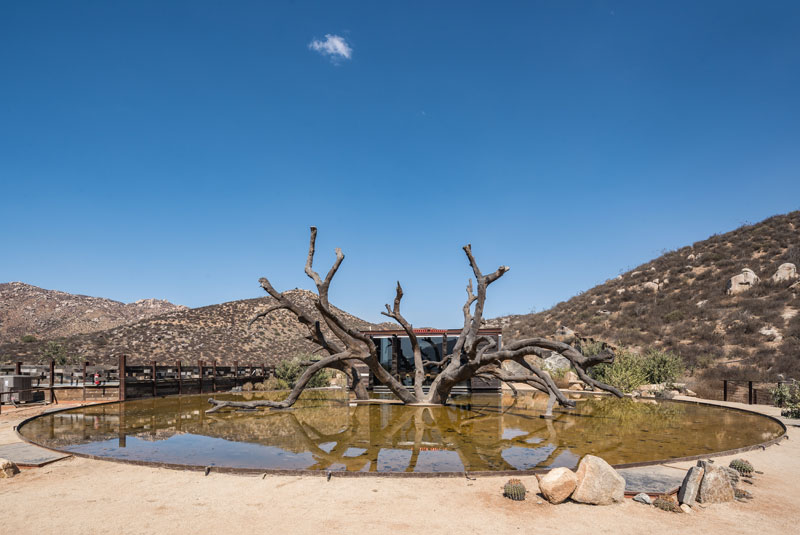 2. There are no rules to Baja Californian cuisine

While Oaxaca has mole sauces and the Yucatán has recado pastes, Baja California state is so young that it lacks the ancestral food traditions of its neighbours. Officially becoming Mexico’s 29th state in 1952, the northern part of the peninsula below California has a mix of Chinese, Japanese and European influences. For Castro and Aldaco, who have German and Basque heritage respectively, this plays to their advantage. “Baja’s gastronomy is a reflection of this migration,” says Castro, who recently wrote The Baja California Cookbook. “There are no established rules and nobody will tell you what you should or shouldn’t do. We’re creating Baja cuisine right now and it’s beautiful to be part of that.”

3. The couple behind it have a magical dynamic

At just 30 years old, Aldaco and Castro have been together almost half their lives, having travelled the world in their twenties and worked together at places including Blue Hill at Stone Barns near New York. Castro says the secret to the success of their relationship, both personally and professionally, is their differences. “We met in school – I dropped out, she finished. She was well behaved, I’m a mess. She’s very professional, I’m not. She doesn’t talk a lot but when she does, she makes a lot of sense. I talk a lot, but I don’t always make sense. All that has kept us together.” Castro and Aldaco had their first child, Camila, during the coronavirus lockdown. 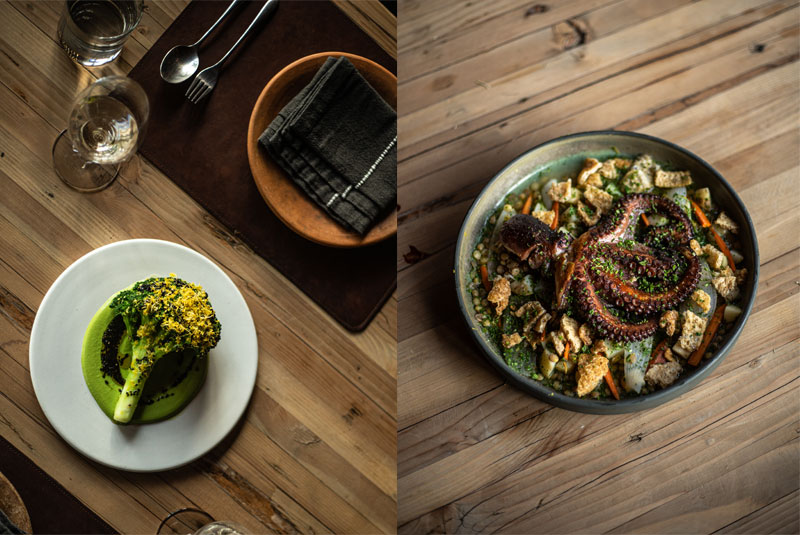 4. You’ll leave with more friends than when you arrived

After a year that has deprived us of human interaction, Fauna offers the solution, with most guests seated at one long wooden table that runs from the inside to the outside of the restaurant. All plates are for sharing and customers are encouraged to have fun with the people on either side of them. “We’re living in a time when everything is done through phones and computers, so we really want people to engage and talk and have a good excuse to pass the tortillas around,” Castro says. “People stay for three or four hours but they’re not eating the whole time – they’re having a blast.”

5. There are no frills or fancy accompaniments

With no official rulebook, Castro and Aldaco rely on the foods and flavours of their childhood to inform their menu of sharing plates. There is an à la carte option, but most parties choose the 20-course Feast tasting menu, or the shorter-length Fauna, where each course is centred around one ingredient. “The idea is to showcase a single product, like broccoli,” says Castro. “It’s doesn’t have lots of things with it – it’s just an amazing broccoli, served with broccoli purée, sesame and chiltepin, a chilli from Sonora.” 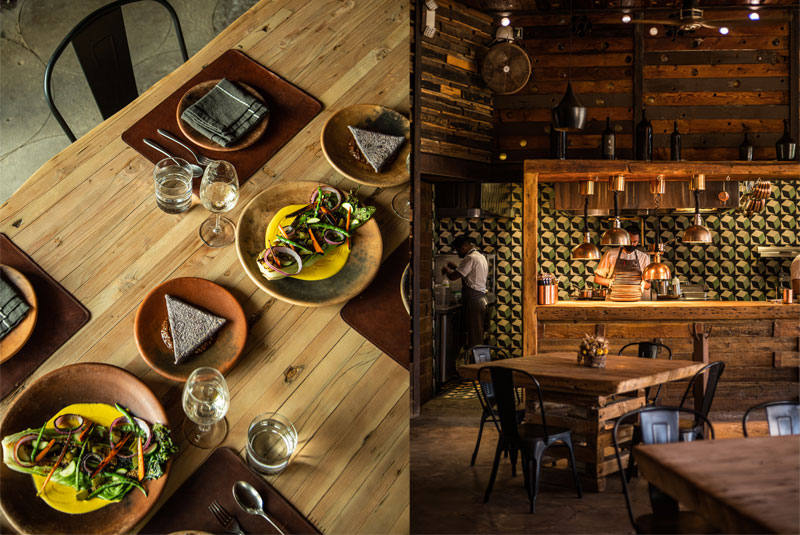 When renowned winemaker Hugo D’Acosta first introduced Castro to Bruma, the chef was just 24 years old and living happily in San Francisco. He and Aldaco were working at acclaimed SF restaurants Cala and Quince respectively, and neither was ready to leave the US. “But when I saw the place, even though it was still being built, I just fell in love,” he says. Aldaco was harder to persuade, but soon the site worked its magic on her too. “When I saw the place, I understood why he fell in love with it,” she says. “I didn’t want to move back but now it’s been three and a half years and I wouldn’t change it for anything. It’s been a life changer in a very good way.”

7. You won’t find mango on the menu

While Baja California has an abundance of seafood and vegetables, its climate and local laws mean that fruits such as mango – a Mexican staple – are practically non-existent here. In the absence of tropical fruit, Aldaco uses figs, dates, berries and corn in her desserts, as well as Fauna’s own honey. “We have to be creative, so I play with textures and use flavours inspired by my childhood,” she says. Her signature dessert is a honey semifreddo with milk ice cream, crunchy blue corn flakes and a honey caramel brittle. 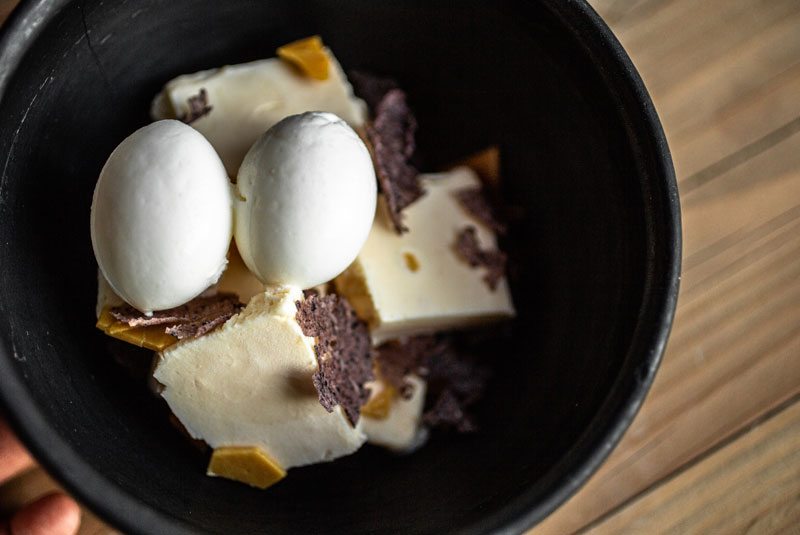 8. Social distancing won’t be an issue

While Fauna has implemented all the usual hygiene measures, such as temperature checks and hand sanitisers, the nature of its layout means it was practically designed for post-pandemic dining. Half of the restaurant is outdoors in the fresh air, while the 14m-long table allows for plenty of space between parties, and its width is just right for social distancing.

9. You can wine and dine with a clear conscience

While most of the ingredients currently come from two organic farms within 20 minutes of the restaurant, Castro, whose father was a farmer, is working on sourcing 80% of produce from Fauna’s own garden by 2022. By the end of 2020, Bruma and Fauna will be fully solar powered, with a water treatment plant recycling water from the hotel and restaurant for the winery. In the longer term, there are plans to turn the winery and garden biodynamic.


Fauna’s Miele One To Watch Award will be celebrated at a virtual awards ceremony to announce the eighth edition of Latin America’s 50 Best Restaurants, sponsored by S.Pellegrino & Acqua Panna, on Thursday, 3rd December. To stay up to date with the latest news, follow us on Facebook, Instagram, Twitter and YouTube.