To be Frank: The World’s Best Pastry Chef’s alternative road to success

René Frank is changing the pastry game. At his dessert restaurant in Berlin, he venerates the vegetable and champions home-made chocolate. The winner of The World’s Best Pastry Chef Award, sponsored by Sosa, speaks to 50 Best about his globe-trotting culinary career and what to expect as a diner at Coda

René Frank has never been one for convention. Recently named winner of The World’s Best Pastry Chef Award 2022, sponsored by Sosa, the German favours caviar and cabbage over Chantilly cream and salted caramel in his dessert creations.

Hailing from the more conservative southern part of Germany, Frank discovered at a young age that he could express himself through cooking. After cutting his teeth in world-class kitchens around Europe and Asia, he knew that the German capital would prove the perfect place to showcase his culinary eccentricity and flair. 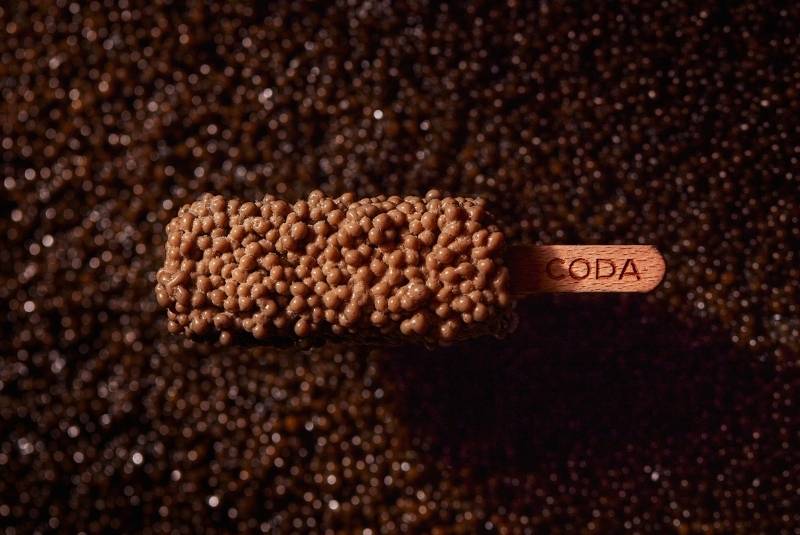 Coda, Frank’s dessert-led restaurant in Berlin’s Neukölln neighbourhood, opened six years ago. “I always knew that Coda had to be in Berlin, because it is a city about diversity and open-mindedness,” he says. It proved a rapid success and diners now flock to the two-Michelin-starred 20-seater to sample the chef’s signature Caviar Popsicle with artichoke and vanilla ice cream, covered in Oscietra caviar, his cheesecake with coffee and celery or parsley root ice cream with black garlic.

While his flavour combinations might be wild, Frank’s menu is carefully honed. Coda offers five- and seven-course tasting menus, complete with pre-dinner snacks and drinks pairing. “I like having the seven courses because the dishes aren’t too small, and the guest can have proper bites,” says Frank.

Always looking to stay at the top of his game, Frank regularly reviews his creations and asks himself whether he can find a better product, use a new technique or make a dish more efficiently.

“Every year we look at our menu and think how we can make it better. I’m a big fan of having signature dishes, but I always revise them. Sometimes, I take inspiration from a dish that I created 15 years ago.” Current dishes include a carrot and yoghurt mousse, cirone cheesecake, and a raclette waffle with kimchi.

Frank’s career in pastry and fine dining spans more than a decade and multiple continents. After completing his training at the Centre de Formation d’Alain Ducasse in Paris and the Culinary Institute of America in New York, he worked behind the pass at the inimitable Nihonryori RyuGin in Tokyo.

“While I was working in Tokyo, I learnt a lot about what’s important on the menu. Sometimes in Japan, you only eat a few dishes, but it’s more about the texture and the depth of taste,” says Frank.

Fresh with newfound knowledge and eager to delight diners in Europe, Frank took on the Head Pastry Chef role at the renowned La Vie in Osnabrück, Germany (which closed its doors permanently in 2018). Here, he was confronted with a new challenge.

“A European-style menu has so much more mass than in Japan,” he observes. “By the time the dessert is served, you’ve normally eaten snacks, main dishes – and if you were hungry before you arrived, you might also have gone through two bread baskets!

“There’s nothing worse than a guest saying they’re too full or putting the dessert into a take-away box, only to find that it’s destroyed on the journey home.” It became Frank’s mission to encourage guests to appreciate the final courses in all their glory.

In order to achieve this, the pastry chef began to look at the pace of La Vie’s menu. “I realised that if a meal already contains a lot of umami-rich dishes, such as meat, butter and cream, then maybe the dessert shouldn’t contain any dairy at all,” he says.

“I really loved challenging myself to create dairy-free dishes. It makes sense when you look at the whole menu, and for me, it’s important that the dessert is seen to have the same value as the rest of the courses.” 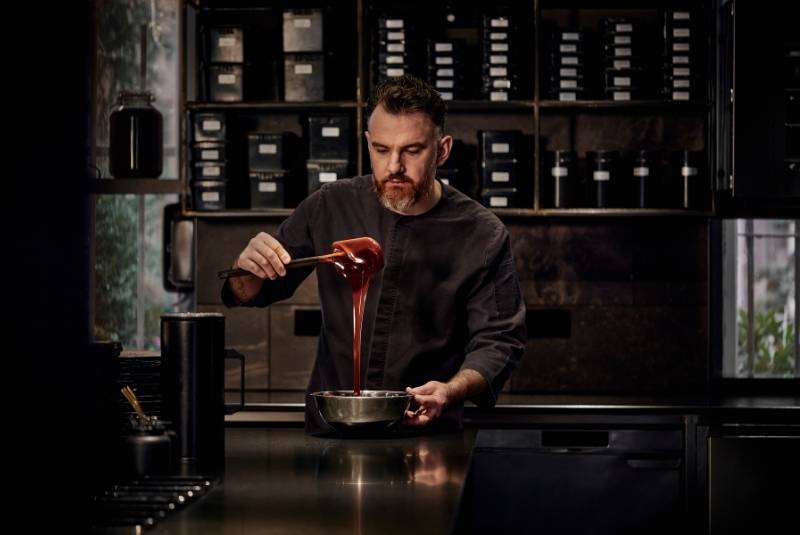 Frank’s holistic approach to dining and deep consideration of ingredients has accorded his food great balance. At Coda, each course stars one or two main ingredients. “When I conceptualise a dish, I mostly start with a piece of fruit or a vegetable, such as a tomato or plum – it depends on what’s available,” he explains.

By hero-ing one element, such as rhubarb, grilled apple or grapefruit, Frank explores complex textures and delves deeply into flavour. “I always think if you have a dish, it shouldn't be all cream and purée where you can’t see the fruits at all. The fruit needs to be present on the plate – where you can see it, feel it and taste the texture of it,” he says.

Besides the multi-sensory journey that awaits on the tines of a fork, Frank also takes his diners on a virtual trip around the German countryside.

“In Berlin, we have a great network of local farms. We get all our fruit and vegetables from producers in Brandenburg, amazing sweet potatoes grow almost outside our front door and the restaurant’s dairy comes from a farm outside the city.”

Locality and authenticity are at the forefront of Frank’s culinary philosophy. Working to a ‘bean to bar’ concept, he ensures that all Coda’s chocolate is made by hand each day, no tropical products are imported, and refined sugar and artificial flavours are eschewed from the menu. “We also make our own milk powder by dehydrating cottage cheese to make milk chocolate,” he adds. 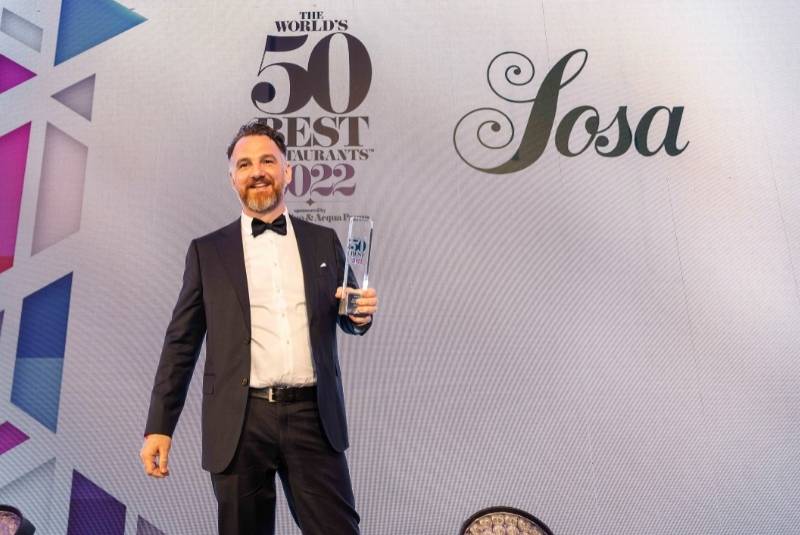 Not only does The World’s Best Pastry Chef care about the journey of his produce, but also quality of each and every berry. Having grown up into a family of millers and home bakers, the dinner table conversation often revolved around food.

“I grew up in the countryside where we had direct access to all kinds of fruit and vegetables. I would spend the afternoons picking and eating berries in our big garden, while waiting for my father to come home,” he reminisces.

“Now, when I see a raspberry or a cherry, I remember the taste of them from my childhood. These flavours have become a benchmark.” In tribute to his early memories, all Coda’s berries appear in entirely natural form: “It has helped me to respect the produce and I want to keep putting it into focus.”

Reflecting on the importance of The World’s Best Pastry Chef Award, sponsored by Sosa, which was presented to chef on stage in London by renowned dessert genius Jordi Roca, Frank says: “I’m a person that always wants to do things differently. I’m very grateful to receive the award and proud to be recognised internationally for the work we do here at Coda, especially because I decided to go a different way.”