This week, The World’s 50 Best Bars raised a glass (or two) for its 10th Anniversary, celebrating with a special event in New York presented by elit™ Vodka. A one-off edition of #50BestTalks featuring visionary presentations by the world’s best bartenders was followed by a memorable after-party at Guastavino’s.

Catch up on the best moments from the events with these photo highlights. 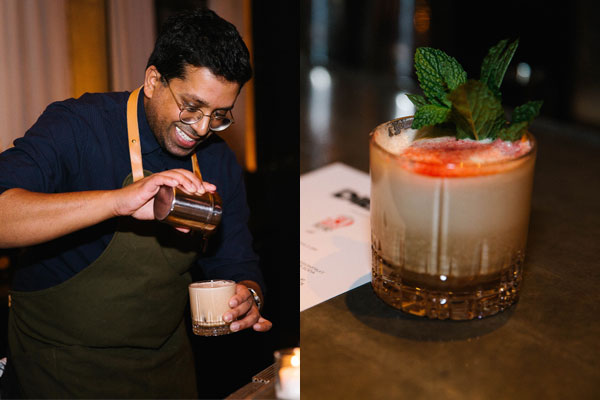 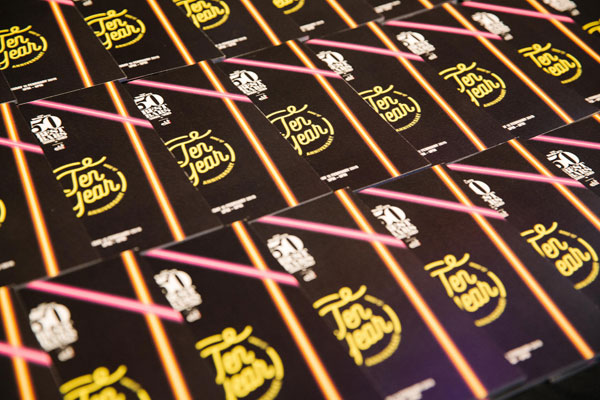 Such a landmark occasion deserves a landmark event: a special edition of the #50BestTalks thought-leadership forum featuring bartenders from all the bars that topped the annual ranking of The World’s 50 Best Bars over its history. The six speakers looked back to 2009 and projected forward 10 years hence to better understand current trends and to celebrate the best in the bar industry. 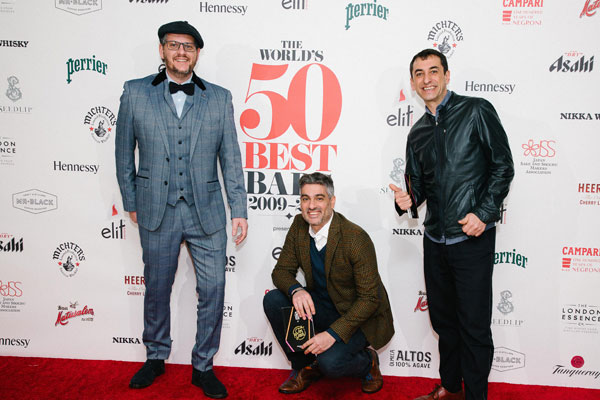 The team from Salmon Guru in Madrid, Spain, a new entry into The World’s 50 Best Bars list in 2018, arrives at the 10th Anniversary event. 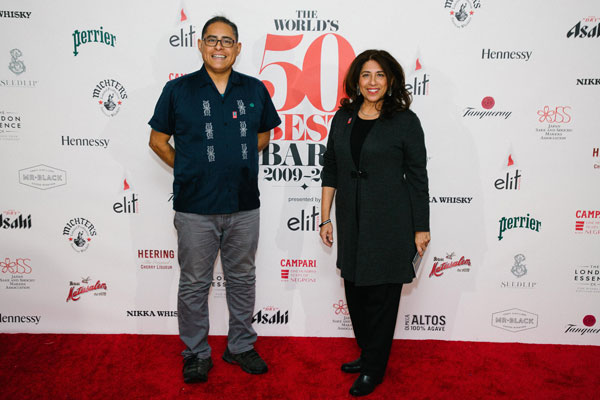 Julio Bermejo, who won the Industry Icon award at The World’s 50 Best Bars 2017, made sure he didn’t miss the celebrations, accompanied by his sister Elmy Bermejo. Bermejo’s bar, Tommy’s in San Francisco, is the city’s most iconic tequila bar. 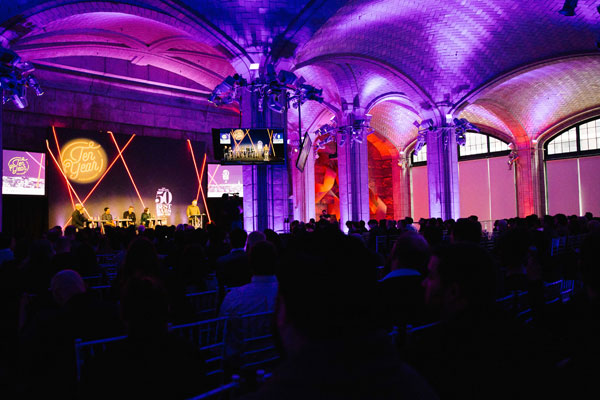 Guastavino’s in Manhattan was home to the special 10th Anniversary edition of #50BestTalks and the cocktail party, featuring music and entertainment for the 250-plus bartenders, media and VIPs in attendance at the event. 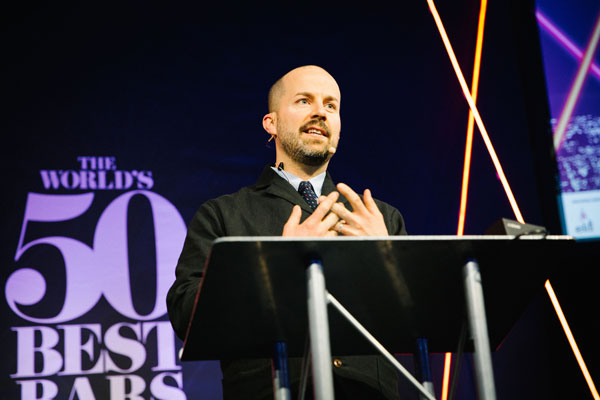 “I hope we’ll continue to epitomise the values of our industry I’m most proud of: hospitality, generosity, hard work, ingenuity, comradery; and some new ones I’m excited to see more of: social progress, environmental consciousness and political action,” said Jim Meehan of PDT in New York. 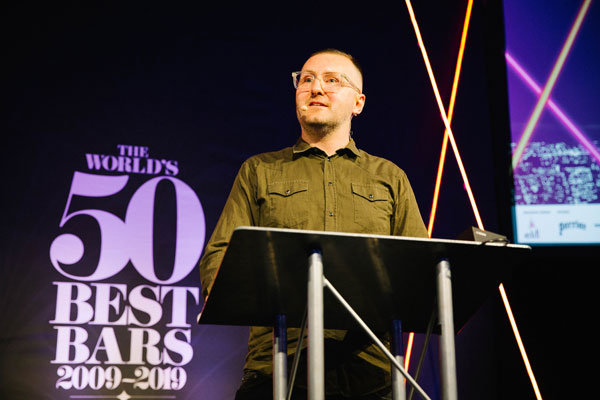 “I suggest we give bartenders the information that will make them start to think,” said ex-Artesian head bartender Alex Kratena, who is soon to open his new venue Tayēr + Elementary in London. “We need to tell the young bartenders the why. We’ve been telling them for a very long time the what and how, but we need to show them the inner workings, why we do what we do.” 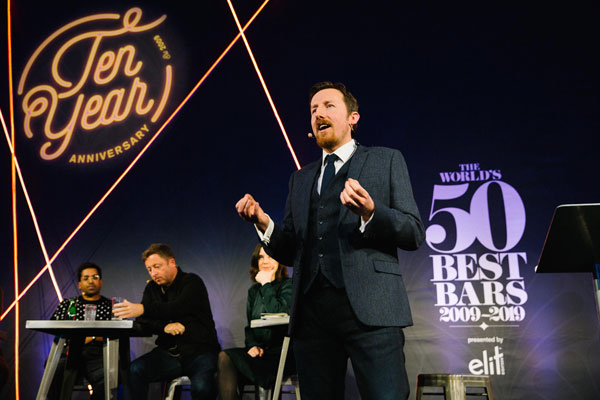 The renowned Bar Director of American Bar at the Savoy spoke about drawing in the customer, saying: “Engagement for me relates to menus. This is your opportunity to bring storytelling and engagement to the guest. Let’s remember about classics – the reason they are classics is because they’ve got a story behind them too. You do not get a lot of time with the guest, so maybe try turning the guest into the story teller.” 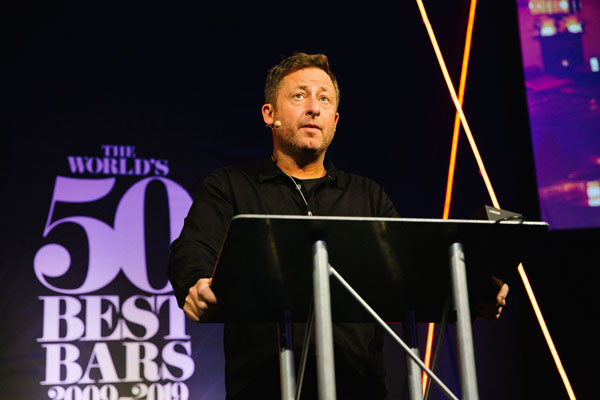 “Too many bars and bartenders are neglecting the classics in favours of serving only their own creations. I think it’s self-absorbed, which is the opposite of hospitality. There needs to be more balance in what bartenders are doing, let’s spend more time working on how to serve a spectacular classic every time, as well as all the new stuff,” said Jonathan Downey, the founder of Milk & Honey bar in London. 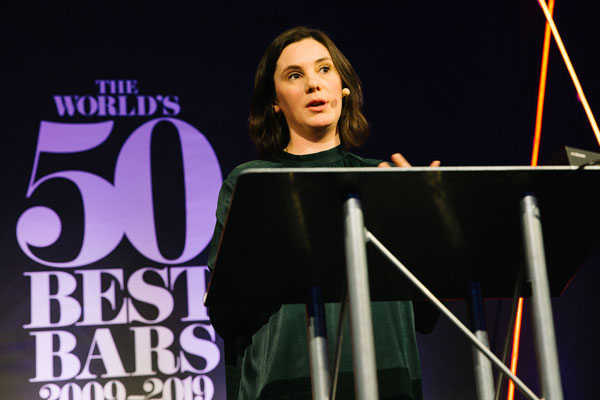 “Balance in a bar is not just about the drinks,” said Jillian Vose, Beverage Director at New York’s The Dead Rabbit. “The balance in the bar makes or breaks the guest experience as a whole. The music, the lighting, the volume in the room, the cleanliness of the bathrooms, the cleanliness of the bartenders uniforms, how friendly they are, how people are welcomed, everything makes that balance.” 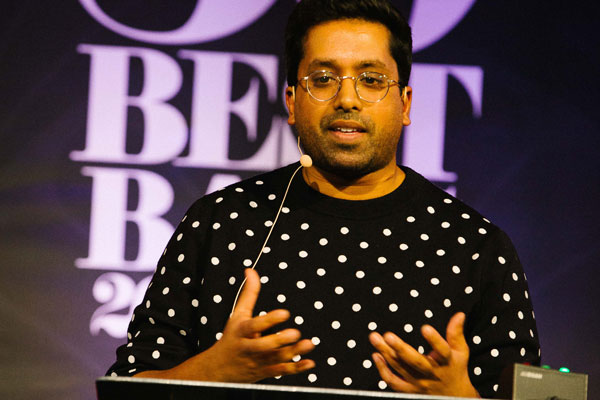 Bartender and disruptor Ryan Chetiyawardana of Dandelyan (soon to be Lyaness) in London explored ideas around ‘creative sustainability’. “We don’t need to lose the wonderful things that we have,” he said. “At the heart of it, our industry is about making people happy, bringing people together and the wonderful ways food and drinks help them have a great time. But that doesn’t mean it can’t coexist with the idea of us doing things in a way that is conscientious. Trying to shake up these definitions is the way that we’re going to build this into a more balanced future.” 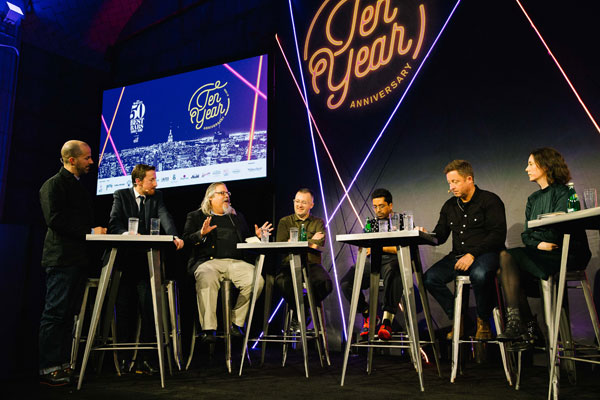 Following the individual presentations, renowned drinks writer Dave Wondrich stepped onto the stage to moderate a panel discussion that took in topics such as empowerment in the workplace, dedication to good service, low and no-waste bar projects and diversity in the drinks industry. 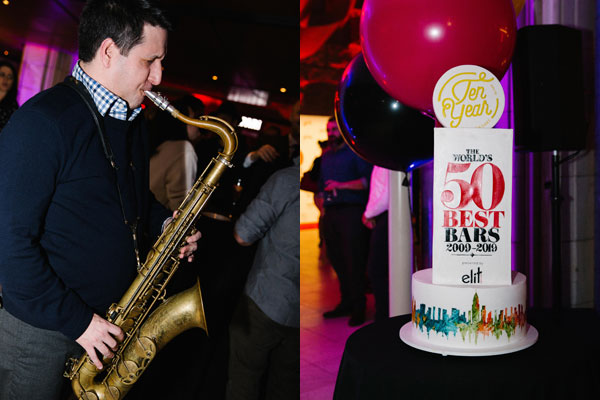 Following the #50BestTalks, guests were surprised with a birthday cake featuring the New York skyline to celebrate the 10th birthday of The World’s 50 Best Bars, accompanied by a brass band for live entertainment. 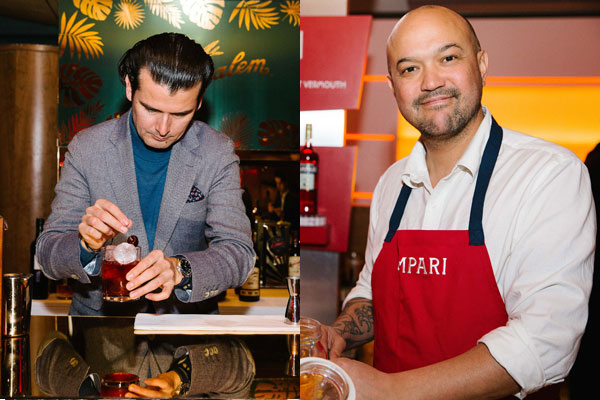 Erik Lorincz (above, left) and Naren Young (above, right) were among the world-class bartenders shaking unique drinks for the guests, including Cuba Libre Royales with Matusalem and Campari Negronis. 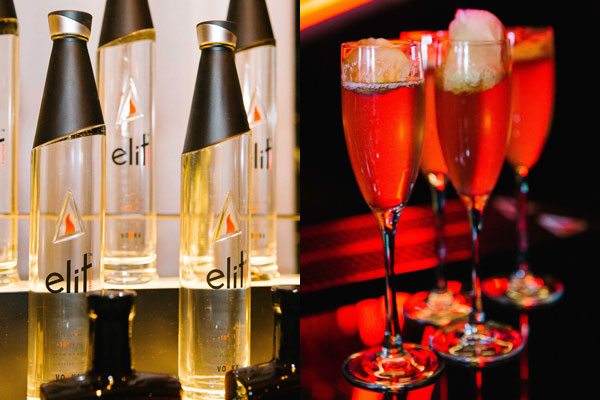