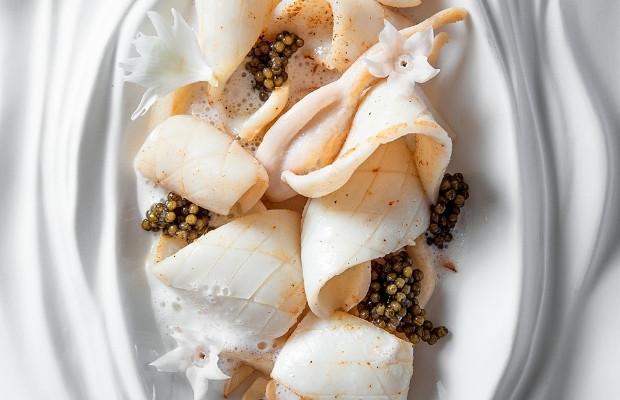 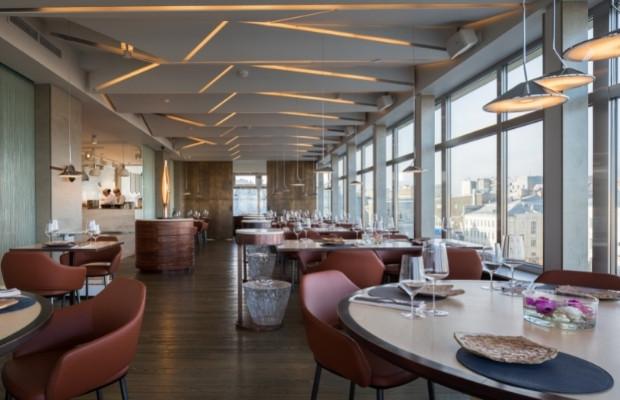 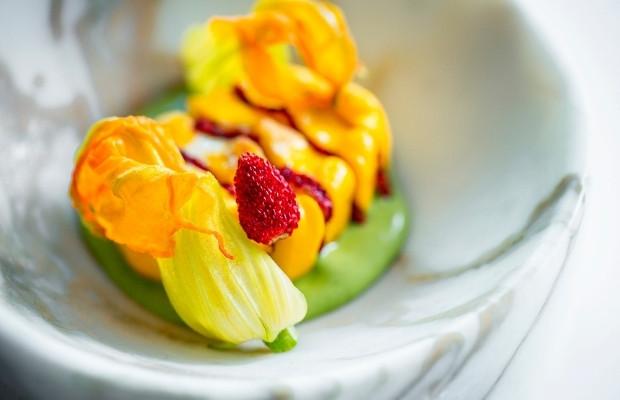 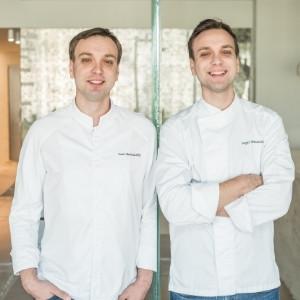 What’s the concept: After the success of their original restaurant Twins, identical brothers Ivan and Sergey Berezutskiy had a bigger dream: to be able to supply their own produce. Their farm outside Moscow now turns out 70% of the ingredients used at Twins Garden, and leftovers are sent back to feed the animals, making this an almost zero-waste operation.

About the menu: Two different degustation options served at the chefs’ table include the vegetable-only Garden menu, and the more varied Twins tasting. Both rely heavily on produce from the farm and include a journey through the restaurant’s extensive wine room, laboratory and kitchen for different courses. There is also an à la carte menu serving salads of vegetables delivered from the farm that morning, or pumpkin soup with sea urchin caviar and quail’s egg.

Who are the chefs? Ivan started off studying to be an engineer, but he soon joined Sergey at culinary school and the pair set off on separate paths. Ivan went to Spain, where he worked at El Bulli and El Celler de Can Roca, and Sergey settled in St Petersburg. When Sergey entered the San Pellegrino Young Chef competition in 2013, Ivan told him that if he won, they should open a restaurant together. He did, so the original Twins was born in 2014, and Twins Garden opened in 2017.

On vegetable wines: Twins Garden has one of the biggest wine collections in Russia, but its most unique feature are the vegetable wines that the Berezutskiys have spent the last year developing. Using the same process as traditional grape wines, they produce small batches of low-alcohol tomato, carrot, parsnip and even leek wine to pair with their vegetable tasting menu, and they are constantly experimenting with different produce. There is also a beetroot beer.

Other ventures: The brothers run several other operations in Moscow, including the popular Wine and Crab restaurants and Twins Wine Space.

Charity cause: All proceeds from the chef’s table go to the Twins Fund, which supports children in need, provides shelter for animals and helps restore Orthodox churches.